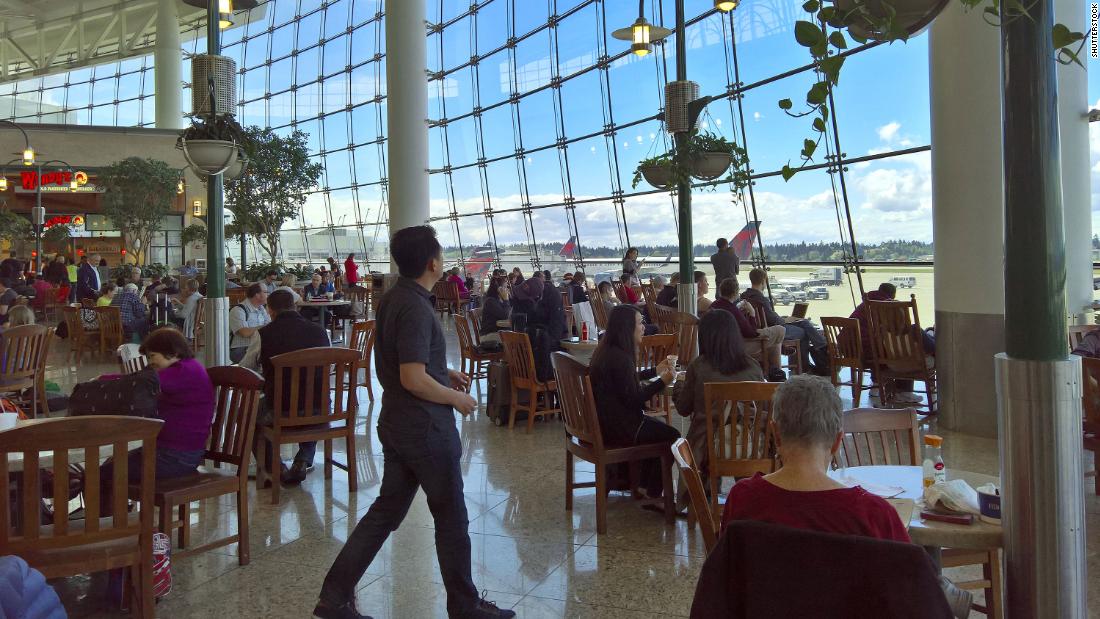 Share on Facebook
Share on Twitter
Share on Pinterest
Share on LinkedIn
The idea is that non-ticketed visitors will use the program to surprise arriving loved ones, enjoy extra time with friends and family and, of course, spend money at the airport’s stores and restaurants. The Port of Seattle is set to officially announce the SEA Visitor Pass program in a Monday news conference, Sea-Tac Airport spokesman Perry Cooper said.
The program builds off of last year’s six-week pilot program that allowed non-ticketed guests to go through security and reach the airport gates.
“It’s been 17 years since anyone without a ticket has been able to enjoy areas of the airport beyond security,” Port of Seattle Commissioner Ryan Calkins said at the time. “And yet some of the airport’s best features are there. Great restaurants, local musicians performing in the concourses, and some of the best views of the planes coming and going against the backdrop of Mt. Rainier and the Olympics.”
In all, 1,165 people took advantage of the pilot program last year, the port said. Cooper said in an email that they received very positive feedback on surveys from participants.
The pilot program was limited to 50 visitors a day. To get access, guests had to apply online the day before a visit and get approved by the TSA. On the day of the flight, these non-ticketed visitors still had to go through the regular airport screening process.
The program gives visitors a glimpse of airport life before the 2001 terrorist attacks. In the ensuing security crackdown, visitors were required to have a paid ticket and valid ID to get through security.
A blog on the Port of Seattle website also encourages people to attend business meetings, explore the night market and visit its Pearl Jam poster exhibit.
Other airports have added similar programs in the hopes of boosting airport foot traffic. Pittsburgh International Airport became the first US airport to bring back public access to gates in 2017, and Tampa International Airport recently allowed up to 25 non-ticketed visitors on Saturdays.
“For years, we’ve heard from travelers and non-travelers alike who want the opportunity to shop the stores at the airport,” said Allegheny County Executive Rich Fitzgerald said when the Pittsburgh program launched in 2017.
This article was originally published by Cnn.com. Read the original article here.
Share on Facebook
Share on Twitter
Share on Pinterest
Share on LinkedIn

Social Security, Medicare should be ‘off the table’ in debt ceiling talks, McCarthy says
A Personal Journey Combining History, Simplicity, Sanctuary: In Quito, Ecuador, and Casa Gangotena. Part 1
Visual impairment care charity ordered to pay ex-employee £25,000
19 of the best free things to do in Dublin
How Easy Is It to Pirate Books?