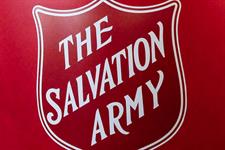 The Salvation Army has breached the Code of Fundraising Practice for a second time in consecutive quarterly adjudications.

The charity was responsible for one of eight complaints upheld by the Fundraising Regulator when in September it began naming every organisation it investigates.

The organisation apologised for an “unacceptable oversight” for sending direct marketing to 83 people whose names should have been removed from its lists.

When the regulator published its second quarterly rulings last week, the Salvation Army was one of five charities found to be in breach of the code.

The latest adjudication says the charity failed to act on a request from a person in May to only receive notifications for the charity’s Christmas and Easter appeals.

“The complainant cancelled their standing order with the charity and on 27 July 2019 requested that it stop contacting them entirely,” the ruling says.

Investigations revealed the Salvation Army had updated the complainant’s postal contact preferences but not their email preferences.

The ruling said the charity “failed to investigate and appropriately respond to the complaint”.

But it added it was “encouraged to see how proactive the charity was in acting on the learning from this complaint in order to ensure its future compliance with the code”.

A spokeswoman for the Salvation Army said: “As soon as we learnt of our error, we reacted quickly to correct our mistake and apologised to the donor.

“Moreover, we have updated the training for our donor care team and also improved our systems to ensure email lists are re-checked shortly before being sent.”

The Salvation Army was one of seven cases investigated in the regulator’s second tranche of quarterly reports.

The charity was asked to write to the regulator within two months outlining what action it had taken to prevent repeats.

A spokesman for Against Breast Cancer said: “We are working closely with the Fundraising Regulator and our partners to adopt in full the recommendations that have been made.”

It dismissed a complaint against SSAFA, the armed forces charity.

The Swifts
15 Types Of Chains For Men and How You Should Wear Them in 2023
Police raid bank owned by ex-trustee of King Charles’ charity
Advice for Discarded Kids
A talk with Merck Mercuriadis, the Canadian spending billions on acquiring song catalogues