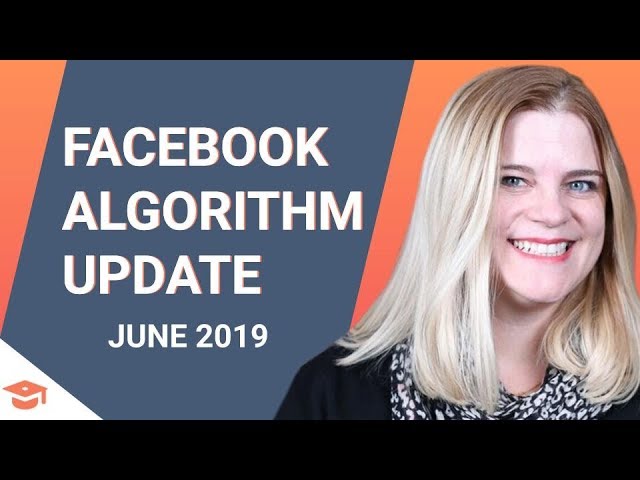 Facebook loves to change things up, and you always need to be prepared to shift your strategy when that happens.

In this video, we’ll talk about several of Facebook’s algorithm updates from June 2019.

These updates came about as a result of a bunch of surveys that Facebook did earlier this year, which asked users to voluntarily list the friends that they are closest to. As a result of those surveys, they began to look at the patterns that emerged, “some of which include being tagged in the same photos, continuously reacting and commenting on the same posts, and checking-in at the same places.” Then they used these patterns to inform the algorithm.

What this essentially means is that Facebook is using more data points to shift their algorithm and show more from your closest friends. But, they tell us that: “This doesn’t mean the News Feed will be limited to posts from only certain people – and it doesn’t mean you will necessarily see more friend content. Rather, you will likely see posts from those you have close relationships with higher up in your News Feed.”

So what are some ways you can take advantage of these algorithm changes?

1. Use more video: Video in general tends to receive more engagement, regardless of the social channel you are on. But more importantly, the recent changes Facebook made to their video algorithm mean the format is more important than ever. Experiment with a mix of live video and pre-recorded video.

3. Create content designed to promote engagement: Ask questions. Use polls. Request feedback from your audience. Just steer clear of requests such as “like if you agree” or “share if” sorts of posts, which Facebook considers lower in value. As a result, they may de-prioritize that content.

4. Boost posts that are getting good organic reach. Since the algorithm favors engagement and relevancy, having that in place before you boost the content will help you maximize your ad spend and reach.

The good news is that if you really pay attention to what your audience wants, and are producing great quality content to meet those needs, then these algorithm changes may enable you to have better engagement and reach with your Facebook followers.

GM smashes expectations and guides toward a strong 2023, despite margin squeeze
Travel companies are ‘greenwashing’ — here are 3 ways to find ones that aren’t
U.S. unemployment system still plagued by delays 3 years after pandemic-era downturn
6 of the best day trips from Budapest
Boeing plans to add a new 737 Max production line to meet strong demand