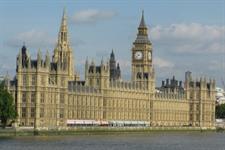 Danny Kruger, co-founder and former chief executive of the criminal justice charity Only Connect and a former government adviser on civil society, was among the people with a voluntary sector background to have been elected to parliament in yesterday’s general election.

Fleur Anderson, who has worked for a slew of development charities including WaterAid, Cafod and Christian Aid, provided a rare moment of celebration for Labour by winning the formerly Conservative seat of Putney.

Sue Wixley, who previously worked for Hospice UK and the charitable think tank NPC, came third for the Liberal Democrats in the same constituency.

The Conservative candidate Nicola Richards, who previously worked for the Holocaust Educational Trust, won West Bromwich East from the Labour Party, which was the seat held by the former Labour deputy leader Tom Watson, who did not stand this time around.

Munira Wilson, who has previously worked for charities including Save the Children and Beating Bowel Cancer, comfortably held Twickenham for the Liberal Democrats, succeeding the party’s former leader Sir Vince Cable.

Henman increased his party’s vote share by more than 4 per cent but missed out by about 2,500 votes.

It was a lot closer for Conservative Ryan Henson, who works as a political adviser at the Cafod but who narrowly missed out on gaining the Labour seat of Bedford by just 145 votes.

Laura Gordon, who previously worked for charities including Oxfam and Save the Children, was unable to overturn the Labour majority in Sheffield Hallam for the Lib Dems, missing out by about 700 votes.

Those leaving parliament with knowledge of the voluntary sector include Anna Turley, a former shadow minister for civil society, lost her Redcar seat to the Conservatives, and Susan Elan Jones, a Labour co-chair of the All-Party Parliamentary Group on Charities and Volunteering, lost Clwyd South to the Tory candidate.