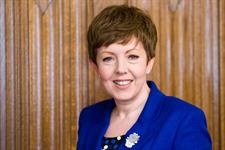 Charities should be wary of embarking on change unless it has the support of the public, according to Baroness Stowell, chair of the Charity Commission.

In a speech this week, Stowell said trust in charities had declined and voluntary sector leaders could no longer “assume legitimacy” in the eyes of the public.

People, she said, expected charity leaders to show they were motivated by a greater good, and their organisations should be able to demonstrate this.

“If we are to meet the challenge of a decline in public trust, charities must show the people they rely on for support that they are taking them seriously,” Stowell told the Network of Women Chairs in London.

“When charities change and make improvements to how they operate – whether to fundraising methods, how they collaborate with other charities, or the way in which a charity responds when a serious error or failing occurs – they need to say they are changing to meet legitimate public expectations.”

“What I’m asking is that you come forward and start acknowledging in public how you are changing and why,” she said.

“I know that can be a scary thing to do, ‘putting yourself out there’.

“My slightly brusque response would be: you did that already in taking on a leadership position – as chair or as chief executive – of a charity.”

Stowell said the commission was working harder than ever before in pursuit of the “bad guys”.

She said: “Since the beginning of April, we have brought 95 statutory inquiries to a conclusion, including some that were complex, and long-running.

“This is a far higher rate of closure than we’ve seen in previous years.”

She added the regulator was improving its web services and had shortened its guidance on safeguarding and protecting people from nearly 4,700 words to under 1,850 words, “making it significantly easier for busy trustees to use”.

The commission, she said, needed charities’ help in upholding the sector’s reputation.

“People want to see that what goes on in a charity is motivated by the same spirit of charity that prompts them to volunteer at a shelter on Christmas day,” she said.

“For example in the way they make decisions about how to fundraise, about how much to pay their senior leaders – and crucially why. In the way they treat their own staff.

“People want charity leaders to be more conscious in showing they understand what is expected of them.

“That is what we at the commission are calling on charity bosses to help us with. Because that is what will assist in maximising the benefit of charity to society.”

Nine simple rules: the secret formula for hosting the perfect week away
What to Watch: Chucky, Grey’s Anatomy, The Mole
Despite success this year, underperformance rates are ‘abysmal’ for large-cap active managers for the long run
Grace
Summer’s over, but the European travel season isn’t