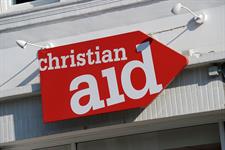 Christian Aid has revealed plans to close all of its regional offices in England in the first phase of a new global strategy that could lead to up to 200 job losses.

The charity announced in the summer that it planned to restructure and withdraw from 12 countries as part of plans to save £7m a year.

But it said the Warrington office would continue to operate in a new capacity, hosting a central supporter engagement team.

The regional offices provide support to thousands of volunteers who fundraise and campaign on behalf of Christian Aid, especially during its annual fundraising week in May.

These roles will now be carried out by the central supporter engagement teams and a network of home-based regional support staff.

Some regional office staff will be retained under the new system. Under the plans, the charity’s London headquarters will continue to operate.

“This new, more effective model will provide excellent supporter care, including to new churches that would like to come on board with Christian Aid,” said a Christian Aid spokesman.

He said the union Unite, which the charity recognises, was “actively involved in the consultation process and continues to offer support for our staff”.

He said: “Christian Aid also has a people team, which is ensuring that both counselling and practical support for helping to find alternative work is being provided.”

The charity said in August that about half of the 200 or so jobs that were identified as being at risk were in the UK.

“We will exit some in March 2020 and others over the following 12 months,” the spokesman said.

Its work in Latin America will be managed as a regional programme from an office in Nicaragua.

Christian Aid will continue to run programmes in 15 countries.

“The focus of the organisation will continue to be fighting the injustice that is poverty,” the spokesman added.

Phase two of the changes, which will affect Scotland and Wales, will be revealed at the end of January.

The changes are expected to be implemented in April after a consultation period.

Amanda Khozi Mukwashi, chief executive of Christian Aid, said in a statement: “We are embracing our ambition, mandate and destiny to help stop the scourge of poverty, dismantle power structures that perpetuate extreme poverty, injustice and inequality, and use our voice and agency to break the silence.

“Going deeper rather than wider, being more impactful and ensuring that we get maximum value out of every pound we raise and spend is what we want to achieve.”