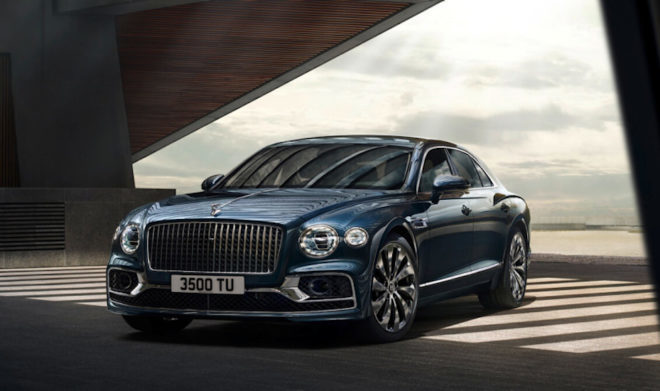 Bentley Motors recently unveiled the third generation of their most advanced luxury Grand Tourer:  the all-new Flying Spur for 2020, the latest luxury four-door grand touring saloon by the appointed holder of Her Majesty’s car manufacturing warrant. The 2020 Bentley Flying Spur is  the British marque’s most driver-focussed, grand tourer that combines the refinement of a luxurious limousine with sporting agility. Hence, unlike earlier models, this 2020 Flying Spur is both for the driving and the driven. 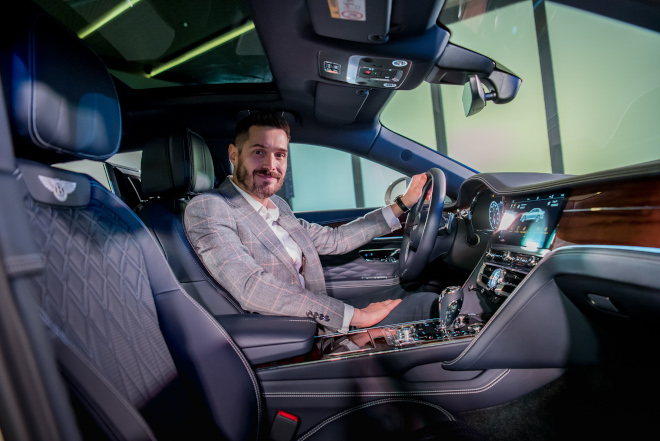 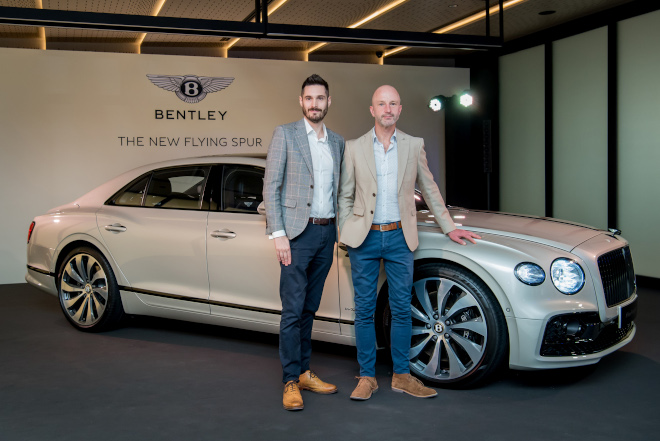 Bentley’s most advanced luxury Grand Touring sedan can now be specified with a range of subtle but distinctive features – the British marque’s distinctive Blackline specification where exterior brightware is now replaced with bold black, creating a powerful, head turning road presence for the Flying Spur. 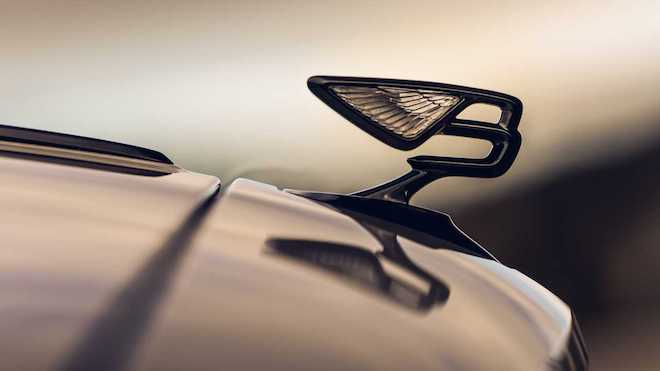 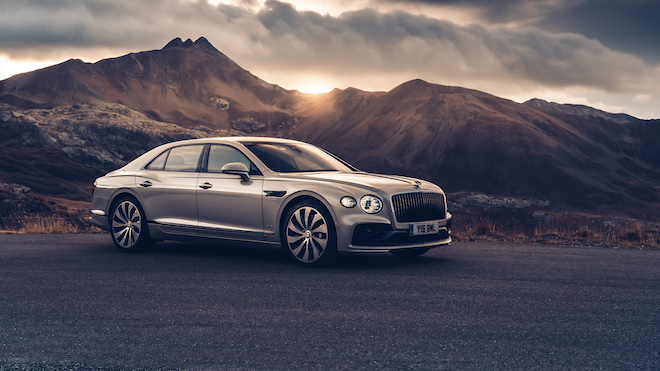 Everything from the iconic Flying B mascot, radiator vanes, matrix grilles, side window surrounds, and lower door and rear bumper blades have received Bentley Blackline’s distinguished, darkened treatment – a design aesthetic which extends to features that are usually chrome like headlight and rear light bezels, door handles and even the wing vents.

Handcrafted in Crewe, England, Bentley’s latest Flying Spur is  powered by an enhanced version of the brand’s powerful 6.0-litre, twin-turbocharged W12, combined with a dual-clutch eight speed transmission for faster and smoother gear changes, completing its century sprint (0-100kmh) in 3.8 seconds and topping out at 333 kmh. This makes the “Crewe’s missile” one of the more sportive limousines on the market today,

Stately, the massive grille, though divisive, telegraphs grand luxury and… arrogance – like it or hate it, this design feature spells “look at me” even before you notice the quiet elegance of its sculpted, more muscular proportions. A classic signifier of old-world money, a gleaming hood ornament has been updated with Bentley’s redesigned “Flying B” logo available on the first time on the modern-day Flying Spur.

Inside, the handcrafted cabin features newly designed, extremely comfortable leather seats in an array of 15 colours for you to choose from, with Bentley’s ‘Wing’ theme stylised across the dashboard and lower fascia. The centre console with customisable 12.3 inch HD touchscreen and wireless charging for mobile phones is particularly impressive from a technological standpoint but the aesthetics are where the British brand’s remarkable attention to detail becomes even more evident. 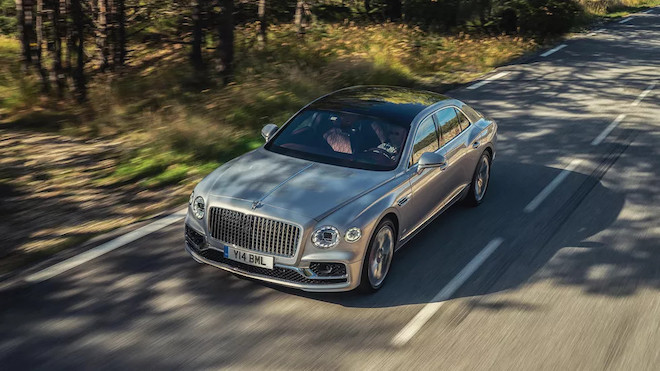 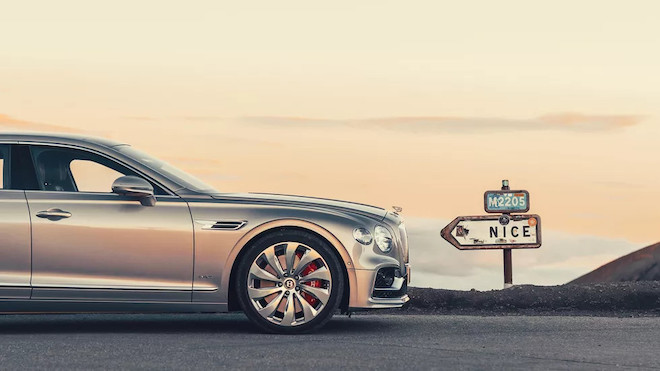 “We were looking to break new ground with the new Flying Spur through a progressive, no-compromise approach to every aspect of the project. We have embraced the use of the latest technology to ensure that not only the Flying Spur, but all future Bentleys, are at the cutting edge of what is possible.” – Brett Boydell, Head of Interior Design of the Flying Spur Bentley’s design and engineering teams overcame a series of unprecedented challenges to create the unique look and feel of the ‘facet knurling’ that adorns the surfaces of the front console vents – which incorporate some 5,331 individual diamond shapes alone – as well as the B- pillar and rear console vents. The unique Diamond Knurling Specification sees traditional craftsmanship brought into the digital era through the application of state-of-the-art technology, matching the peerless comfort and refinement in the spacious cabin, further enhanced by an extensive list of Single and Dual Veneer wood options. 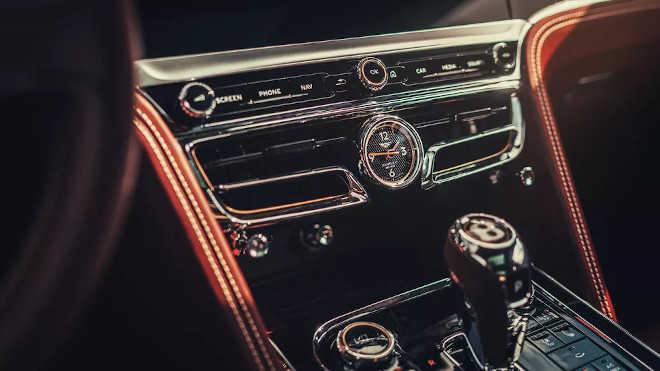 For the first time, cutting-edge parametric design software, more usually utilised in the architectural world, was used to create a series of computer- generated algorithms that allowed the designers to apply the incredible detail of the diamonds to surfaces that were constantly changing in dimension and curvature unlike anything previously seen, effectively  producing a form of jewellery for the console of a mere automobile. 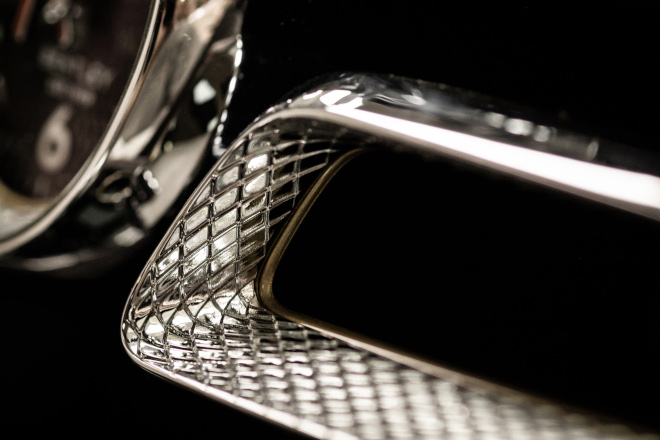 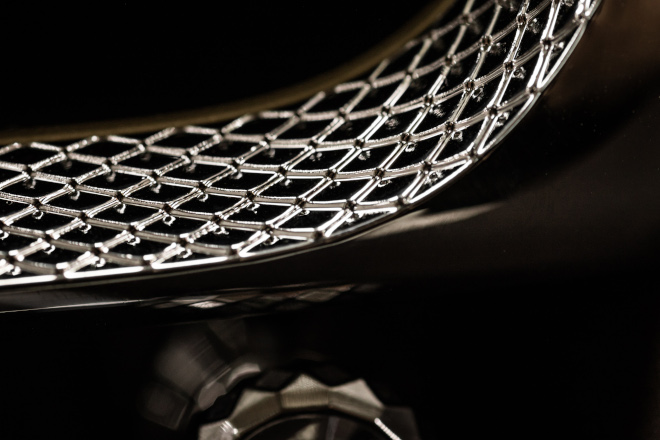 Unlike contemporary “premium fitting” found on new luxury sedans, this is not mere moulded ABS plastic painted to look like chrome metal knurling; Such was the complexity of the work required, with no compromise in terms of the quality and finish of the metal knurling, that more than 20 of the world’s leading component suppliers asserted it to be impossible.

Princess F65 Flies the Flag for F Class
Op-ed: Salesforce appoints ValueAct’s Morfit to its board and a proxy fight may loom ahead
All the Beating Hearts
Evergreen
The Fair Tax Act, explained: What to know about the Republican plan for a national sales tax, decentralized IRS