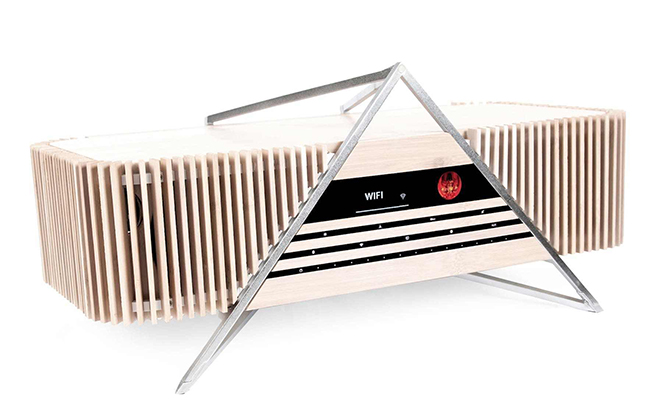 Caged in a bamboo-aluminium frame, the modernized machine connects to home Wi-Fi networks via a push-button WPS set-up, enabling users to stream music through applications or stored audio files on Bluetooth or network devices such as computers and NAS drives. 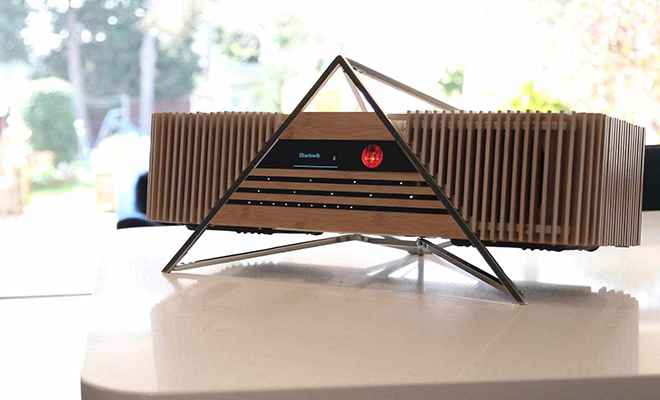 Featuring six drive units concealed by bamboo fins which curve around the sides, the Aurora includes two bass radiators underneath and a central control panel with a touch-sensitive surface and an inlaid OLED display. 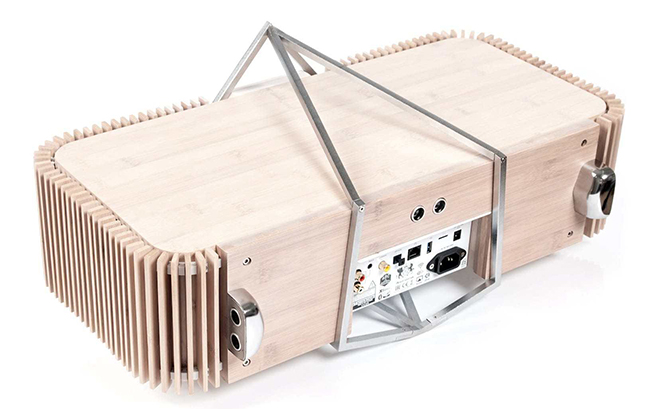 Each unit supports up to 32bit/192kHz via Wi-Fi, USB or Ethernet cable and Bluetooth codecs such as aptX HD, LDAC, LDHC, and AAC. Compatible with any UPnP or DLNA streaming app, users can control and configure the Aurora system through third party devices such as Airplay and Spotify Connect. 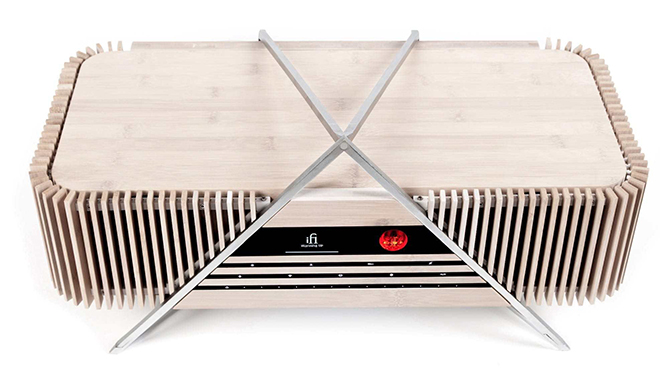 For an increasingly immersive experience, several Auroras may be linked together through a singular Wi-Fi network, creating a multi-room sound system in which music can be played in-sync or individually controlled. 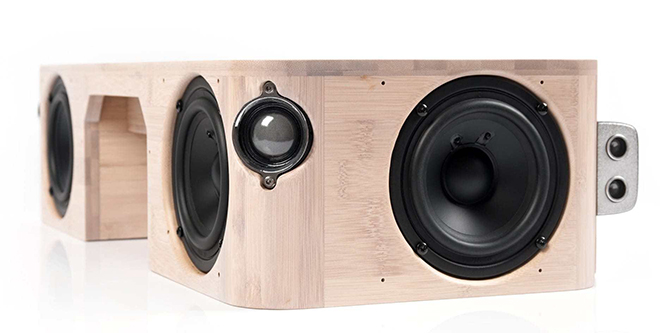 Incorporating iFi’s PureEmotion amp technology, the Aurora features a hybrid circuit design which includes a Russian 6N3P valve, and a chip from ESS Technology’s 32bit Sabre DAC family. With the capacity to switch frequency at ultra-high levels of an estimated 1.5MHz, the Aurora presents superior efficiency through multiplying the valve’s current by several thousands’ whilst maintaining substantial linearity and low noise. 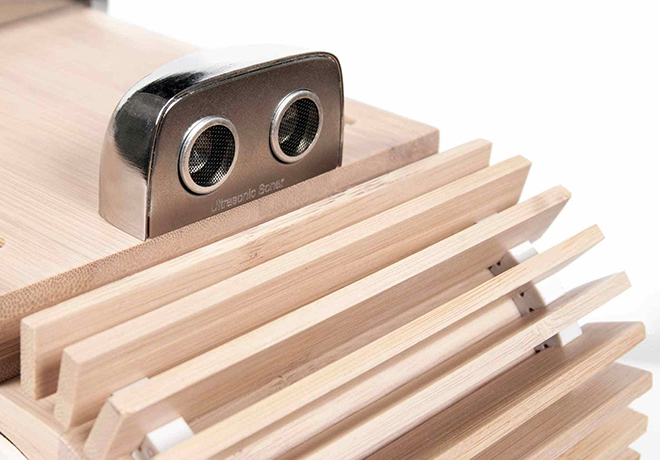 Weighing an estimated 20KG, the player includes Optical, coaxial, USB and Ethernet inputs cater for digital sources, a 3.5mm socket for analogue input and a slot for microSDHC cards. The Aurora is currently available for sale in-stores and online through iFi Audio at £1,399.