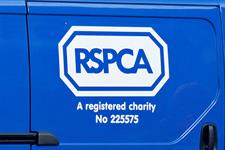 RSPCA staff could strike in February after a union poll indicated huge opposition to proposed changes to pay and conditions.

In an indicative ballot by the union Unite, which has more than 800 members at the RSPCA, 88 per cent of them said they were prepared to take industrial action.

Unite will hold a formal ballot in the new year on possible industrial action in February and will consult members about what form any action would take.

Debbie Watson, a regional coordinating officer for Unite, said: “Our RSPCA members have voted overwhelmingly in a consultative ballot that they wish to proceed to a full-scale industrial action ballot in the dispute over new performance pay contracts and the bullying culture within the organisation.

“Unite the union will be meeting its RSPCA reps on Friday for discussions to chart the next steps in this dispute. Unite won’t be commenting further until after Friday’s meeting.”

A Unite newsletter to staff yesterday revealed the ballot results.

The newsletter urged staff to resist “threats” from the senior leadership team to dismiss them if they do not sign new contracts before Christmas.

Chris Sherwood, chief executive of the RSPCA, emailed staff last week urging them to sign their new contracts, which are effective from 1 April next year, by 20 December.

Management plan to dismiss staff who do not accept the new terms, which include a performance-related pay scheme.

But Unite’s newsletter says: “You will not be dismissed if you do not sign before 20 December. You have until 31 March 2020.

“Do not buckle under the deliberate pressure being generated by senior management – the 20 December deadline is meaningless.”

An RSPCA spokeswoman said: “We recognise that the changes we are introducing to our pay and reward framework have caused concerns among some employees, but these proposals deliver the urgent financial sustainability for the RSPCA that is needed to continue to help animals.

“Throughout this process we have reassured staff that their base pay and employee policies such as sick pay are not affected and this is not an attempt to reduce, lessen or impair the position of the union.

“We are encouraged that employees are signing and returning contracts, and we will continue to discuss openly and transparently with our valued staff why these changes are required and their importance in creating a sustainable organisation that can have maximum impact for animals and people.”

The charity generated income of £142m in the year to 31 December 2018, up from £140.9m the previous year, but spent £159.8m. This was the first time expenditure had outstripped income in at least the past six years.

Unite has not previously revealed the size of its membership at the RSPCA, which has about 1,700 staff.