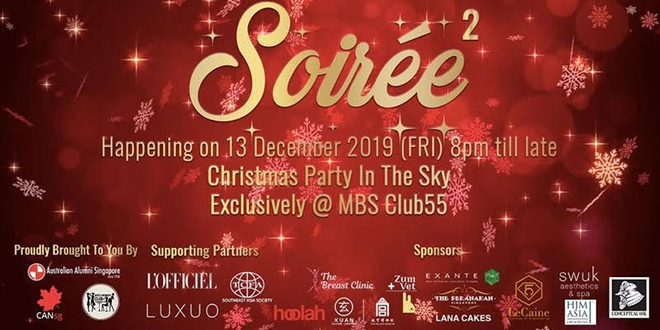 Singapore’s extravagant “Soirée” mixer party returns this December 2019. The Soirée 2: Christmas Party In The Sky will be held at one of the nation’s most exclusive and luxurious lounges, the Marina Bay Sands Club55 on 13th December, Friday – in partnership with L’Officiel, LUXUO and TCFA Southeast Asia Society. 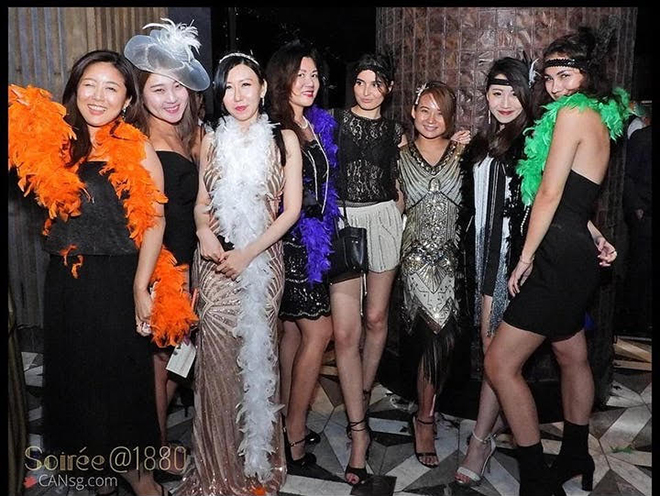 With an expected guestlist of over 150 guests, the Soirée is an eccentric mixer party series by Canadian Alumni Network Singapore (CANsg) – and its second installment “Soirée 2” is the company’s collaborated effort with Australian Alumni Singapore, an established umbrella organization for over 200,000 Singaporean/Singaporean-based graduates of Australian universities, and Gentlewomen’s Club – a community of women supporting women in a non-judgmental environment. Each organization shares a common goal of building rapture and friendship within Singapore’s diverse community. 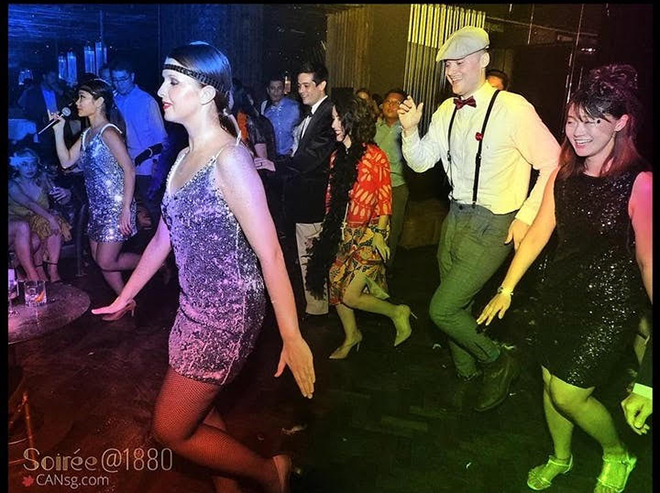 A guaranteed astonishing night not to be missed, the Soirée series is the epitome of glitz and glamour, bringing dazzling themes to life with an unforgettable panoramic view of the city-skyline as its backdrop. 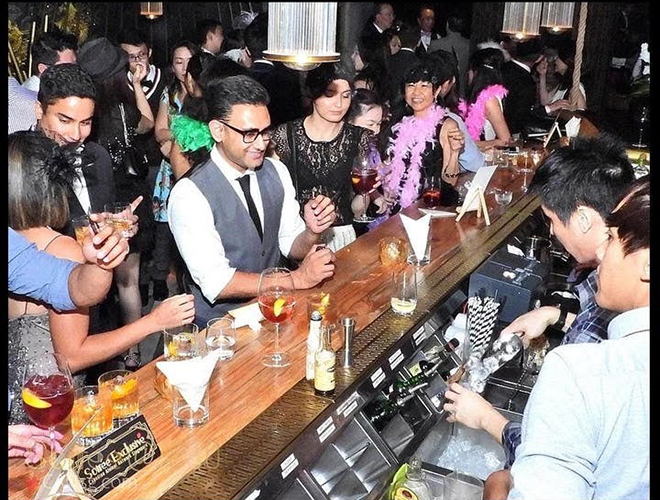 Eat, drink, dance and be merry with the city’s most glamorous jetsetters as Soirée proudly presents a Jazz trio featuring music stylings of iconic Christmas classics by virtuoso saxophonist Corey Manders and guitarist Rick Smith – as well as, irresistible prizes in the form of 1.5ct asscher-cut stud earrings from LeCaine Gems and treatments by SWUK Aesthetics for the event’s Christmas fancy dress contest and lucky draw winners.