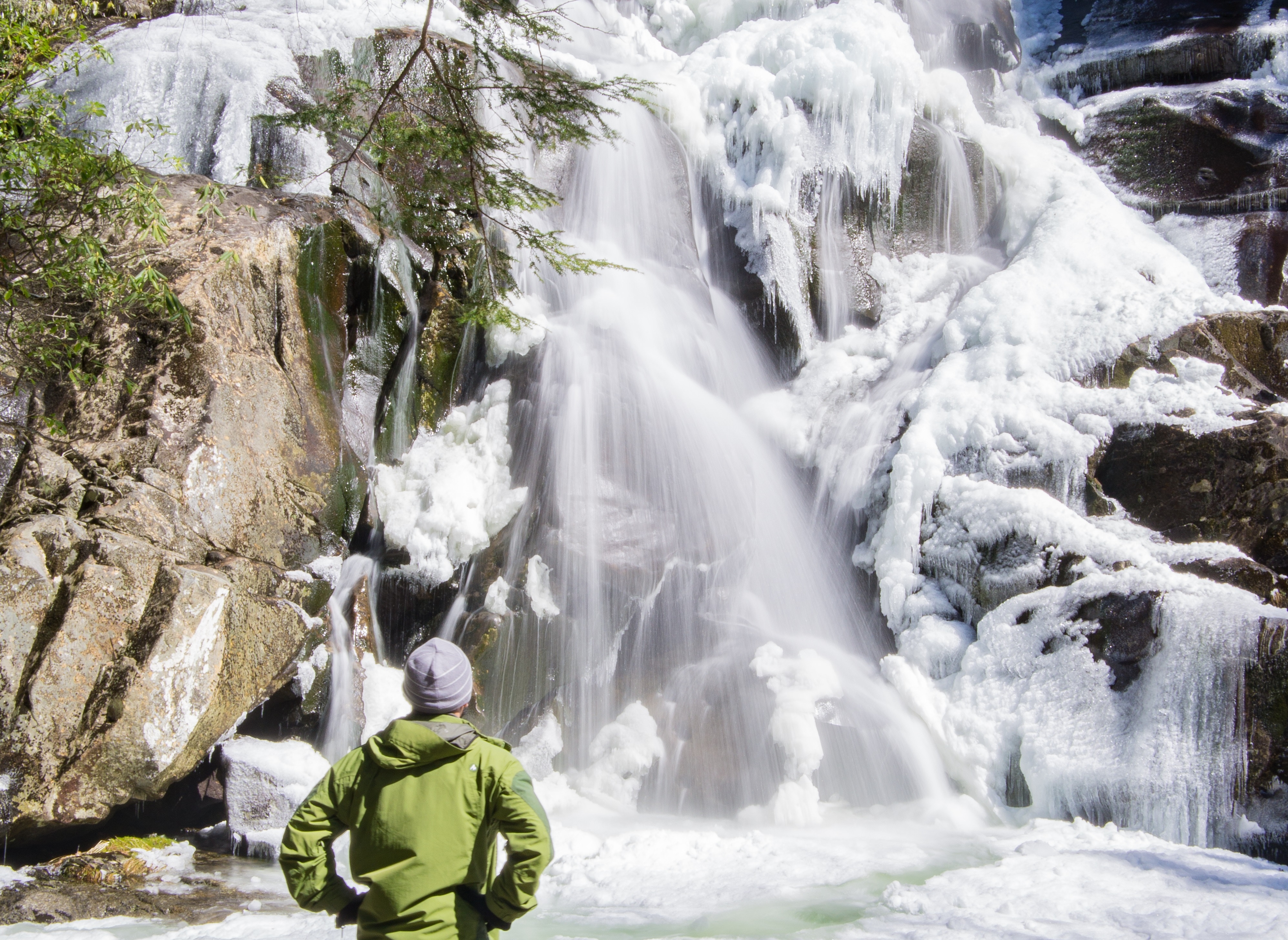 Lonely Planet Pathfinder, Nick Alvarez of Be Real Travel, recently returned from a trip to Great Smoky Mountains National Park – one of our best value destinations for 2019. Armed with his camera and tripod, he embarked on a journey to capture the park’s numerous waterfalls in full flow.

As the most-visited national park in the USA, Great Smoky Mountains is packed with magnificent sights including majestic mountains, captivating wildlife, and historic buildings. However, for this particular trip, I had one focus – waterfalls. Thanks to high elevations and abundant rainfall, Great Smoky Mountains National Park is a waterfall chaser’s dream. Near the end of winter, despite temperatures often being below freezing, I set out to visit six of the park’s waterfalls, and to illustrate what makes each of them unique.

On our first day in the park, my wife and I hiked to Laurel Falls, one of the its most popular attractions. Upon reaching the waterfall, I immediately understood why it is so popular – water streams down multiple levels of rock to incredible effect. The cherry on top of the cake however, is a walkway located just a few feet from the base of the waterfall, which allowed us to appreciate the grandeur of the streams up close. Though much of the hike to this waterfall is uphill, it isn’t too difficult – if my pregnant wife can do it, so can you!

As the park is home to over a thousand black bears, I carried an air horn with me on all hikes, ready to defend myself in case of an encounter. Though I didn’t end up bumping into a bear, I did confront another beast: Abrams Falls. I was awestruck by the speed at which such a large volume of water raged down the waterfall. As I gazed at its raw power, I pondered, ‘would an air horn actually scare a bear off?’ I’m glad that I didn’t have to find out!

In addition to epic Instagram opportunities, there is another benefit to visiting a waterfall – it’s very therapeutic. Lynn Camp Prong Cascades is a great example of this, as the waterfall is set within a beautifully tranquil scene along a river. What this waterfall lacks in size, it makes up for in serenity. It was the perfect place to de-stress and relax, aided by the soothing sounds of trickling water.

Meigs Falls taunted me from behind the moat-like Little River, which we weren’t able to cross due to heavy rain. Forced to admire the waterfall from afar, I revelled in the lush scenery that surrounded it that much more. Visible from the road, this waterfall is ideal for those that are unable to (or prefer not to) hike. I’m all for the sense of fulfillment that comes with completing a challenging hike, but if a waterfall requires minimal work for me to visit and enjoy, you won’t hear me complaining!

Immersed in the action

While Mouse Creek Falls is an entrancing, multi-leveled waterfall, what makes it truly magical is the way in which it can be experienced. This waterfall exhibits two uncommon characteristics: first, unlike many waterfalls that flow along a river, this waterfall flows down into the side of a river. Second, rocks jut out from the riverbank opposite the waterfall, which allows you to step out into the middle of the action. With the river rushing on both sides of me and the waterfall crashing down in front of me, I wasn’t merely an onlooker, I was a part of the scene.

A song of ice and snow

Hiking in below freezing temperatures can be a harsh endeavor, but through it all, I was inspired by the possibility of seeing a partially-frozen waterfall. My resilience was rewarded by Ramsey Cascades, a towering behemoth lined with ice and snow. I marveled at humongous chunks of ice breaking off and crumbling down the waterfall. If there’s one thing that Great Smoky Mountains National Park taught me, it’s this: a waterfall isn’t just a sight, it’s an experience.

Do you love to write about your travels? Or perhaps Instagram is your thing? Find out more about our Pathfinders programme and how you can contribute to Lonely Planet here.

Damen Yachting launches SeaXplorer 58
Marilyn Manson Sued for 1990s Sexual Battery of a Minor
Here are the 2023 Newbery, Caldecott, and Printz Award Winners
‘The Last Of Us’ Recap: Bill & Frank’s Riveting Story Is Revealed As Joel & Ellie Make Their Way To Them
New senior role created at one of UK’s biggest charities