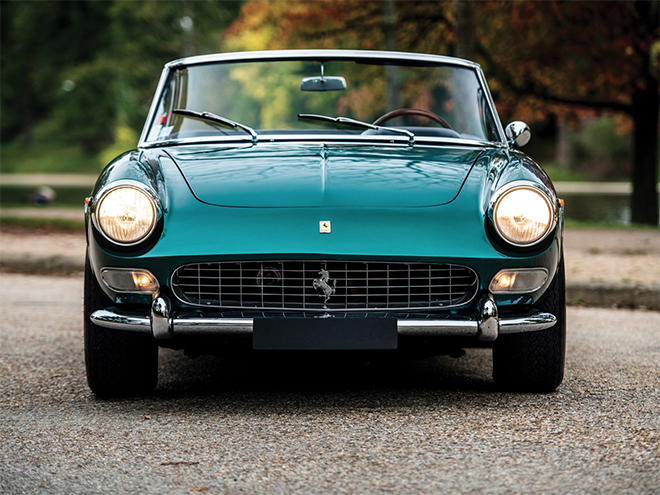 Despite the steel-aluminum doors, bonnet and trunk lid, the 1965 Ferrari 275 GTS by Pininfarina is distinguished by its uncovered headlamps, triple-louvered fenders, tapered rear end, and standard Borrani wire wheels. With only 200 examples built over an 18-month production period, the 275 GTS is far rarer than its closed Berlinetta, 330 GTS and 365 GTS counterparts.

Prized many marque enthusiasts today as the luxurious grand touring expression of a celebrated 3.3 liter platform, the 275 GTS has evolved into one of the era’s most collectable open Ferraris. 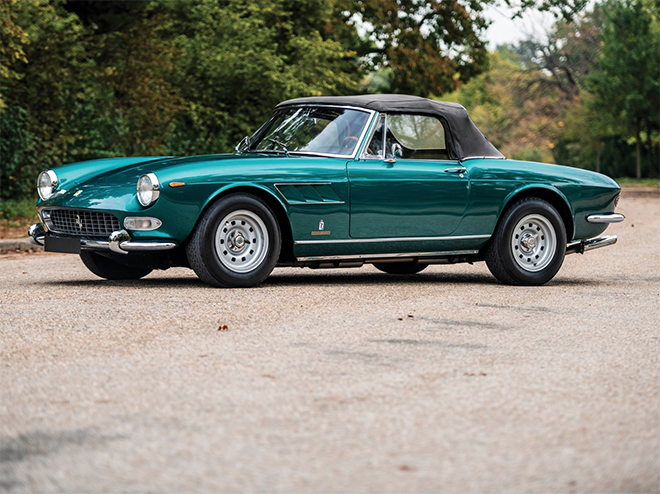 Once owned by Prince Abdallah Moulay, the brother of Moroccan King Hassan II, the 275 GTS benefitted from an early 2000s restoration which included refinishing in original Verde Pino Metalizzato paint – the 275 features a trimmed cream leather interior, two additional fog lamps, and is registered on national Moroccan plates which read ‘3267-50’.

As the 189th example built (chassis number 08015), this 275 GTS was assembled in July 1966 and ordered new by the Prince, carrying a nationalistic significance as its color scheme matched those of the North African coastal kingdom. 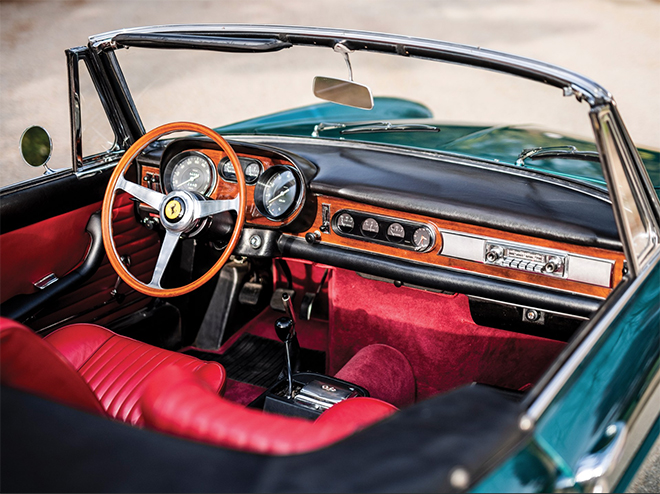 Having passed through the hands of influential figures, the Ferrari was sold to Frenchman, Rene Roux in the late 1960s and eventually exported to the United States in the 1970s where it was purchased by Jim Sfetko of Kansas City in March 1975. Sfetko clung unto the beauty for a solid six years before returning to the dealership for a major restoration which included engine freshening and a red repaint. 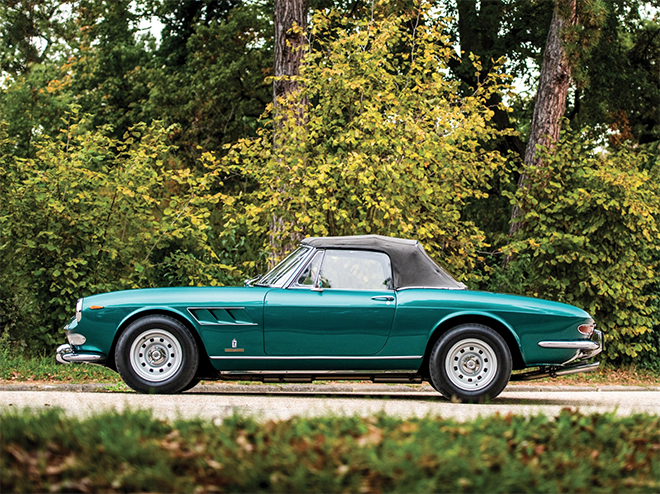 By mid-1987, the Ferrari 275 GTS’ interiors were retrimmed in black leather under the new ownership of the well-known partnership Rick Cole and Marty Yacoobian – before being handed over to a reputable New York dealership, Ed Jurist’s Vintage Car Store, a few months later.

With a odometer display of 47,300km, the Ferrari was auctioned in Monaco, October 1988 to a German enthusiast which treated the car to an Auto Neuser servicing in Nürnburg, West Germany and later resold it to Paris-based attorney, Marc Daubas in October 1992. 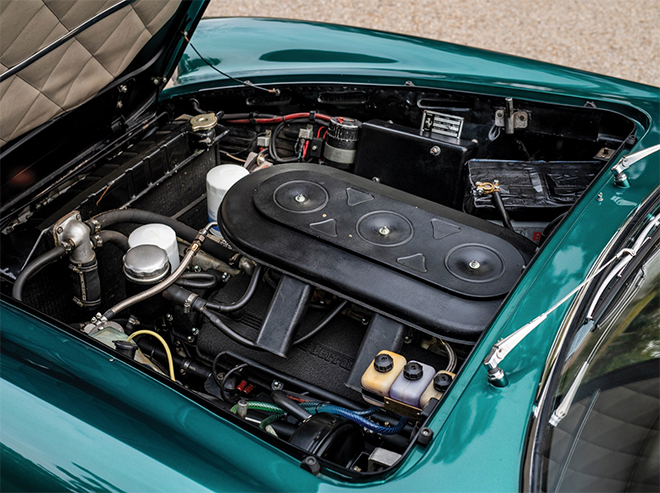 Making grand appearances at several enthusiast events such as the Club Ferrari France meeting at Mas du Clos in 1995 and the Ferrari Historic Challenge at Dijon-Prenois in June 1998 – the 275 GTS underwent a continuous stream of freshening bouts, commencing with a complete engine overhaul by Garage Supersport France which included an innovative cooling system and stainless-steel exhaust system. 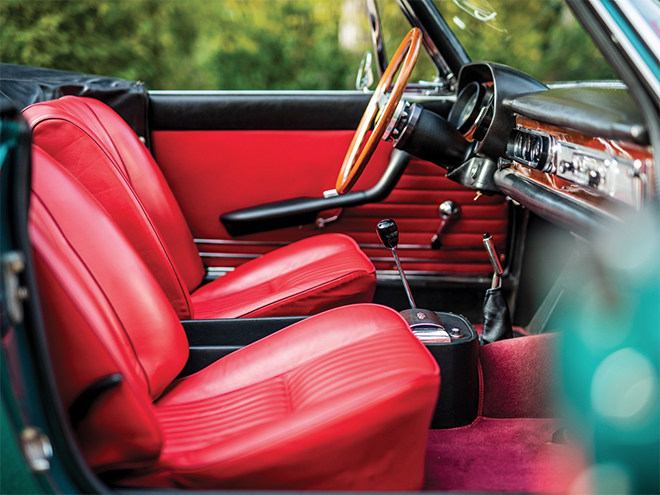 Almost as if coming full circle, the 275 GTS was restored to its original paint color in 2001 and its interior was retrimmed in red leather for a distinctive and arresting contrast in 2002. By 2003 the 275 GTS  had accrued 71,000km and was acquired in 2015 by a respectable French collector who fastidiously maintained the car’s prestige. 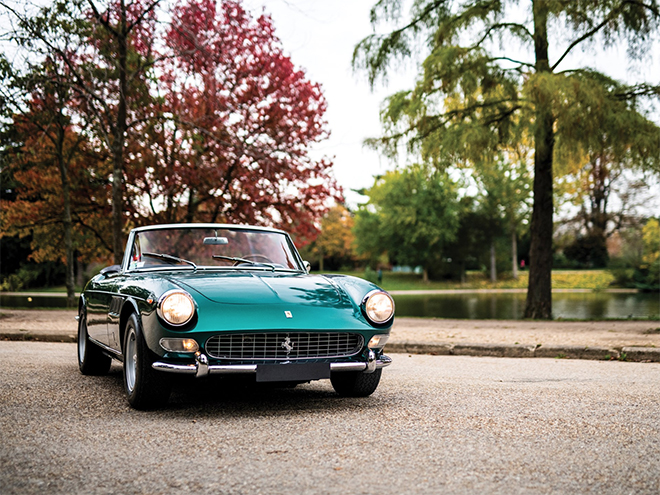 With over 93,000km displayed on its odometer, the 1965 Ferrari 275 GTS retains its original engine and despite being fitted with a non-original gearbox of the correct specification – each and every Ferrari 275 model is a mouth-watering collector’s item which continue to spark a frenzy at every auction. 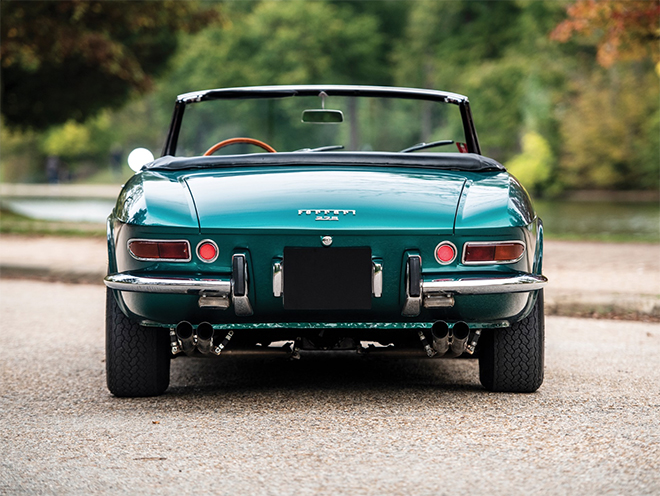 The 1965 Ferrari 275 GTS is currently for bid in the United Arab Emirates under a temporary import bond, which upon purchase can be cancelled either by exporting the lot elsewhere with an approved Bill of Lading and supported customs documentation.