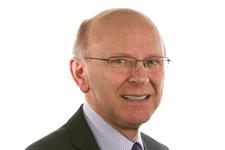 Sir John Low, chief executive of the Charities Aid Foundation, is to step down next year.

Low, who has led CAF since 2007, said he would leave the organisation once a successor had been appointed.

Low joined CAF after five years in the top job at the RNID, now Action on Hearing Loss, and also spent four years as chair of the charity chief executives body Acevo.

He was knighted in 2017 for his charitable work.

Low, who is 66, is understood not to have made any firm plans for what he will do once he steps down from CAF.

CAF provides services including banking, investment and payroll-giving services for charities, but also distributes money on behalf of major donors and conducts research into charitable giving.

Low said in a statement: “This is an exciting time for CAF, with many unique opportunities to develop the support given to individual and corporate donors, and to build the capacity and strength of civil society at a global level.

“There is no doubt that, under new leadership, the organisation will continue to innovate and drive forward its mission to transform lives and communities around the world and have even greater impact in the years ahead.”