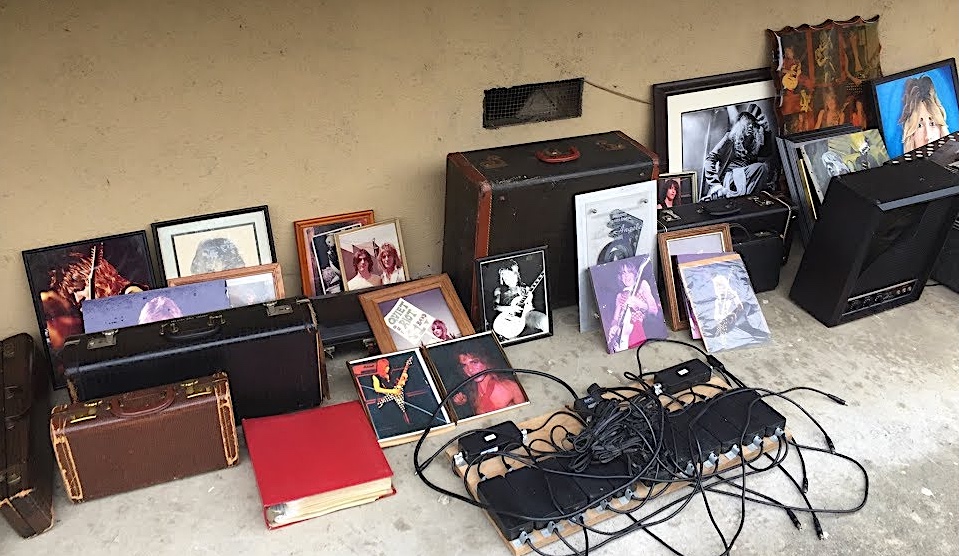 A good amount of stolen gear and memorabilia that belonged to late guitarist Randy Rhoads has been recovered by two individuals who discovered the items in a dumpster in North Hollywood on Sunday morning.

The gear and memorabilia went missing after the Musonia School of Music, where Rhoads once taught, was robbed on Thanksgiving Day. On Saturday, Ozzy Osbourne offered a $25,000 reward for information leading to the recovery of the lost items that belonged to his first solo guitarist.

It appears Osbourne’s reward created awareness of the theft, as many of the items were recovered. However, Rhoads’ first guitar — a 1963 Harmony Rocket — remains missing.

North Hollywood resident Bobbi Fredriksz told her local ABC affiliate that she spotted a guitar and some photographs in a dumpster when she was walking her dog on Sunday morning. After returning home and seeing reports of the robbery, Fredriksz returned to the dumpster and moved the items out of the rain before alerting authorities, who also found a vintage trumpet that belonged to Randy’s mother Delores nearby.

“The trumpet is valuable because it’s my grandmother’s,” said Nick D’Argenzio, Randy Rhoads’ nephew told NBC 4 Los Angeles. “She passed away recently. This is her legacy.”

Fredriksz’s neighbor, Barry Stiglets, helped in the recovery of the items and told The Metal Voice that the dumpster was around Burbank Boul and Sunnyslope Ave. Stiglets initially spotted an accordion case in the trash and soon discovered the other memorabilia.

“I always wanted to play accordion,” Stiglets said, “but as I was pulling it out, I started to notice a lot of framed photographs. … It didn’t take me long to be like, ‘Is that Ozzy’s guitarist?’”

Further information on the whereabouts of the remaining missing gear and memorabilia can be directed to D’Argenzio at 818-281-7893 and via email at nickdargenzio@gmail.com.

Listen below to Barry Stiglets’ interview with The Metal Voice, detailing how he and neighbor Bobbi Fredriksz discovered the stolen items.

Belfastâs Titanic Hotel Reflects Bygone Age Of Shipbuilding
‘The Last Of Us’ Recap: Bill & Frank’s Riveting Story Is Revealed As Joel & Ellie Make Their Way To Them
Travel companies are ‘greenwashing’ — here are 3 ways to find ones that aren’t
Rihanna Is Selling Savage X Fenty Merch for Her Super Bowl Performance
Charities launch huge volunteering drive around King’s coronation