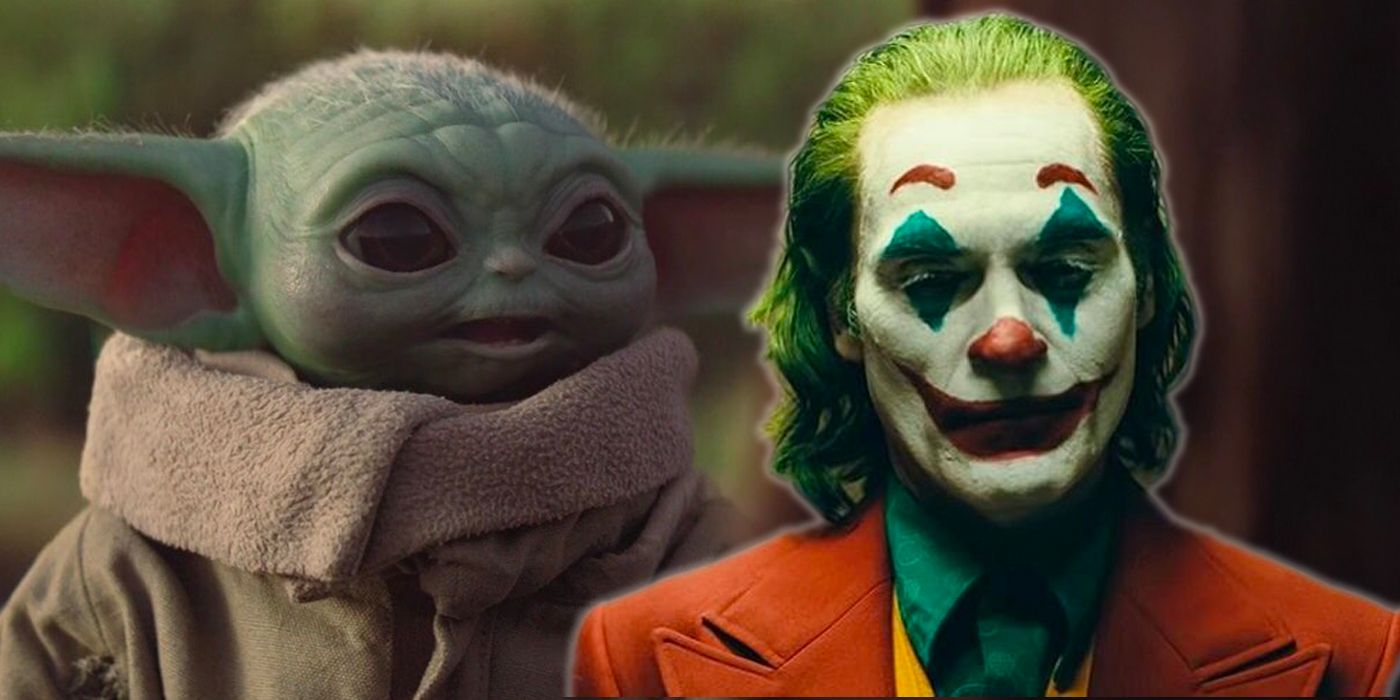 Baby Yoda is dressed up as Joaquin Phoenix’s Joker in new fan artwork for The Mandalorian. The Mandalorian was one of the most anticipated shows that came to Disney+, and thankfully for most fans, it hasn’t disappointed. While fans were excited to see Pedro Pascal suit up as a Mandalorian, Baby Yoda has kind of stolen the spotlight.

Even if you haven’t started watching The Mandalorian, you’ve probably heard all about Baby Yoda. Baby Yoda has been at the center of dozens of memes since he first popped up on our TV screen, and fans just can’t seem to get enough of him. With Christmas coming up, fans are no doubt wanting to get their hands on Baby Yoda merchandise. So far, there are T-shirts, mugs, Funko Pops, and even a vinyl plush available to order, but there have also been a ton of fan art created for the loveable character.

In the first episode of The Mandalorian, fans were introduced to Baby Yoda. Yoda died in Return of the Jedi, but this new character is being dubbed Baby Yoda since we still don’t know the name of Yoda’s species. Despite him being in every episode thus far, there is still very little known about where Baby Yoda came from or what the Empire wanted with him. There are several fan theories about Baby Yoda ranging from him being an offspring of Yoda and Yaddle to the character being a clone of Yoda. With only three episodes left in season 1, fans are no doubt hoping for some answers.

While the fan art above is a mixture of cute and unsettling, there’s no denying the impact Baby Yoda has already made on pop culture. The Mandalorian has done extremely well with fans and critics, with the biggest complaint being that the episodes are too short. Many people even credit the series as being the best thing Disney has done with Star Wars since they acquired the franchise back in 2012. Regardless of what happens in the next few episodes of the series, fans will likely continue to make fan art for Baby Yoda for years to come because of his current popularity.

More: The Mandalorian Looks Like A SNES Action Hero In This Pixel Fan-Art

Christopher is a news writer at Screen Rant, as well as a remote editor for Screen Rant and Valnet’s other websites. He graduated from Rock Valley College in 2018 with an Associate of Arts degree and a Media Production Specialist certificate.
After running his own movie blog for over five years, Christopher joined the Screen Rant team in 2018 as a list writer. Christopher is a sucker for ‘80s horror and giant monster movies, but has covered a wide range of topics during his employment at Screen Rant.