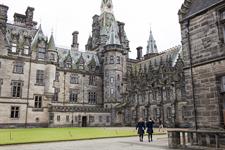 Charitable private schools in Scotland are set to lose their business rates relief from 1 September, the Scottish government has said, in a move that is will cost the sector an estimated £7m a year.

The government said in a statement that it would amend the Non-domestic Rates (Scotland) Bill to include the new date, which means that all of Scotland’s charitable private schools would pay full business rates from the beginning of the next academic year, if the legislation passes through the Scottish parliament.

The reforms come after the publication in 2017 of the Barclay review of business rates, which recommended removing charitable business rates relief from independent schools.

The review, which was commissioned by the Scottish government, said the removal of rates from private education was proposed to bring the institutions in line with the tax treatment of state schools.

Under the existing arrangements, private schools that are charities are awarded an 80 per cent mandatory relief on business rates, with an optional 20 per cent at the discretion of the local authority.

In its 2017 budget, the Scottish government said it would press ahead with its plans to remove business rates relief for private education facilities.

The changes were originally scheduled for the beginning of the new tax year in April, but the Scottish government said the date would be moved back to 1 September to allow schools time to prepare for the additional costs.

“The only way schools can realistically finance a spending hike of up to six figures a year is to increase their school fees or cut back on the participation provisions they have been increasing at the specific request of the Scottish parliament,” said John Edwards, director of the SCIS.

“No other set of organisations in Scotland is seeing such a precipitous tax rise in such a short period.”

Edwards said the Scottish government’s reforms could mean that arrangements to share facilities with local communities and state schools are “frozen” because of the impact of paying full rates on independent schools’ budgets.