Our favorite Motorola Razr is back! The popularized early 2000’s classic phone wore the world’s figuratively slimmest crown for years, selling over 50million handsets in every colour imaginable, from 2004 to 2006.

Once a revered symbol of new communication, fast-paced modern business and status – Motorola’s comeback has been highly anticipated. Founded in September 1928, the American multinational telecommunication company’s most successful venture has always remained the groundbreaking Razr series… and who can forget the OG of them all? Released in July 2004, the Motorola V3 was everyone’s first love – selling over 130 million units upon release, the V3 is the world’s best-selling clamshell phone to date. Put together with an advanced design-sense, the V3 featured the thinnest profile ever seen on a clamshell set, with an electroluminescent keypad made from a single metal wafer, and incorporated industry standard mini USB ports for data, battery charging and headphones – stowed stylishly in an aluminum body with an external glass screen.

Following the success of its initial release, a matte black version of the original was produced in 2005. Distributed in the 77th Academy Awards gift bags, the phone was eventually introduced to the global market.

Motorola rode the wave of success throughout the early 2000’s, releasing its first ever pink phone in October 2005 and again in June 2006. The company then donated every $25 earned from the sale of its Motorola Razr V3 Magenta to Non-profit organization, Rethink Breast Cancer, which works to empower young people worldwide who are concerned about or affected by breast cancer through innovative education, support and advocacy. 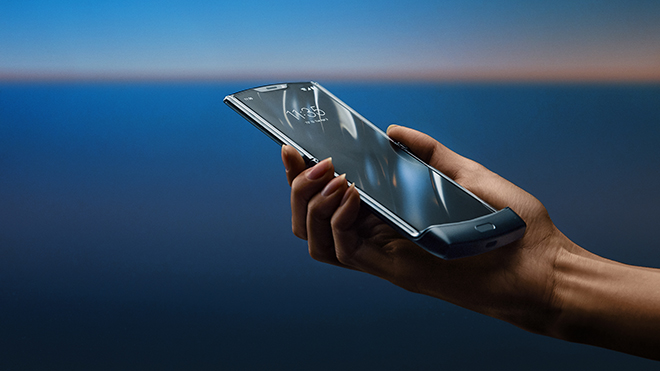 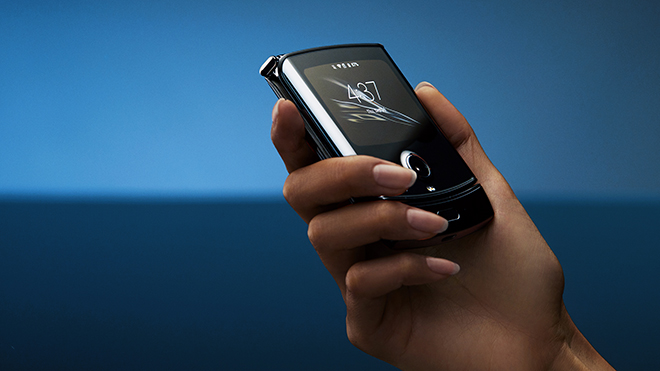 Bridging the gap between phones and tablets, the Motorola Razr folds horizontally into a wider display, and flips open to reveal a cinematic viewing feature on an immersive, and elongated touchscreen – a tad bit longer than Apple’s iPhone 11 display. With a 6.9mm width, the Razr is also slimmer than the iPhone 11, Galaxy S10, and Google Pixel 4 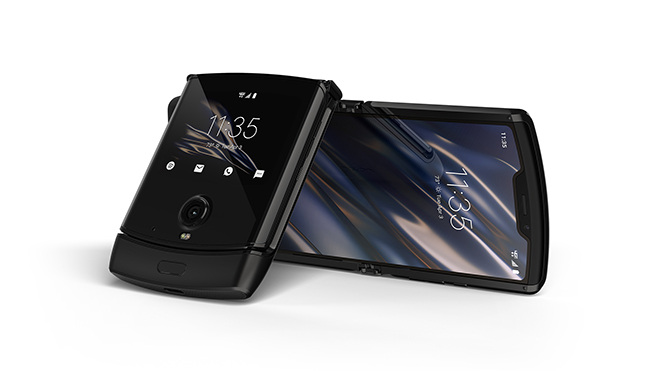 While the only extraordinary feature appears to be its foldable nature, the real novelty lies in the functions available while closed. Featuring a smaller display screen, the new Razr allows users access to their emails, calls, texts, music and a multitude of other notifications. Similar to preview of a smartwatch, the Razr incorporates one extra element…a rear camera which doubles up as a selfie-cam while closed. Using the display screen, users can view their images in high definition as they snap, using Night Vision and built-in artificial intelligence.

Like many of today’s smartphones, the Razr is handled comfortably in one hand while open and fits perfectly in the palm or pocket whilst clamped shut.

Transforming the industry, the 2019 Razr is an engineering breakthrough, with a cohesive design and zero-gap hinge – the phone closes seamless, with the main display protected by both sides perfectly flush together. 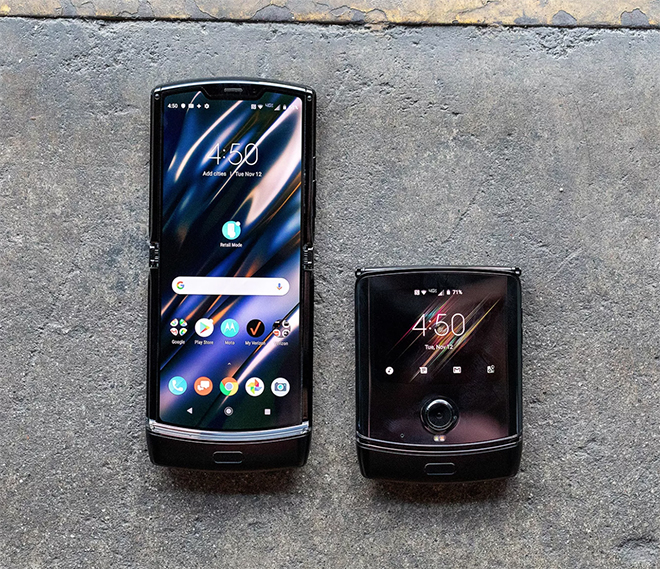 Of its innumerable innovations, the most revolutionary is its ability to be accessed while shut. Think: oversized pager – meant to provide an ease of accessibility with a concise and organized array of notification highlights. PLUS, who doesn’t miss flipping open phones and snapping them shut? The exaggerated act will forever be lowkey pretentious yet a ton of FUN. The 2019 Razr was announced on 13th November, however the phone will only be available for preorder on December 26th , a short while before its official U.S. release in January 2020. Costing a rumored $1500 (£1,170, AU$2,000), the phone will be exclusively available through American telecommunications company, Verizon which offers 24month-payment plans at $62.49 per month.

While Motorola is exceedingly confident in the lifespan and performance of its latest creation, customers are entitled to a 24/7 chat support and 14-hour-per-day direct access to customer service should one face any issues. The brand also guarantees 24-hour turnaround to exchange, repair or replace sub-standard devices.

15 Types Of Chains For Men and How You Should Wear Them in 2023
A Personal Journey Combining History, Simplicity, Sanctuary: In Quito, Ecuador, and Casa Gangotena. Part 1
‘Fear’, ‘Infinity Pool’, ‘Skinamarink’ Scare Up Cash In Indie Horror Bonanza – Specialty Box Office
Landmark commission report urges charities and businesses to work together
James Middleton Thanks Sisters Kate and Pippa Middleton for Going to Therapy with Him