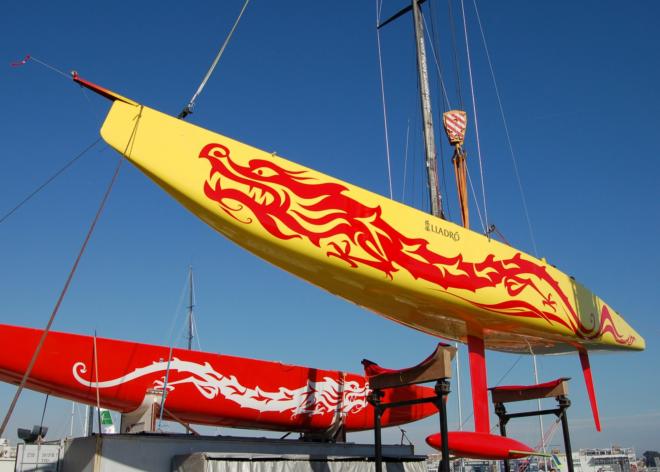 China has a lot of history, going back a long time, that it seems people have been pretty much blasé about recent achievements. It creates a vacuum of artefacts for the last 100 years, before which “real history” begins. This is short sighted as today’s apparently mundane artefact – an America’s Cup-class yacht, for example – is tomorrow’s precious relic.

One such apparently abandoned and forgotten object was spotted at a shipyard in Hong Kong when an inquisitive history graduate was visiting a yacht undergoing repairs.

It turned out that the interesting vessel was CHN 95 Longtze, which represented the Qingdao International Yacht Club at the 2007 Louis Vuitton Cup in Valencia. It was both the first America’s Cup-class yacht and the first carbon composite boat ever to be built in China.

China Team was among 11 teams that competed in Valencia, Spain, for the chance to challenge holder Alinghi for the America’s Cup. Frenchman Pierre Mas was the Skipper of China Team, which had an alliance with Le Defi.

Two of the crew were Chinese and the campaign was primarily funded by investment guru Wang Chaoyang. Eventually, Emirates Team New Zealand won the Louis Vuitton Cup before losing to Alinghi for the America’s Cup. 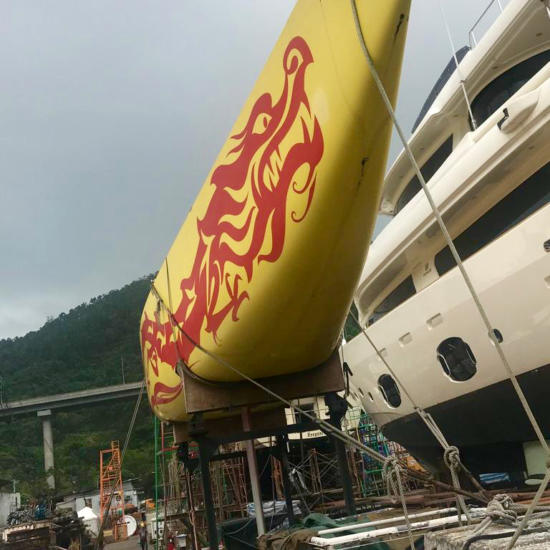 However, for the last several years, Longtze’s hull and mast have been lying forgotten in  the Hong Kong shipyard and are deteriorating badly. One investor had planned to transform the once-proud racing yacht into a sailing adventure boat for tourists, but the plans foundered, leaving the yacht literally high and dry.

The ‘inquisitive history graduate’ who saw her was Captain Paul Brackley, who decided to do something to try to preserve the yacht, with the support of his friend and business partner Greg Dagge. Brackley has been running superyachts in Hong Kong and China for the last 20 years, while Dagge is a highly-experienced yacht broker and Hong Kong’s three-time Champion of Champions sailor.

Over the last year, the pair ran over hurdles and jumped through hoops to get official recognition and status to register a charity. The China Maritime Sailing Memorabilia Association Limited (中國海事帆船紀念協 會有限公司), a non-profit organisation, is now established under Hong Kong authority to raise money to buy the yacht and restore her to original condition. 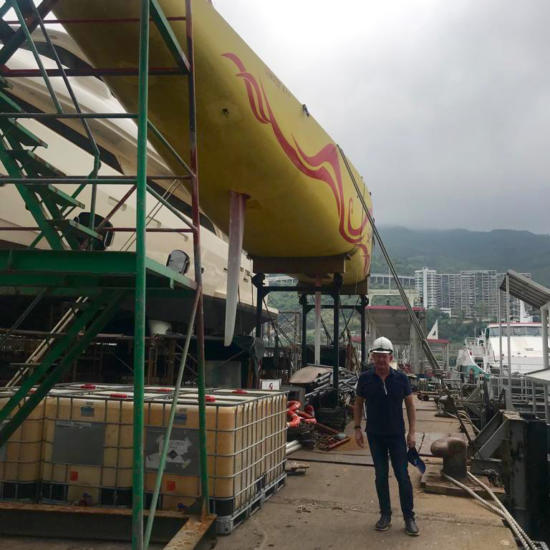 After that, she could be displayed as part of a shore-based visitor education centre, ideally part of a bigger exhibition detailing the history of Chinese sailing achievement going back to Zheng He, Zheng Chenggong (or Koxinga) and further.

The static display could follow the example of other historic America’s Cup yachts already preserved and displayed, most notably New Zealand’s cup-winning yacht Black Magic from 1995 that can be seen at the New Zealand Maritime Museum in Auckland.

CMSMA hopes to employ local youngsters to undertake the restoration, introducing them to the yacht industry as well as learning useful skills.

A final home for the yacht has yet to be decided. However, the most likely location will be in Hong Kong, possibly at the Kai Tak Cruise Terminal, although CMSMA is keen to discuss other possibilities. That’s assuming we can help restore this iconic yacht, which represents a major chapter in Chinese sailing and sporting history, and deserves to be recognised as such.

For further details on the CMSMA and how you can help, please contact Captain Paul Brackley at [email protected] or +852 8191 4578