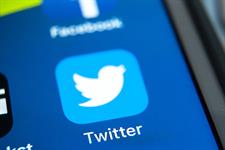 The Charity Commission has apologised for accidentally retweeting an anti-Boris Johnson tweet.

On Thursday, the commission and the Prime Minister were both tagged in a tweet by The Jewish Chronicle that featured the newspaper’s front page: this led on a story that Johnson had spoken about Labour leader Jeremy Corbyn’s approach to tackling antisemitism in the party.

The commission was also featured on the front page of the newspaper in a separate story that the regulator was looking into allegations of political bias at a synagogue event featuring a Conservative Party candidate.

The reply highlighted the Prime Minister’s previously voiced support for the ruling Hungarian government, which has been accused of antisemitism.

The tweet appeared to highlight the differences between Johnson’s comments on Corbyn and on Twitter about Victor Orban, prime minister of Hungary.

But the Charity Commission accidentally retweeted @ptfen’s tweet, which it later deleted.

The commission later apologised for its mistake and said it was a “technical issue” in its social media monitoring system.

We’re sorry about a tweet we mistakenly RT’d this morning. This was was caused by a technical issue in the system we use for monitoring social media. We deleted the tweet as soon as we became aware of it & will be following up on our systems to make sure it doesn’t happen again??

Charity Commission guidance for engaging in political activity stresses the importance of charities not giving support to political parties or candidates.

The regulator’s retweet came days after Historic Royal Palaces accidentally retweeted a message in support of the Conservative Party, which the charity deleted minutes afterwards.