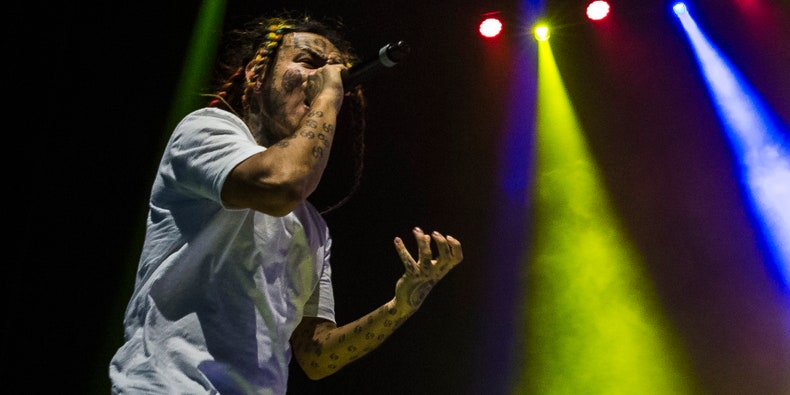 Tekashi 6ix9ine’s sentencing in his federal case is set for December 18. While the racketeering and firearms charges amount to a mandatory minimum of 47 years in prison, it’s long been assumed that his cooperation with the federal government and recent testimony against alleged members of the Nine Trey Bloods could mean that he’d receive a reduced sentence. Today, United States Attorney Geoffrey S. Berman submitted a letter to the judge officially recommending that the rapper’s sentence be reduced.

“[Daniel] Hernandez provided the Government with critical insight into the structure and organization of Nine Trey, identified the gang’s key players, and described acts of violence that he personally witnessed or that he heard about from other Nine Trey members,” Berman wrote in a letter viewed by Pitchfork.

6ix9ine is commended by prosecutors for aiding them in obtaining “timely convictions for all defendants.” Berman also noted that 6ix9ine’s testimony and the widespread media coverage of his comments put the rapper in danger. “Hernandez testified in the face of threats of safety to him and his family,” he wrote.

Read “Why Tekashi 6ix9ine’s Testimony Matters for the Future of Hip-Hop on Trial” on the Pitch.

‘Avatar: The Way Of Water’ Breaks Box Office Records For CJ 4DPlex Theaters With $85M WW
8 of Morocco’s best beaches for surfing, swimming and sunbathing
Kristen Stewart Already Has Another Directing Job Lined Up Ahead Of Her Directorial Debut
An Open Letter to Stephen King: Book Censorship News, January 27, 2023
Television’s Marquee Moon: The Story of a Band, City, and Guitar Rock Masterpiece