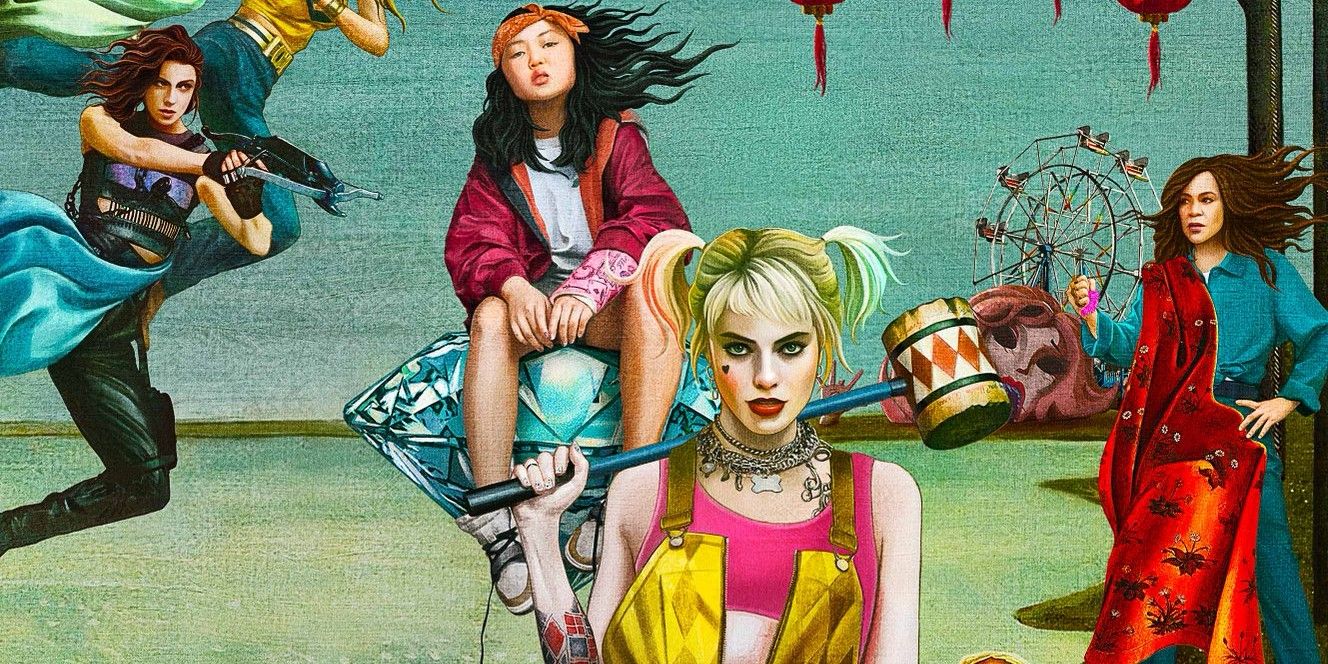 Warner Bros. has released a new Birds of Prey (And the Fantabulous Emancipation of One Harley Quinn) poster that puts more focus on the Birds of Prey team, and not just Harley Quinn. Margot Robbie’s turn as Harley was easily the most widely loved element from David Ayer’s Suicide Squad when it opened in 2016, and WB has been moving to capitalize on her popularity ever since. At different times, there’ve been as many as four Harley-related DCEU projects in development at once over the last few years, including Gotham City Sirens, Suicide Squad 2, Birds of Prey, and a Harley Quinn/Joker movie.

Of them, only Birds of Prey and Suicide Squad 2 (aka. James Gunn’s The Suicide Squad) has release dates at this juncture. The former is being directed by Cathy Yan and will reach theaters next February, with Robbie leading a cast that includes Jurnee Smollett-Bell as the Black Canary and Mary Elisabeth Winstead as Huntress. A new Birds of Prey trailer is expected to premiere at CCXP later this week, but a fresh one-sheet for the film has dropped ahead of then.

The latest Birds of Prey poster was released through the film’s official social media accounts today, in anticipation of its imminent CCXP panel. You can check it out in the space below.

Some fans have expressed concern about Harley’s dominance of the Birds of Prey marketing so far, and with fair reason; the title Birds of Prey suggests it’s a team-up film, rather than a Harley Quinn solo movie featuring some extra DC characters. Perhaps in an effort to address this concern, the latest poster places Harley in the foreground, yet does a better job of highlighting Huntress and Black Canary than the one-sheets before it have. Similarly, Rosie Perez as Gotham City cop Renee Montoya and Ella Jay Basco as Cassandra Cain (the young girl the Birds, Harley, and Montoya protect in the film) are featured equally alongside the trio here. Harley might still be the main attraction, but this artwork nevertheless does a better job of making Birds of Prey appear to be an ensemble adventure than the ones in the past have.

It remains to be seen if that holds true for the actual movie, but the odds seem good right now. Birds of Prey screenwriter Christina Hodson (Bumblebee) has described the film as a continuation of Harley’s story, but says she “fell in love” with its other characters, and (by extension) aimed to do them all justice with her screenplay. Further, WB has already locked the Birds of Prey cast in for potential sequels and spinoffs, clearly with the intention of bringing most/all of them back down the line, should the movie become a big success. Harley will surely end up dominating many a scene (as colorful personalities like Harley Quinn tend to do) but, hopefully, the Birds of Prey will get their fair due in the final film.

The Sun Walks Down
The best spa hotels in Scotland for 2023
Cancellations Come As Showtime To Become Paramount+ With Showtime in Consolidation, Rebrand
A Personal Journey Combining History, Simplicity, Sanctuary: In Quito, Ecuador, and Casa Gangotena. Part 1
Top Wall Street analysts like these stocks for maximum returns