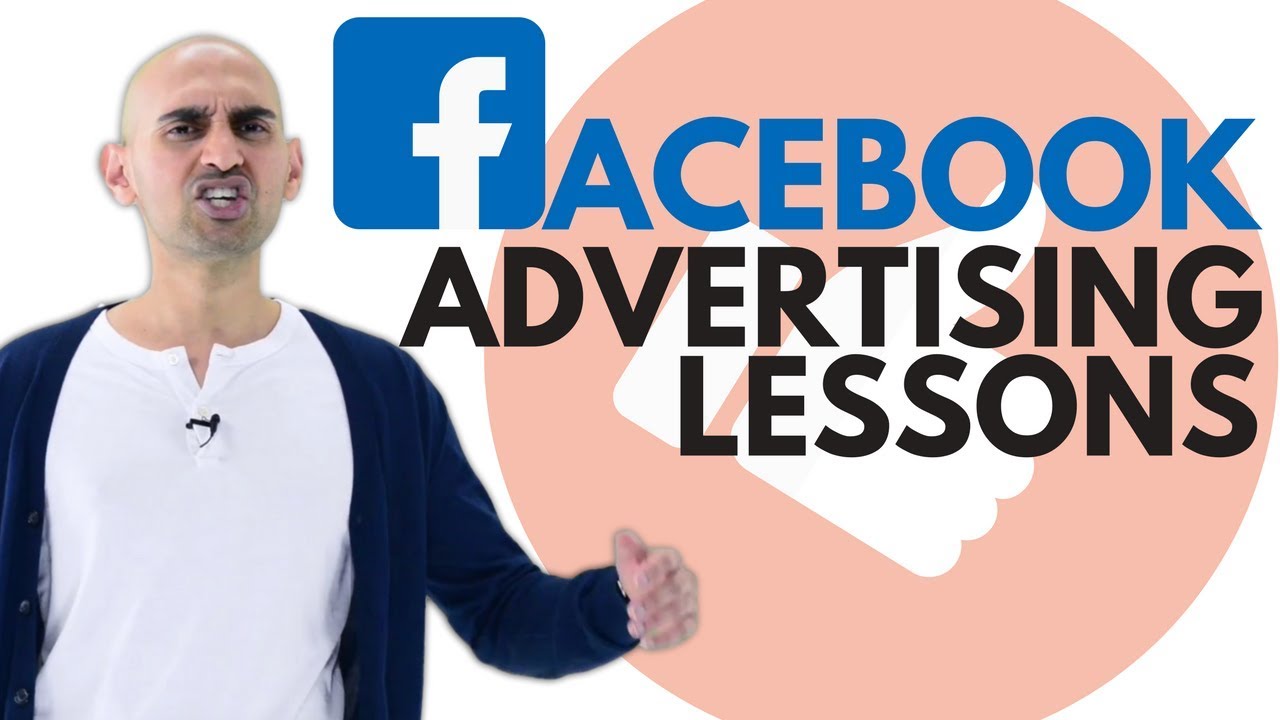 But running Facebook ads isn’t as simple and easy as you think. I spent a ton of money on Facebook, and I’m going to show it to you, my mistakes, so that way, hopefully you can be much more successful than I was.

Hi everyone, I’m Neil Patel, and today I’m going to share with you three important lessons learned from spending over $400,000 on Facebook ads.

The first lesson I learned is, don’t spend money on buying subscribers. A lot of the money I spent was to build up my fanpage of over 900,000 fans. Algorithms keep changing, yes, they may restrict how much viral your post or your video content can end up going, and a lot has to do with your content. If your content’s not amazing, you’re not going to get a lot of reach. But if you’re going to be spending money, make sure there’s ROI in it.

The second thing I learned when you’re doing ads, the best performing ads are videos by far. No one wants to create videos. Everyone wants to do banners because they’re the easiest, but if you take the time to do videos, your cost is a lot less and your conversions are a lot higher. When you’re optimizing for videos, make sure the text, there’s a transcription, and it automatically starts playing, because video ads, the sound doesn’t automatically show up for people. You want to have the transcription going there, so people can read, they’re going to be much more likely to convert. With your video, it needs to convey emotions, it needs to be a good length.

You need to get really people hooked, tell a story, because if you don’t and you just try to get people click through to your site, and have the cheapest amount of clicks, it won’t necessarily generate you the most amount of revenue. Don’t optimize just for spend reduction, optimize for ROI. It’s okay to be spending an extra dollar per click if you’re making more money. Don’t focus on how much you’re paying per click. Focus on how much revenue you’re generating for how much you’re spending. That’s the key with Facebook ads.

The third tip I have for you, and this is what most people don’t tell you, especially if you’re running banners, in Facebook’s algorithm, they look at hey this is a new ad, we’re gonna push it, give it priority, and see how it does within the first few minutes or hour of it being up there. So what we started doing is, we would throw up ads, and within an hour of them being up, we would keep changing up the creative and the text or stopping them and running new ones.

By doing that, we were getting much cheaper impressions and premium placements, and we were generating a much higher ROI in our ads. Most people won’t do this, because they’re like oh this is too time-consuming. But I kid you not, that one little thing during our peak was reducing our spend by over 30%. That’s over 30%. If you’re spending hundreds of thousands of dollars, that’s a huge savings.

Now eventually, as we kept scaling it out, we couldn’t keep doing that, but we still do it with a lot of our campaigns, and still, to this day, when we’re selling products for our clients, we’re rotating up their creative so often, it’s generating a much higher ROI. They think we’re crazy, but hey you’ve got to do what you have to do if you want to compete in this competitive landscape, especially when Facebook ads continue rising in cost.

So hopefully you’ve learned from my experiences and my mistakes, and best of luck with your Facebook ads. If you’re not sure on what you should do with your campaigns or your landing pages are off, you know what, leave a comment below. I don’t want to just give generic landing page feedback because it’s really different for every product type or business type. Leave a comment below, ask your questions. I’ll be there, I’ll respond, and I’ll help you through the process. And again, if you liked the video, comment, like, share, tell other people about it. Thank you for watching.

Recapping the Asian Academy Creative Awards
Boeing plans to add a new 737 Max production line to meet strong demand
15 Types Of Chains For Men and How You Should Wear Them in 2023
All About Chase Sui Wonders, Pete Davidson’s Rumored New Girlfriend
The Sun Walks Down