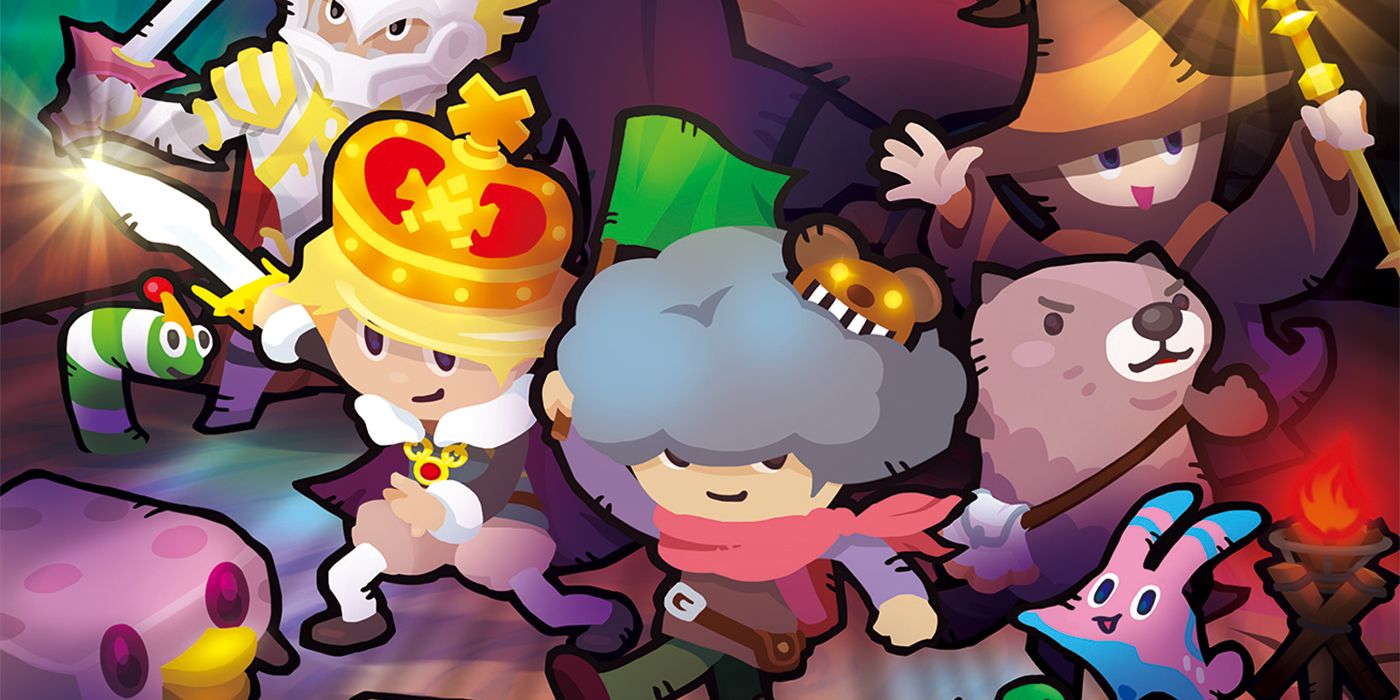 Heroland is a light-hearted look at the turn-based RPG, whose charm is slightly undermined by an over-reliance on grinding and repetitive gameplay.

The ragtag RPG adventure party is one of the oldest tropes in video games. From Final Fantasy through to Pokemon, some of the biggest game franchises in history have depended on having a strong and varied party of characters that take down enemies in a turn-based fashion. New title Heroland takes a slightly satirical look at this, albeit one with plenty of love.

Heroland comes from developer FuRyu Corporation, and imagines a world where traditional adventures can be distilled into a theme park experience. This is seen through Lucky, a new hire at the titular Heroland who will be acting as a guide at the park. Lucky’s job is to assist visitors by supporting all of their adventuring needs, to make sure they do not run foul of the hired cast of monsters within Heroland’s dungeons.

The setting of Heroland is one of its strongest points. Taking place on an isolated island akin to Jurassic Park, only with less obvious danger, its multiple caverns and adventure spots cover all the standard choices for would-be heroes. From haunted houses through to icy caves, there’s a little something for everyone.

Married to this colorful setting is the writing of Heroland itself. Sharp and silly at the right moments, the game gives a neat nod to various tired elements of the RPG genre, including the supposed destiny of main characters, the types of heroes who happen to get magically resurrected, and even how games can use palette swaps for reoccurring enemy types.

Heroland also occasionally takes a swing at world outside of video games. You can practically feel the fourth wall breaking while the game discusses the working rights of part-time and low-level workers at the theme park. The expectations placed on Lucky by higher ups are obscene, as he looks to pay off a ridiculous debt to the park.

It all works well with the overall design, too. Heroland has a cutesy take on RPG sprites, with everything from monsters through to main characters given a 2D sprite with flexing, 3D animation. Meanwhile, the music work from veteran Tsukasa Masuko matches the tone of the game perfectly with memorable tunes.

From a gameplay perspective things are a spin on classic RPG mechanics, akin to other stories that sit adjacent to a core RPG plot such as Recettear or Moonlighter. There’s still a team that goes through dungeons fighting monsters, getting experience and gathering loot. Lucky, though, is not a part of this worthy team.

Instead, rather than an active participant in the battle, Lucky acts from the sidelines with suggestions, hints and items. Lucky can direct the team to go all out on attack, using or avoiding special moves that only have limited uses, or guarding at specific moments to avoid most of the damage or effects of particularly vicious attacks. The latter is very useful in Heroland‘s boss battles, which can include some seriously mean area effects.

Alternatively, Lucky’s role could be sharing a useful item at the right time. The player’s stock of items includes healing potions for one party member or the entire team, recovery potions for effects like poison or shock, or summons for assisting monsters. After each assist given, Lucky then has to wait to refill his energy before taking part in the battle again.

This means that timing is everything within Heroland‘s battles. Players will need to make sure they get in a guard instruction at the right time, or make sure they choose the right attack instruction to take advantage of enemy weaknesses. This gameplay won’t come as much of a curveball to those who have played JRPGs in the last couple of decades, but nonetheless it generally works well.

It’s not all good news though, as there are a couple of issues that undermine the good work that Heroland has done with its premise and writing. Much like acclaimed games like Darkest Dungeon or Nowhere Prophet, the routes in Heroland are rather rigid. When routes are repeated, which happens regularly, it can unfortunately become a bit of a chore.

For all its knowledge of RPG tropes, this is one area where Heroland recognises the issue but doesn’t do anything about it. There is grinding in Heroland at times, as the player repeats routes that have already been completed in order to bump their heroes up to the recommended level for the next story mission. Given the sheer number of different characters this becomes a major ask, even with the title’s experience share system.

Some attempts have been made to make this feel less like repetition, such as doing side quests for the visitors of the park that Lucky has a good relationship with. But nothing hides the sometimes restrictive nature of Heroland‘s play, and given Lucky’s passive role in the action it can mean that the title ends up dragging. A shorter length of play without this need to grind could have made the game much better overall, but alas it sticks to its roots here a little too closely.

In the end, this leaves Heroland as an enjoyable, smart experience, but one that doesn’t quite hit the mark. By being a little more ruthless with the runtime it could have been a classic, but it does feel a little on the long side. Overall, though, Heroland is an interesting, meta take on the RPG genre that long-term fans will enjoy.

Heroland is available for PC, PlayStation 4, and Nintendo Switch. Screen Rant was provided with a PS4 download code for the purposes of this review.

Mike Nasty Presents “Jazz Club NY” off of ‘Journey from Memphis’ EP
‘Avatar: The Way Of Water’ Breaks Box Office Records For CJ 4DPlex Theaters With $85M WW
How to turn 13 days of annual leave into 38 days of holiday (and where to go)
Master in Motion: Longines Expands the Master Collection
Bed Bath & Beyond warns it can’t pay down debts, defaults on credit line