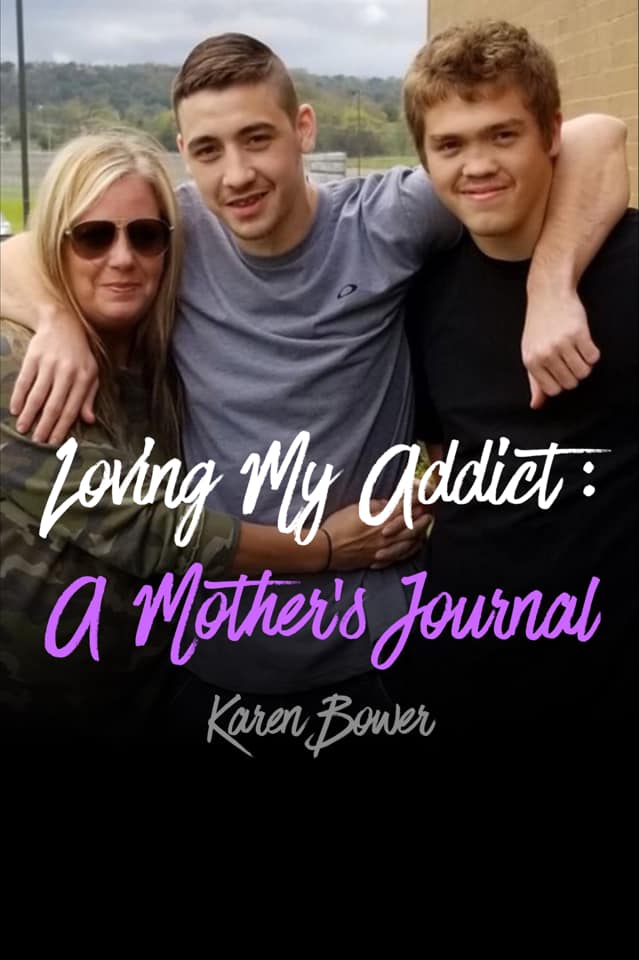 Karen Bower is a beacon of light, positivity and inspiration even though she has gone through something no mother should ever have to. Karen’s destination is to promote positive vibes to all of those who are journeying to reach an understanding of those families facing the struggle of a loved one becoming clean and sober. 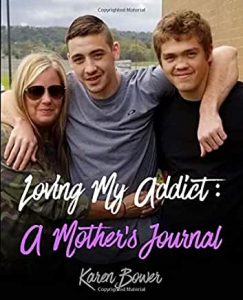 “Addiction Overrides Everything You Know Is Right”

With the use of heroin and other highly addictive opioids running rampant, uncontrolled, and flagrant in our society, Karen’s journal comes as rescue to those sucked in by the ever changing, multiple faced chameleons…..the addict, and those who are affected.

“Loving My Addict: A Mother’s Journal” is an intimate journal inspired by her experiences trying everything to save her son Ben from addiction, then later discovering her son Gabriel was also using. Currently Ben is incarcerated, and Gabriel is clean and sober 605 days to his credit in recovery.  Karen is a loving mother of 4 children, Ben, Gabriel, Karlena, and Ashli, and a grandmother as well. She is hoping to visit schools and churches to bring children awareness while her book inspires…

I spoke to Karen regarding her mission and her experiences…..

As a mom no one should have to go through what you are going through or have gone through. Drugs are such an epidemic today.

I will tell you this, 10 years ago when I was out and about and I would talk to people, they would shy away from the conversation because it either meant that they knew someone who did drugs or they just didn’t know enough about it. Nowadays I hear it everywhere, while pumping gas recently, the opiod crisis was the message being played on the gas pump news. We’ve come a long way, but there still aren’t a lot of plans in place to knock this out. There’s not enough to say this isn’t cool, this isn’t OK, and this isn’t just a one-time thing. It changes lives and it doesn’t just change the lives of those affected. Sometimes people don’t even make the decision. They are in a car accident and are given opioids for pain which can lead to heroin or whatever path they take. They are all nasty paths. We have to make sure this doesn’t happen. I’m talking about going into every high school and every church, speaking to all those who care to listen, but it’s my goal to reach the fifth and six graders, because that is where it all begins these days.  I know that it’s the addict we are trying to reach but I want to reach those families that are out there who don’t have anybody answering their questions or giving them guidance in this area. Nobody has taken the time to think about that part of it. I can attest that it causes depression, and feelings that you can’t even get up another day, and you’re not even the addict. But you’re living it every day. The people who read the book that know what I am talking about, those are the people that this book will really impact. I feel that it would give them something to pass on to others when they feel the need to and when they don’t know what to say. Maybe this book can be their answer. 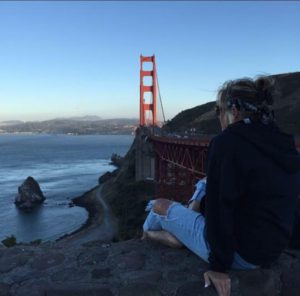 When you’re a heroin addict, there is nothing more important.

Nothing! Nothing is exempt. Benjamin, my oldest has told me on many occasions “I’m sorry that I got to this point, I’m sorry that this is the only thing that matters.” But you learn to understand that if you can reach them, you can get past all that, but that’s the tough part. Anything that’s going to be a positive direction is almost impossible, and that is what is so devastating to families. People wonder why they keep enabling and helping their addict, but you do it because you are their only lifeline. You also do it because you’re not a quitter. There are many people out there who cannot do it anymore. It’s not that they’re quitting, but some people just have to walk away from it. That has not been my choice, but I feel like everybody has to do what is best for them. I would never judge somebody if they made that choice, because we all feel the love and we all want to hang in there, but everybody has a breaking point. In the state of Ohio in the last 10 years there have been 27,000 deaths due to opioids.

Shatterproof is a national non-profit Organization who are dedicated to ending the devastation that drugs cause not only the addict but the families as well. For an example, if the families do not have the resources for the rehab that they found for their addict, Shatterproof will help them.  It’s shatterproof.org. I was looking for a nonprofit and Shatterproof is national, it’s an impressive website when you see it.

When did you begin writing the journal?

I started writing the journal in 2014. I was making notes. It has taken a long time to be all said and done because in the interim Benjamin was incarcerated. This particular book ended in January 2015 because that’s when Benjamin was indicted and things took a turn for the worse.  He was incarcerated until May of 2018. Through that time Benjamin was clean. At that particular time, I was finishing the book and the end of the book was going to be when he came home. Benjamin was home 14 days when he overdosed in our home. Fortunately, Tracy and I were able to bring him back. Following this incident, we went through a series of events that led to Benjamin’s second incarceration. All of these things compiled altered the outcome of the book.

You have a mission with your journal/book in mind?

The ultimate mission would be to reach as many people through schools, churches, group homes, prisons, etc. and to utilize my voice as a tool to let people know “never give up hope.” There are ways to keep moving forward, and that’s really what my Facebook page is all about. That was created because I made a promise to God that if he saved my son, I would make sure that I made an impact on somebody’s life in a positive way, every single day, and so I live by that.

Your focus was on Ben mainly. What happened when you found out Gabriel was using as well?

For that last year that it was just me, Ben and Gabe, I didn’t even know Gabe was using.  I had just found out that Benjamin had overdosed two weeks before. The hospital called to go over some things with me and I wasn’t privy to any of the information, I wasn’t aware my son had overdosed. From what I understand, Ben’s school nurse was on the ambulance transporting him to the hospital, and he was able to bring my son back. After I passed this information on to my family, Gabe came to me and said we needed to have a talk. He told me that in the past two months while I was on the road detoxing Ben, Ben had been detoxing

Gabe. That’s how I found out my youngest son had been using for quite some time. My reaction was nothing shy of devastation, and the simple fact that I had been unaware that Gabe had been using because I was so focused on Ben’s addiction and never considered what Gabe might be dealing with and it haunts me to this day. 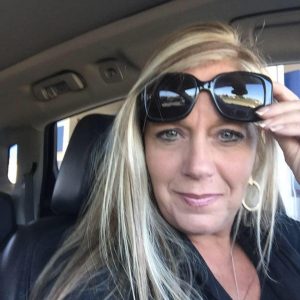 “Loving My Addict: A Mother’s Journal” by author Karen Bower is now available and can be ordered on Amazon here: