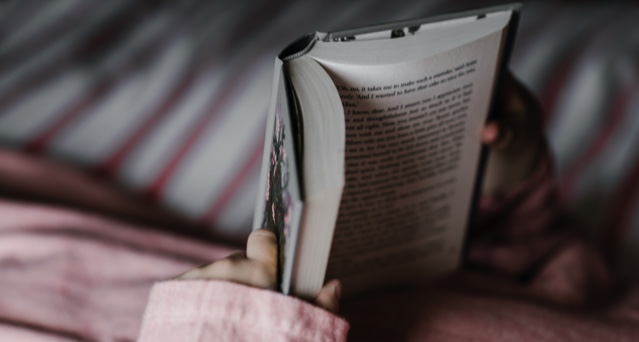 “Mom, I read a book today and I liked it so much.”

I was 10 years old and in the middle of a glorious, book-filled summer break. The sun was just beginning to sink toward the horizon as I set the table and my mom cooked at the stove.

“What was it about?” she asked me, because she’s the kind of mom every bookworm deserves.

While my mom struggled to find the right words, my 12-year-old brother deadpanned, “So you liked the book because somebody died.”

I knew his teasing was affectionate—the dryer his humor, the bigger the love. But while both of them waited for me to respond, I didn’t know what else to say. I didn’t know why I loved a story about death so much that I was compelled to bring it up while sorting out bowls and chopsticks, my stomach growling from the simmering aromas. Yet, I knew that it was the death that made the story feel so important. 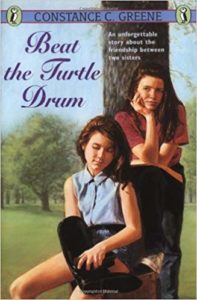 The book in question was Beat the Turtle Drum (1976) by Constance C. Greene, told from the perspective of 13-year-old Kate. She and her sister, Joss, are enjoying their own summer break from school. Eleven-year-old Joss saves up her money to rent a horse, Prince, for the week of her birthday. At the end of the week, while attempting to look after her beloved Prince, Joss falls out of a tree to her death.

After that summer when I was 10, the details of the book faded from my mind, but its impact on me remained as distinct a memory as its pale mint green book cover. Then, a couple of years ago, I started listening to the Just the Right Book podcast, hosted by Roxanne Coady. One of the questions Coady asks all her guests, is: What is the book that changed your life? And when I asked myself the same question, I was surprised to find that Beat the Turtle Drum came galloping into my mind.

This past May, while attending BookExpo, I found myself facing the very same question, printed across a colossal wall: What book changed your life? And again, Beat the Turtle Drum rose to the top of my mind. 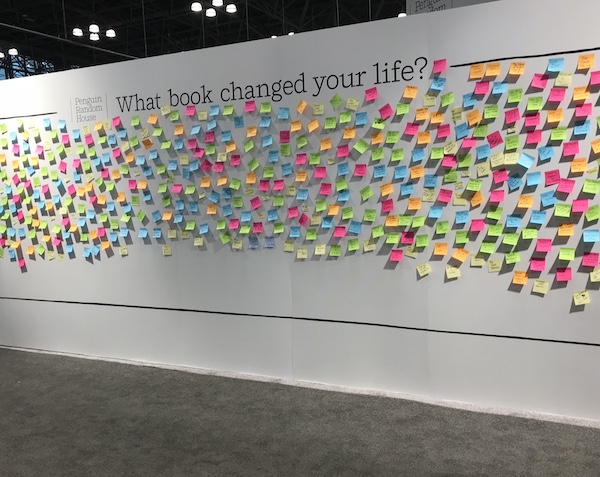 So I decided it was time to reread this middle grade book about death that I both couldn’t quite remember and couldn’t ever forget. Finding this out-of-print book proved challenging, but I was able to find a used copy—with a different book cover—from a third-party seller on Amazon. When it arrived, I held it in my hands like a treasure. How had this book—so thin, so unassuming—become a Goliath in my consciousness?

I was surprised to find a yellow sticky note tucked into the front cover. Scrawled in black ink was a note from a worried mother. Following is an excerpt of that note—the name has been changed.

I asked Mary to bring this book home for me to read because she had some questions about it. I read the book and I think that the content is too old for her (it mentions smoking pot, alcohol, tranquilizers, The Joy of Sex, etc.).

Smoking pot? The Joy of Sex? Had I gotten my stories mixed up? I didn’t remember any of those things from when I read the book, all those years ago.

But as soon as I started rereading, it became very clear that I hadn’t gotten my books mixed up at all. I was quickly swept back up into Kate and Joss’s world. Of course, this time around, I read like a detective—searching for clues about why this story has stayed with me.

Some of the reasons were immediately obvious. For one thing, like all of the books that drew me in as a young reader, this story’s scenes rang so true I could disappear into the pages and live right there with the characters. Their youthful observations. Their pure, yet at times precocious, emotions. And their fierce but imperfect love for each other, their parents, and their friends.  It makes sense, then, that reading this story was almost as if I’d actually lived through Kate’s loss, even though I hadn’t yet experienced such a profound loss in my own life. And because there was very little foreshadowing of the death, I understood that unexpected shock in a way that felt especially authentic. It was the realness of the story that kept it from feeling didactic or manipulative—qualities kids can sniff out in an instant.

Other clues were revealed through more reflection. What was it, I wondered, that made death feel important, but not traumatizing? Now that I’ve experienced tragedy and grief first-hand, I appreciate the way Greene illustrated the characters’ reactions of confusion and shock. In the weeks after Joss’s death, both Kate and her parents vacillate between feeling almost normal at times and at other times, as if the ground had disappeared from under them. And even as Kate, overcome with seemingly uncontrollable emotions, finds herself lashing out at the people she cares about most, she also feels comfort in those same relationships. I didn’t recognize it at the time, but the complexity of these emotions was a powerful illustration that even in the throes of grief, we can—and should—feel joy.

It also occurred to me that Beat the Turtle Drum was the first book that truly gutted me. At the time, I was just beginning to recognize the extraordinary power of words on a page. I knew that reading brought me hours of bliss and anticipation and the magic of feeling understood by somebody else. But this was the first time sentences hollowed my stomach and squeezed my chest like a boa constrictor. And it was the first ending I read that was ultimately hopeful, but also tinged with sadness. I’d just experienced the emotional power of storytelling—a gift that would begin to shape my life as a reader and eventually, as a writer.

As far as pot and The Joy of Sex, Judy Blume says it best in this interview with The Guardian: “Blume’s theory is that children read over what they aren’t yet ready to understand. Sometimes, she says, ‘kids will actually go to Mom or Dad and say ‘What does this mean?’, which is the perfect time to talk to them about it.’” And nothing makes me happier than to prove Judy Blume right.

But maybe the best gift I received from reading this middle grade book about death was the fact that I didn’t know how to respond to my mom and brother that summer night when I was 10—that I couldn’t articulate exactly what had shifted inside of me after experiencing this new kind of story. Without knowing it, I had read the first of many books that would leave me so moved, so transformed, that I’d spend the rest of my life trying to figure out why.

If you’re curious about more children’s and middle grade books about death for young readers, check out these posts from Book Riot:

Death in Children’s Fantasy Novels: More Likely Than You Think