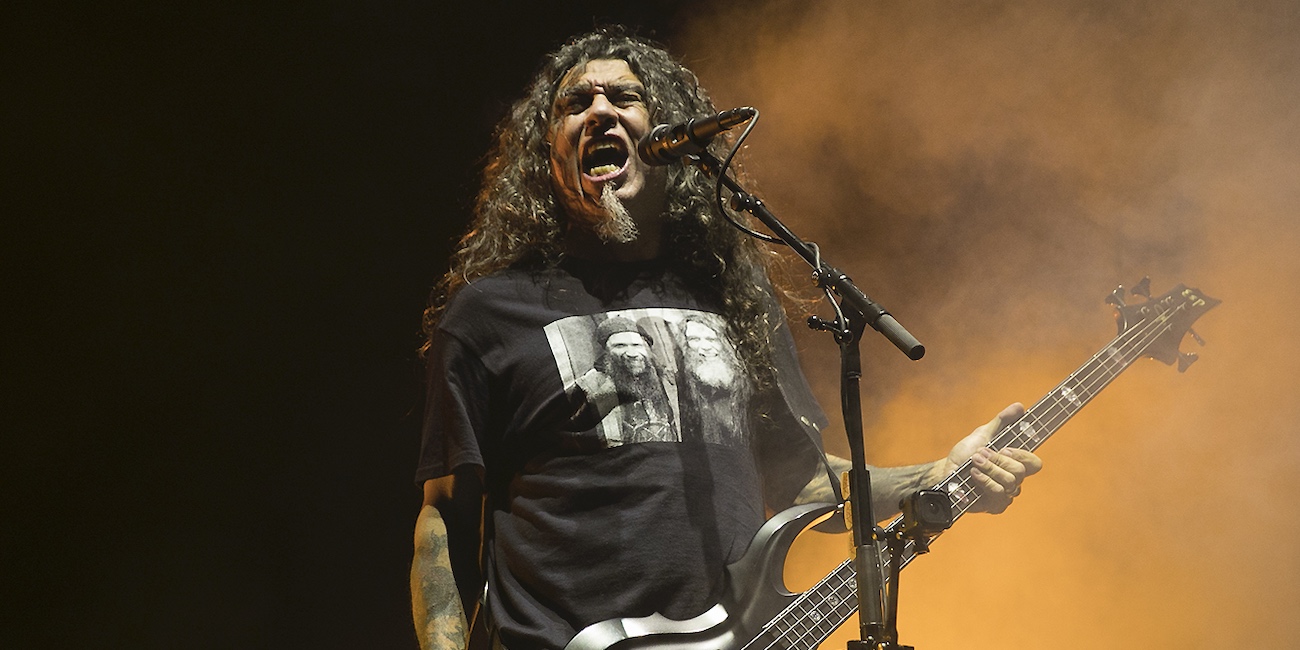 Slayer ended their touring career on Saturday night, playing to a sold-out crowd at The Forum in Los Angeles. The concert put an end to the legendary metal band’s extensive farewell tour, which launched a year and a half ago.

Saturday night’s show was the second of a two-night stand at The Forum, with the thrash masters delivering a 20-song set. The night ended with “Raining Blood”, “Mandatory Suicide”, and set-closer “Angel of Death”. When the music was over, the band members remained on the stage for several minutes, soaking in the adulation from the fans.

He added, “I’m gonna miss you guys. But the most important thing is I want to thank you for being a part of my life. Goodnight. You guys be safe.”

As Metal Injection reports, the show was attended by a number of metal luminaries, with Metallica’s Kirk Hammett posting a pic of himself at the concert with King Diamond and hip-hop star Post Malone. Celebs at the concert included metalhead actors Jason Momoa and Joe Manganiello, as well as comedian Bill Burr and others.

Slayer were joined on the bill by Primus, Ministry, and Philip Anselmo & The Illegals, who had all supported the final leg of the farewell outing.

Our photographer Raymond Ahner was at The Forum to capture the momentous occasion. Check out his photos, along with fan-filmed video footage, the setlist, and social media posts of the final show below, and see our full review of Slayer’s concert at New York City’s Madison Square Garden earlier this month.

Photo Gallery: Slayer perform final show at The Forum in LA (click to enlarge and scroll through):

All photos by Raymond Ahner (@raymond_ahner)