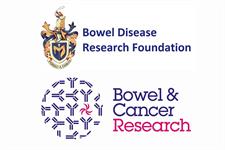 Two bowel cancer and disease charities have announced they will merge next year.

Bowel & Cancer Research and the Bowel Disease Research Foundation said they would form a new charity in a bid to achieve more by working together.

The charities said that while work on the new name continued they would operate using their existing brands.

As the charities are still in talks over the merger, no date has been fixed for when the new charity will be launched.

A spokeswoman said no jobs would be lost as a result of the merger and the move might lead to an increase in staff numbers in due course.

Six trustees from each charity will transfer to become trustees of the new organisation.

The spokeswoman said the merger would be “really good news” for the charities.

“We both have the same aims and values, so it makes sense to continue to fund the best science; that’s what it’s all about,” she said.

2023 Science Books to Add to Your TBR Right Now
6 of the best day trips from Budapest
Marilyn Manson Sued for 1990s Sexual Battery of a Minor
Bob’s Burgers, Family Guy, and The Simpsons Renewed for 2 More Seasons at FOX
All About Chase Sui Wonders, Pete Davidson’s Rumored New Girlfriend