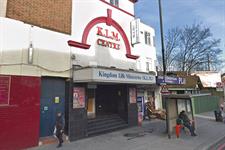 The Charity Commission has disqualified three former trustees of a north London Christian charity after they paid themselves more than £450,000 of unauthorised sums and the regulator found cash worth more than £700,000 had been withdrawn from the charity’s bank account without proper paperwork.

The commission opened a statutory inquiry into Kingdom Life Ministries in June 2017 after including the charity in a list of organisations that had failed to file their annual return and accounts, and to examine the reasons for the charity’s inability to file on time.

The charity had been late in filing its last five sets of accounts, ranging from 681 days late to 38 days late, the commission’s website shows.

The three trustees at the opening of the inquiry were Emmanuel Owusu Ansah, his wife Olivia Ansah and Anthony Osei-Dankwa.

All three resigned on 30 October 2018, and have been disqualified as charity trustees for 10 years each, the regulator said.

During a meeting with the commission in October 2017, the trustees said they had decided to pay themselves weekly remuneration of either £200 or £90.

The commission said the former trustees told the regulator the payments were for costs incurred on behalf of the charity, but there were insufficient records about the reimbursements.

No salaries to trustees were allowed under the charity’s constitution, the regulator said.

Payments continued even after the Charity Commission told the charity on 3 April 2018 they must cease, with the trio receiving £28,972 after that date.

Invoices for construction work, international flights and video production were finally sent to the commission earlier this month, according to the regulator.

Estimated expenses were given to the commission to explain the cash withdrawals, but the amounts included did not match the actual withdrawals made, the Charity Commission said, and there were no relevant records provided by the trustees.

Individuals connected to the former trustees also received payments of £38,216 between December 2015 and May 2018, the commission said.

The former trustees also failed to comply with official orders and directions from the Charity Commission, the regulator said.

The commission therefore concluded that serious mismanagement and/or misconduct had taken place, and banned all three former trustees for 10 years each.

A new board has been appointed to the charity.

The charity did not respond to a request for comment.