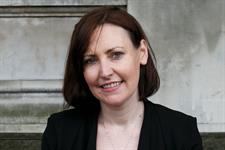 The shadow charities minister has called for “urgent answers” about the future of the National Citizen Service following the collapse of the programme’s former delivery partner The Challenge.

Vicky Foxcroft, who is running again as the Labour candidate for Lewisham Deptford in south-east London, also said that attempts to get further information on NCS spending from the Department for Digital, Culture, Media and Sport had been “ignored”.

Her comments come two days after The Challenge collapsed into administration, following the loss of a £60m contract with the NCS Trust in August to deliver NCS services.

The Challenge, which employs 210 people, launched a £22m legal claim last month against the NCS Trust after losing the contract, with The Challenge claiming that the trust’s software system was “inadequate and/or not fit for purpose”.

A statement from the charity said it had raised concerns about the NCS’s contracts with the DCMS 16 days before The Challenge lost the contract, but that nothing had been done by the government in response.

Foxcroft said: “The Challenge has been in touch with the DCMS time and again to raise their concerns about the NCS and funding. These should have been followed up on, but instead their concerns were shoved under the carpet and ignored.

“We now need urgent answers as to how the NCS are going to deliver their programmes in the future.

“I have also sent in several FOI requests to the DCMS about where NCS money is being spent, but these have all been ignored. These are questions which need addressing.”

Foxcroft also tweeted the outgoing culture secretary Nicky Morgan asking why nothing had been done to save The Challenge, despite being made aware of the situation by the charity.

@NickyMorgan01 – I know you’re standing down but I can’t believe you’ve just watched @TheChallenge_UK go into administration w/out even meeting to discuss concerns. 100s of youth workers are set to lose their jobs.

The NCS Trust pointed to a previous statement released earlier this year in which it announced it was expanding its delivery network to include hundreds of new partner organisations and that it expected its delivery costs would drop 30 per cent over the next five years.

The DCMS said it was unable to comment because of the upcoming general election.

Dress Code: Athlete
8 of Morocco’s best beaches for surfing, swimming and sunbathing
Cindy Williams, Laverne & Shirley Actress, Dead at 75
15 Types Of Chains For Men and How You Should Wear Them in 2023
Ginny & Georgia Showrunner Breaks Down Season 2’s Biggest Twists, Including That Shocking Cliffhanger