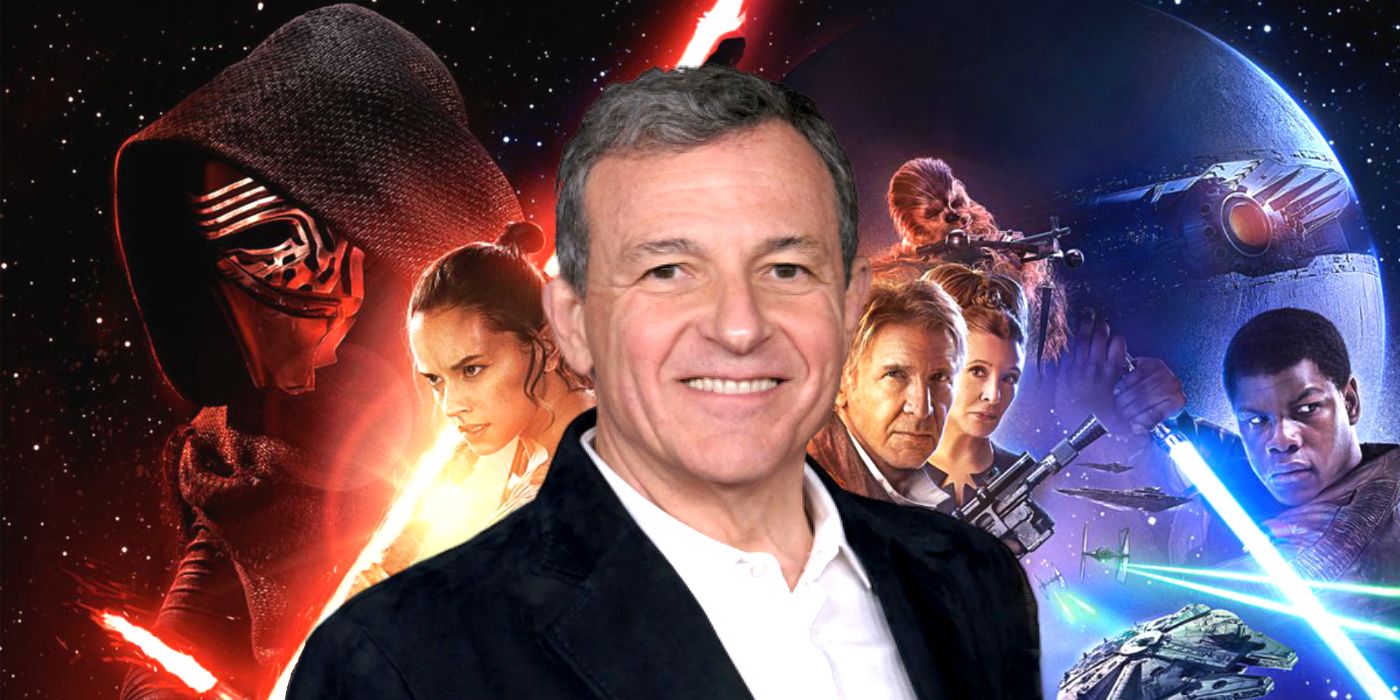 A fan dying of cancer got to see Star Wars: The Rise of Skywalker early thanks to Disney. The final chapter in the Star Wars sequel trilogy, The Rise of Skywalker brings back new school heroes Rey, Poe, Finn, Rose and others while also reaching into the past to resurrect the most evil of all Star Wars villains, Emperor Palpatine. Though Disney chose to reveal Palpatine’s involvement in Rise of Skywalker with an early trailer tease, the exact nature of his role is not yet known.

As expected, the Emperor’s role and other plot specifics about the movie are being kept a closely guarded secret – though it was recently revealed that the cat was almost let out of the bag on the whole movie when star John Boyega got careless with his script and someone ended up trying to sell it on eBay. Despite efforts of script thieves and others who are desperate for spoilers, the actual events of Rise of Skywalker are still not yet known, with only small hints being made available to fans via artwork, TV spots and the like. For instance, fans now know that porgs are back for the movie thanks to a random international poster, while a video teased the return of the Ewok Wicket.

Though the general public is not yet privy to Rise of Skywalker and all its major plot developments, a few lucky people do know what goes down in the franchise-capping film, including one fan battling cancer who was given a sneak peak of the film by Disney. As reported by CBR, Rowans Hospice in the UK reached out on behalf of an unnamed patient and received a generous response from Disney chief Bob Iger, who arranged for the fan to see the film ahead of its December 20th release. See the entire tweet exchange between the hospice and Iger in the space below:

Can you help? We have a patient who’s a HUGE #StarWars fan. Sadly, time is not on his side for the 20th Dec. His wish is to see the final Star Wars film #RiseOfSkywalker with his young son. If you know ANYBODY who might be able to make it happen, please share with them. Thank you

Please provide me with the necessary details and we will certainly try.

On Wednesday we threw a Star Wars themed party for the patient and his family. We were joined by Stormtroopers, wookies and droids and a brilliant time was had by all pic.twitter.com/SDAoUDIsXq

Rowans Hospice later released a statement on behalf of the fan thanking Disney for making his dream come true:

“I just want to say the biggest thank you to everyone that has helped to make this happen. During what is just a horrible situation to be in, you have helped to make some wonderful memories and bring some joy to my family. I am a huge Star Wars fan and what I am going through is completely dire. Then to top it all, I thought I wasn’t going to see the film I have been waiting to see since 1977! I still can’t believe it. The only way I can describe this to you is to say that this must be what it feels like to be told you have won a million pounds!”

This of course is not the first time a fan with a terminal illness has reached out to arrange an early screening of a highly anticipated film. Earlier this year, Reddit got involved after a terminally ill fan asked for an early viewing of Avengers: Endgame. And a few years ago before the release of The Force Awakens, an internet campaign helped another terminally ill fan get an early screening of that film.

Obviously, Disney and Iger deserve kudos for making one huge Star Wars fan’s dream come true. This heartwarming story is just one more example of the huge impact Star Wars has had on the lives of so many people around the world, and a reminder that despite all the negativity that sometimes surrounds films like Star Wars: The Rise of Skywalker, there are still plenty of fans out there who feel nothing but pure love for their favorite movies.

More: New Rise of Skywalker Box Office Projections Are LOWER Than Before

Eva Longoria’s ‘Desperate Housewives’ Aston Martin For Sale
Steve-O Brings Bam Margera on Tour, Jokes He’s Britney Spears of ‘Jackass’
Landmark commission report urges charities and businesses to work together
Yes, Megan Fox Is Blonde Now, But She’s Also Having The Best Time Trolling Machine Gun Kelly
15 Types Of Chains For Men and How You Should Wear Them in 2023