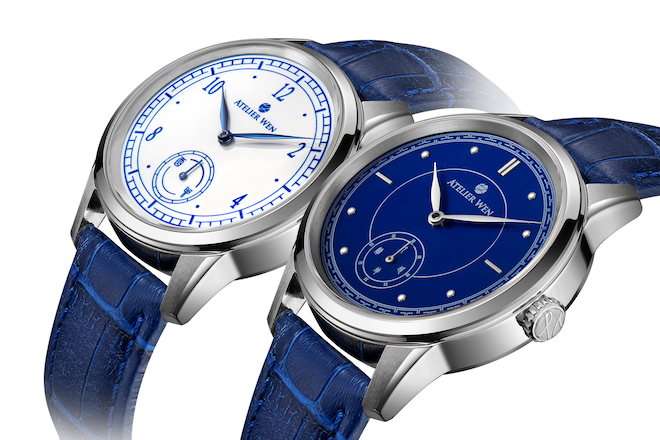 Co-founded by Wilfried Buiron and Robin Tallendier, Atelier Wen is a French interpretation of modern Chinese chic. Combining the French word for workshop, “Atelier” and the Chinese word for culture, “Wen”, Buiron grew up in Hong Kong, studied in Peking and Tsinghua University and speaks fluent Chinese. While Tallendier, on the other hand, has extensive experience of the Chinese watch industry and is the youngest foreign advisor in horology within the China Horologe Association.

Hence through Atelier Wen, the pair of Frenchmen hope not only to express their taste in fashion, but also to convey a sense of appreciation for Chinese culture and Atelier Wen does that with aplomb, expressing Chinese watchmaking with traditional Oriental aesthetics. 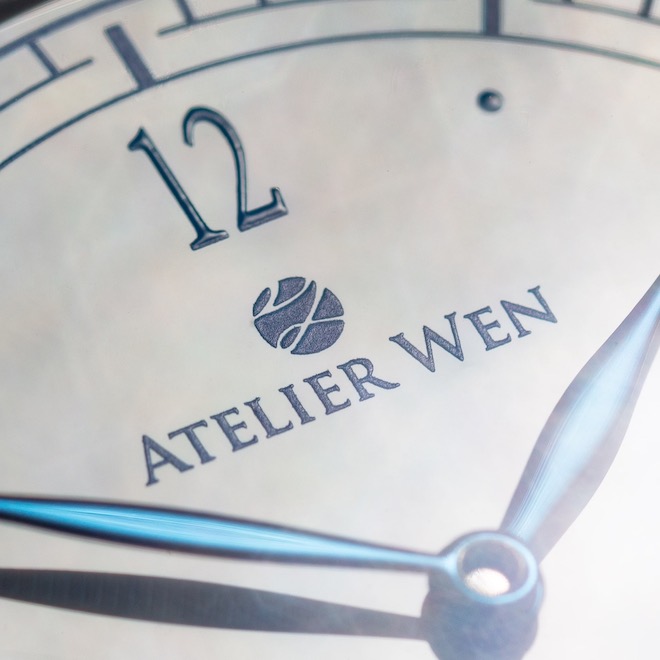 “Porcelain Odyssey” is Atelier Wen’s debut series, a pair of two watches named after single Chinese characters in reference to the colours of their dial – “Ji” for an unobtainable blue shade of Yuan-dynasty porcelains and “Hao” for a white that is pure and without blemish.

Using a top-grade the SL-3006 movement (decorated with cotes de geneve on the rotor and perlage on the top plates) with 41 hours power reserve from the Dandong Peacock Watch Factory, Atelier Wen’s Porcelain Odyssey combines elements of Chinese design and craft, such as porcelain dials in the style of traditional Chinese ceramics. Beneath the delicate porcelain dial, the Chinese calibre adjusted in 5 positions and runs with a daily variation not exceeding +/-10 seconds a day. Given architecturally similar natures of the SL-3006 and ubiquitous 2824 calibre, the designers made the decision to cover the  industrially, finished calibre behind a solid case-back featuring a high-relief embossing of of Chinese legend, a colossal Kunpeng (鲲鹏) bird, bringing to the fore the pure aesthetics of the design sans distraction. 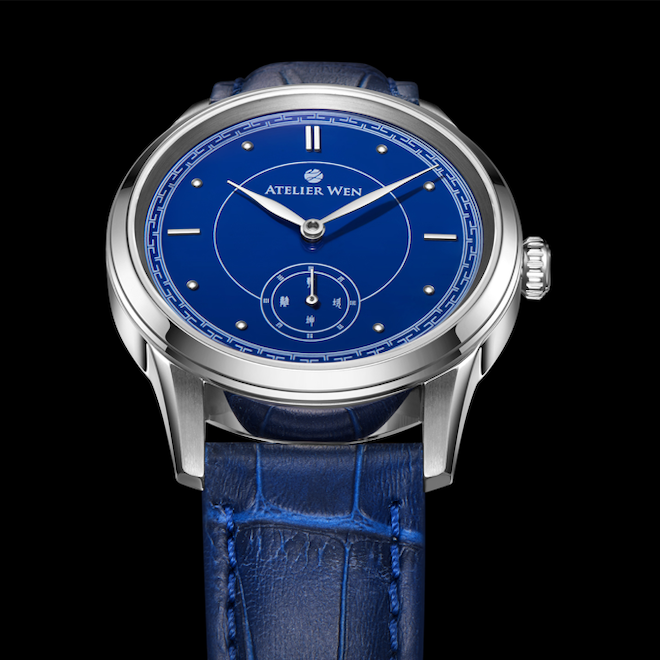 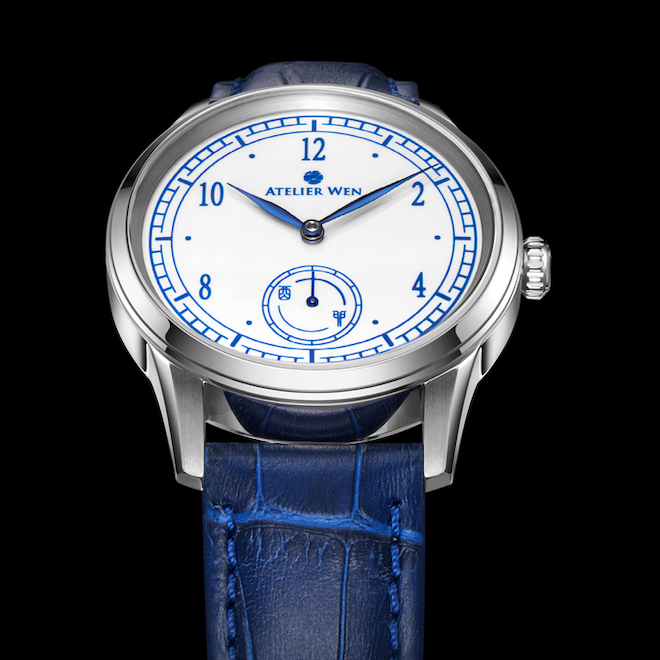 The undeniably oriental aesthetics were conceived by Liu Yuguan and Li Mingliang, two top designers from one of China’s finest design academies, specialised in watch design and traditional Chinese art. Atelier Wen’s “Ji”  or 霁 Porcelain Odyssey series, referring to an unobtainable blue created centuries ago from lapis lazuli. reveals an uncommon shade of blue porcelain for its dial with a rich palette of hues that is revealed under different lights.

The Ji’s dial also features manually-applied rhodium-plated hour dots and baton makers as indexes. The overall look of the Eastern Orient is anchored with another design element: Eschewing the traditional railway pattern for a stylized “Huiwen” motif where each indent represents a minute. The leaf hands reflect the same sheen as the indexes creating an overall cohesive aesthetic. Finally, there’s the subdial, more symbolic rather than functional, representing the Taoist “Bagua”. One of its interpretations is related to time as each symbol represents a cardinal direction indicating the sun’s position in the sky and thus the corresponding time. 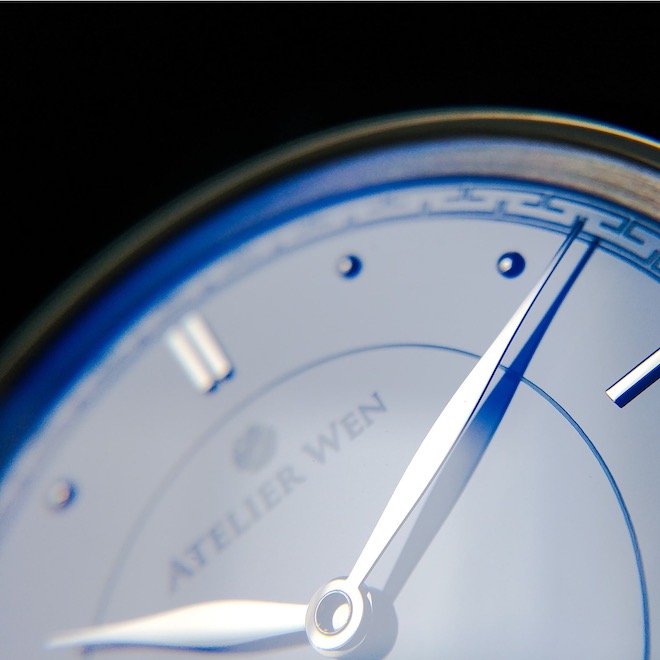 The “Hao” on the other hand, uses a jasmine white porcelain dial adorned with blue elements in homage to the famed Qinghua Ci porcelains. Combined with a structure similar to 1950s French and Swiss chronometer dials, the resulting piece is sleek and unassuming, yet subtly eye-catching.

The subdial here is an homage to the traditional time-measurement system called “Dizhi” or “Earthly Branches”. The stylized characters “Mao” and “You” represent the hours from 5AM to 7AM and 5PM to 7PM – that is sunrise and sunset. 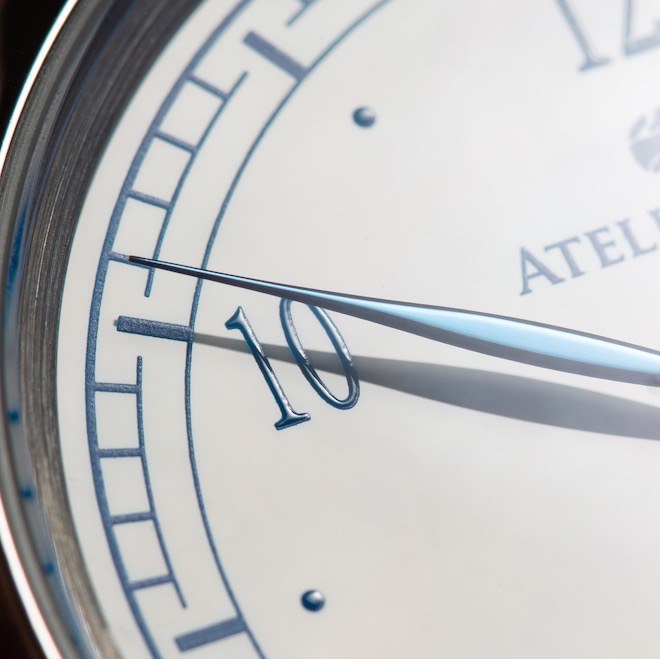 Finding a supplier for genuine porcelain dials was no easy task. None of the manufacturers they contacted actually made porcelain dials, but only porcelain imitations. Eventually, Buiron and Tallendier headed to China’s porcelain capital Jing Zhen to no avail since no one had the expertise required to turn the porcelain to watchmaking purposes. Eventually, a partner in Shenzhen, specialised in zirconium oxide porcelain, had the solution giving birth to the iconic lustrous azure and ivory dials.

Outside of fine watchmaking, blue hands are typically ion-plated and painted. The iridescence of heat-blued hands is beautiful to behold and beyond compare to all other alternatives, hence Atelier Wen scoured the nascent Chinese watch industry for the best suppliers of heat-blued indicators.

Through Ateiler Wen’s new Porcelain Odyssey series, Buiron and Tallendier are confident they can give an international dimension to a brand deeply inspired by Chinese heritage. There is much scope in adapting Chinese culture and aesthetics to modern society while perpetuating stories rooted in Far East-Asian traditions.

‘The Last Of Us’ Recap: Bill & Frank’s Riveting Story Is Revealed As Joel & Ellie Make Their Way To Them
2023 Science Books to Add to Your TBR Right Now
Television’s Tom Verlaine Dies at 73
Women Holding Things
Inquiry launched into charity after cryptocurrency exchange backer goes bankrupt