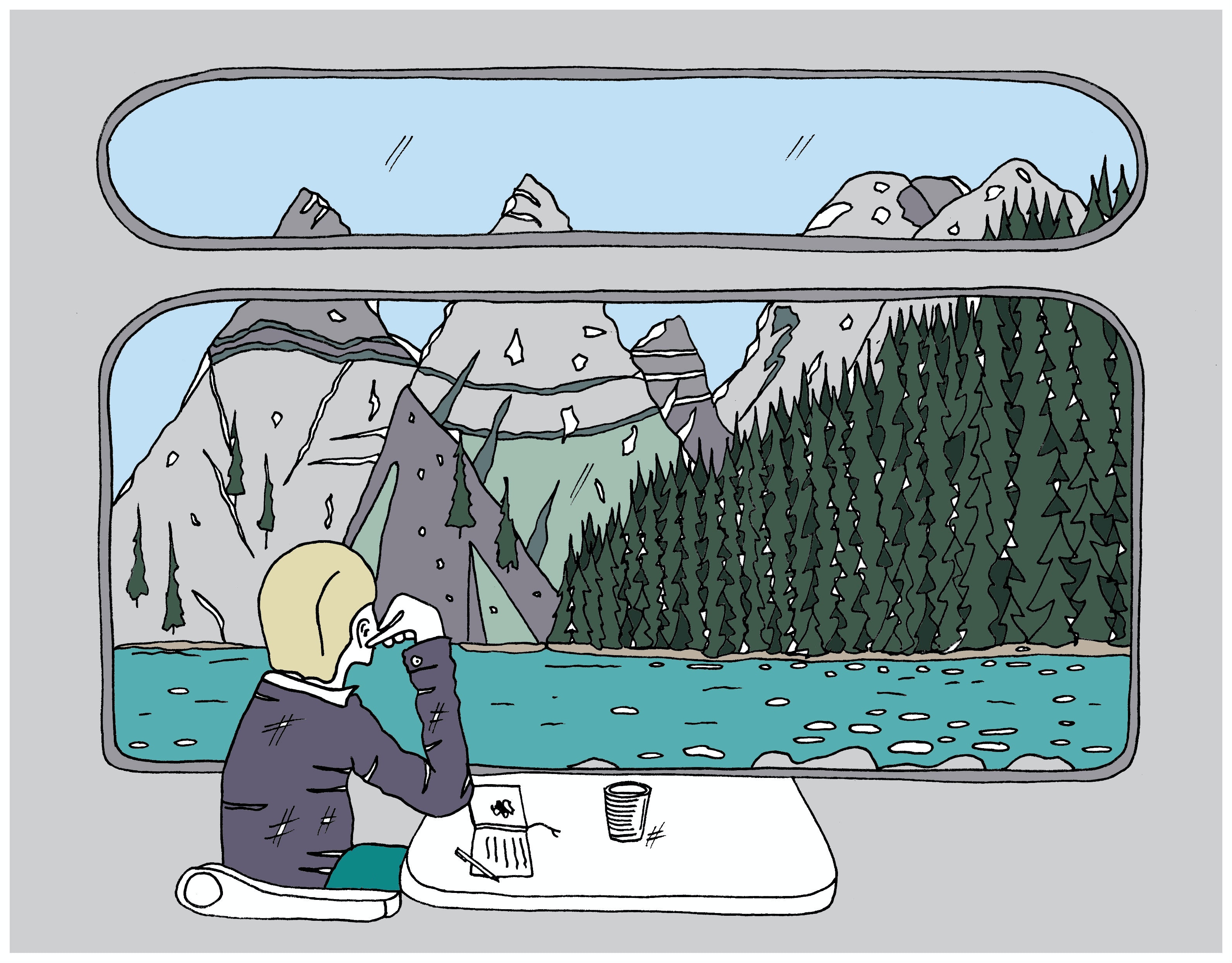 Aside from a few forays to France, the furthest my maternal grandparents travelled was Pembrokeshire, Wales (repeat visits to a wind-buffeted static caravan in Croes-goch, if you must know). Just a generation later, my parents’ peregrinations had encompassed most of Western Europe.

As of writing, I’ve visited about 50 countries (I counted them up once, but have forgotten the total), most of them during two spells of backpacking – first across the US, then around the world – plus others as and when the opportunity arose.

My wife has been to twice that number of destinations, and I’d wager that a significant proportion of the people who comprise Lonely Planet’s extended community – staff and contributors, followers and fans – have led equally footloose lives.

The trend continues, too: my son, four, and daughter, one, have already visited many more places than my grandparents did in their entire lives. In fact, Harvey probably covered more miles in utero than they managed in total.

You can visualise each generation’s expanding horizons as a series of concentric circles, like ripples spreading out from a stone dropped in a pond; assuming that trend doesn’t go into reverse (which is possible, of course, given variables like climate change), where will the edge of my children’s known universe lie? Just as I have explored the far side of this planet, might they explore the far side of another world?

It’s not as far-fetched as it sounds. As it often does, the stuff of science fiction has become the stuff of science fact: the race for space is more competitive now than it has been at any time since Neil Armstrong took that famous first step on the surface of the Moon, an epoch-defining moment that happened 50 years ago this July.

From moonshots to Mars

The US government recently vowed to revisit our lonesome natural satellite within five years, but the real action is arguably elsewhere as a trio of companies bankrolled by billionaires – Richard Branson’s Virgin Galactic, Jeff Bezos’ Blue Origin and Elon Musk’s SpaceX – compete to conquer the final frontier.

The obstacles are formidable; the progress is remarkable. Whether or not we witness commercial space travel take off in 2019 (in both senses of the phrase), the expert analysis of Stanford University’s Professor G. Scott Hubbard – a former director of NASA’s Ames Research Center – suggests that we stand on the threshold of a new era.

After the moonshot, the US wants to send astronauts to Mars. And then? Because we won’t stop there. Michael Collins, who piloted the Apollo 11 Command Module around the Moon as Armstrong and Buzz Aldrin bounded across its sterile surface, expressed this ever so well: ‘It’s human nature to stretch, to go, to see, to understand,’ he said. ‘Exploration is not a choice, really; it’s an imperative.’

Or as another Buzz might say: to infinity and beyond.

So will my children ever enjoy a Grand Tour of the Solar System, as envisaged in NASA’s charming Visions of the Future posters? (Do check them out.) Will they stand in the shadow of Mars’ Olympus Mons, which rears to more than twice the height of Everest? Will they gape at the raging auroras of Jupiter, hundreds of times more powerful than our own Northern Lights? Will they sail the methane lakes of Titan, Saturn’s most enigmatic moon?

Alas, no. If it comes to pass, such a journey would be the preserve of a privileged few for many generations; just as the original Grand Tour of Europe was restricted to the aristocracy, so a round-trip of our galactic neighbours would remain beyond the reach of all but a coterie of plutocrats for the foreseeable future.

There’s a fair chance, however, that my children’s generation will see the curvature of the Earth from a sub-orbital flight, and some of them might, just might, leave a footprint on the Moon (thanks to Wallace and Gromit, Harvey already spends a lot of time speculating about this possibility).

A mote of dust

In his exquisite book Pale Blue Dot, Carl Sagan predicts we will eventually evolve into a spacefaring species, exploring the Milky Way in much the same way as we once sailed this planet’s uncharted seas. But there is nothing triumphalist about his vision; in fact, that dot – the Earth photographed from the Voyager 1 spacecraft; ‘a mote of dust suspended in a sunbeam’ as Sagan describes it – proves to be a profoundly humbling sight.

It’s a stance shared by the UK’s current Astronomer Royal, Martin Rees, who argues that we should avoid the term ‘space tourism’ altogether. According to Rees, that formula of words gives us an excuse to ignore the perilous predicament of our planet, misleadingly implying that we could start again elsewhere once this world has been utterly exploited and exhausted.

Space excites me; perhaps it excites you, too. I think that’s because, from Star Trek to Star Wars, our culture often depicts it in a way that fits neatly into a traveller’s conceptual model: it’s the realm of the new exotic, the absolute last word when it comes to getting off the beaten track we call… home.

You can no more suppress our species’ longing to reach the stars than prevent a curious child from exploring the boundaries of its world. Sooner or later, we will boldly go – and not just astronauts or the ultra-rich, but ordinary people like me and you. But when we do, amid all the excitement, let’s not forget our point of origin.

In the words of Sagan from 25 years ago, let’s remember that: ‘Our planet is a lonely speck in the great enveloping cosmic dark. In our obscurity, in all this vastness, there is no hint that help will come from elsewhere to save us from ourselves … Like it or not, for the moment the Earth is where we make our stand.’

The Sun Walks Down
15 Types Of Chains For Men and How You Should Wear Them in 2023
All About Chase Sui Wonders, Pete Davidson’s Rumored New Girlfriend
‘Fear’, ‘Infinity Pool’, ‘Skinamarink’ Scare Up Cash In Indie Horror Bonanza – Specialty Box Office
Travel companies are ‘greenwashing’ — here are 3 ways to find ones that aren’t