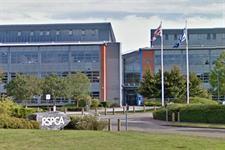 Negotiations between the RSPCA and union officials over staff pay and conditions have officially broken down, with the charity saying the sides are in “formal dispute”.

Third Sector revealed in October that the charity was planning to dismiss staff who do not agree to a new performance-related pay scheme, prompting a furious backlash from Unite, the charity’s recognised trade union.

The move, which would affect more than 1,700 staff members in roles ranging from fundraising to animal care, has led to Unite conducting a consultative ballot with members at the charity to see if they would back any type of industrial action.

The ballot is due to conclude on 5 December, after which union officials will decide whether to proceed to a formal ballot of union members over possible industrial action.

The union has declined to confirm how many members it has at the charity, but in an open letter sent earlier this week to Chris Sherwood, chief executive of the RSPCA, it said they made up “the majority” of employees there.

In an update to staff yesterday, Sherwood said: “Unfortunately the union has advised us today that it is unable to agree to the final position of the society, which is a matter of deep regret.

“This is despite the society extending the negotiation period and further amending its proposals in its document to the union on 25 November, in a final attempt to reach an agreement.

“We will now formally register a failure to agree with Unite.”

Sherwood told staff in the update that it will be “up to you as an individual employee to decide whether to accept the changes or not by signing your individual contracts”.

In a letter sent yesterday to Sherwood, union representatives said the charity has rejected “reasonable proposals to break the current impasse”, including putting forward what is called “a genuine and reasonable alternative structure to negotiations and timescales”, only for these to be rejected by the charity.

The union’s letter said it wanted separate negotiations and timeframes on three discussion areas around the pay framework, allowances and performance-related pay, but the RSPCA had been unwilling to entertain this.

“As a result, Unite the Union does not accept the proposals in their entirety as presented by the executive of the RSPCA, and is therefore in formal dispute with the charity leadership,” the letter said.

A spokeswoman for the charity said it entered negotiations with the union in good faith and with a genuine desire to reach an agreement.

She said the charity extended the negotiation period in an attempt to reach an agreement and amended its proposals so was “extremely disappointed” that the union was unable to agree the final position.

“Unfortunately the very challenging financial times we face mean we cannot delay these changes any further – we must act now to become sustainable for the future and be able to reach as many animals as possible,” she said.

“We have kept staff fully up to date with each step of this process and taken their feedback on board, amending our proposals where we can.

“We have reassured them that current base pay is unaffected and these changes will only affect future allowances and increments.”

Bill Gates says no country ‘gets an A’ for its Covid pandemic response—including the U.S.
How to book your first ski holiday: the 10 best ski resorts for beginners
Peloton Instructor Leanne Hainsby Diagnosed with Breast Cancer
Op-ed: Salesforce appoints ValueAct’s Morfit to its board and a proxy fight may loom ahead
19 of the best free things to do in Dublin