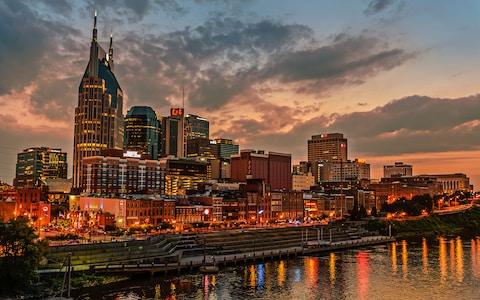 Forget toasters, electric toothbrushes and TVs, the long-awaited spending frenzy has now infiltrated the world of holidays, meaning tour operators, airlines, hotels et al are getting in on the act and offering up discounts and deals of up to 50 per cent off.

Below we have rounded up some of the best around, with offers covering breaks this winter and well into next year. Many expire today but some last into next week.

Be sure to double check the terms and conditions of all below deals with the operator involved. See here for guidance on how to spot the best offers.

Ryanair (ryanair.com) has launched a sale with up to 25 per cent off one million seats. Flights must be booked on November 29 for travel from December to March.

Hong Kong’s flag carrier Cathay Pacific (cathaypacific.co.uk) is promising fare reductions on Black Friday but has released details in advance of its teaser offer, a £300 voucher to be spent in Hong Kong’s airport for those travelling before the end of the year. The offer is available to anyone travelling in transit with the airline.

Air Transat (airtransat.co.uk) is running a sale until November 29, offering return flights from London Gatwick to Toronto from £299, for selected dates in the New Year. There are other deals on Montreal, Vancouver and Calgary.

Singapore Airlines (singaporeair.com) is launching a flash seat sale from the UK, with cut-price fares to more than 15 destinations from London Heathrow and Manchester, including Singapore, Bangkok, Sydney and Auckland.

British Airways (ba.com) has launched a “black and white sale” lasting until December 3 across its network, with city breaks from £99 per person, business class flights to Nashville from £1,595 return and flights to Las Vegas from £399.

Air New Zealand (airnewzealand.co.uk) says it will release 100 return tickets between London and Los Angeles for just £179 per person at 10am, November 29. It says further offers will follow until December 3.

Eurostar (eurostar.com) is asking travellers to log on to its Eurostar Snap website (snap.eurostar.com) to pick up one-way tickets to Paris, Brussels or Lille for £25. Guests book whether they want to travel in the morning or afternoon and then receive details of their exact departure 48 hours in advance.

Hilton (hilton.com) says there will be savings of up to 30 per cent on stays at more than 450 hotels across Europe, the Middle East and Africa, running until January 28.

Aurora Zone (theaurorazone.com) is offering savings of up to £500 per couple for festive breaks this Christmas, booked by December 3; among them a three-night, full-board stay at Lake Inari in Finland, including activities, flights and transfers, from £1,375 per person, down from £1,625.

Emirates Holidays (emiratesholidays.com) has a range of offers on stays in the Maldives, Dubai and Thailand, including up to 40 per cent off a three-night stay at the five-star Fairmont The Palm in Dubai, with prices from £699 per person, including flights and half-board.

Prestige Holidays (prestigeholidays.co.uk) has a range of offers, including 25 per cent off stays at four-star Los Jameos Playa in Lanzarote, booked up until December 3. It is also offering £600 off per person on trips to Bermuda, staying at the Hamilton Princess and Beach Club, including return flights. Must be booked between November 29 and December 6.

Florida specialist Ocean Florida (ocean-florida.co.uk) is offering a number of holidays to the US state at cut prices, including: seven nights at the Avanti Palms Resort from just £389 per person, including flights, based on for sharing; and seven nights self catering at the Fantasy World Resort based on six sharing a two-bed apartment, from £399.

Turquoise Holidays (turquoiseholidays.co.uk) is offering 50 per cent off accommodation at Six Senses Laamu in the Maldives, with the price per person for seven nights coming to £1,999, including flights, speedboat transfers and half-board dining.

Eurocamp (eurocamp.co.uk) is promising those booking up December 2 50 per cent off all holidays in 2020 in selected locations, including sites in the Dordogne, Languedoc and Tuscany.

The ultimate travel bucket list: 29 things to do before you die

STA Travel (statravel.co.uk) has 40 per cent discounts available on some of its adventure tours for Black Friday and to mark its 40th birthday. The offer applies to selected tours, including itineraries in Australia, Sri Lanka and Thailand. There are additional discounts available to campervan hire in the US, bus passes in Europe and New Zealand and accommodation in Sydney, Melbourne and Auckland.

Last Minute (lastminute.com) is launching a raft of sales, from beach and sun to transatlantic trips. Choice cuts include seven nights half board at a four-star hotel in Lanzarote from £369 per person, including flights, departing December 7, and four nights at a four-star hotel in New York, including flights, from £499 per person, departing January 10.

Anyone with ambitions to head down under in the New Year should keep an eye on Austravel (austravel.com), which is offering £150 off on Black Friday, including on a two-week holiday to Western Australia, with accommodation, car hire and flights, departing in May.

Sandals (sandals.co.uk) is joining in by offering £150 off on a number of its hotels across a range of destinations, including a seven-night, all-inclusive stay at its Sandals South Coast Jamaica from £1,699 per person, based on two adults sharing, including flights and transfers.

Spain’s La Manga Club in Murcia (lamangaclub.com) is offering up to 40 per cent off on stays taken before next autumn, with additional savings available on spa treatments and wedding bookings.

Crystal Ski Holidays (crystalski.co.uk) will give anyone booking a trip between November 27 and December 3 £50 off per person.

Winter operator Ski Beat (skibeat.co.uk) has cut up to 30 per cent off some of its trips for this season, including seven nights fully catered at a chalet in La Plagne, complete with sauna, from £729 per person, including flights and transfers.

Club Med (clubmed.co.uk) has a number of offers on, including one with savings of £720 per person on a seven-night all inclusive trip to the Club Med Grand Massif Samoens Morillon Chalet-Apartments, costing £4,605 per person, including flights.

Iglu Ski (igluski.com) is offering savings of up to 50 per cent on chalet holidays, including a seven-night catered holiday in St Anton, Austria, based on two sharing, costing £851 per person, with flights and transfers.

Inghams (inghams.co.uk) says guests can save £100 per person on bookings this weekend.

Avis Prestige (avisprestige.com) is marking Black Friday with 50 per cent off deals on luxury car hire for vehicles booked up to December 18.

Red Funnel Ferries (redfunnel.co.uk) has cut the price of all bookings made by December 6 by a third, with no black-out dates, up to November 2020.