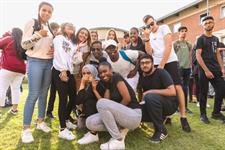 A war of words has broken out between The Challenge and the National Citizen Service Trust after the trust said it was not to blame for its former delivery partner’s collapse into administration.

Yesterday The Challenge announced it had entered into administration, owing to the ramifications of the loss of a £60m contract in August to deliver NCS services.

The Challenge, which employs 210 people, said it had been in negotiations for five months with the government and the NCS Trust to avoid its collapse, but that talks had ultimately proved fruitless.

The charity is also in a £22m lawsuit with the NCS Trust over claims the latter’s software system was “inadequate and/or not fit for purpose”.

In a statement announcing the administration, The Challenge said the collapse was a “national scandal” and expressed anger at how the charity had been forced into financial difficulties.

But in a lengthy statement in response, the NCS Trust said that it was “simply not responsible” for The Challenge’s administration.

“The fact remains The Challenge decided it would not sign contracts to deliver NCS from 2020 and that was the main catalyst for the resulting problems it has faced,” the NCS Trust’s statement said.

“NCS Trust has been working tirelessly right up until today to negotiate a way forward with The Challenge, including the offer of a board-to-board meeting that was refused.

“All money has been paid to The Challenge for the delivery of its places this summer and autumn even though we understand The Challenge has not subsequently paid all its suppliers.

“It also entered into an expensive and misguided High Court action against NCS Trust rather than taking up our offer of independent mediation.

“To suggest there is a failure of oversight in NCS provision is utter nonsense. What has happened here is The Challenge has worked to try to force other bodies to come to its aid when there is no rationale for anyone doing so.”

The NCS Trust also suggested that The Challenge’s fall was a failure on the charity’s part to win a new contract to help run the NCS programme.

“Rather than a lack of oversight, it is more accurate to say this has been the failure of The Challenge, and The Challenge alone, to recognise it was one of a number of suppliers to NCS Trust in a competitive public procurement process, and it is the job of NCS Trust to deliver its programme safely and at the best possible cost to the taxpayer,” the statement said.

“We will do what we can to assist staff and suppliers of The Challenge. Challenge staff eligible for transfer to other suppliers have done so under the TUPE process.”

In response, The Challenge hit out at perceived inaccuracies in the NCS Trust’s statement.

In a statement, The Challenge said: “The statement from NCST exposes exactly the high-handed, disdainful, arrogant behaviour and wilful misrepresentation of the truth that we and many others have encountered in our dealings with them. They believe that they are beyond reproach.

“Our lawyers will attest that significant payments remain outstanding and that far from withdrawing from the contracts, we sought legitimate assurances on their safety and viability.”

Third Sector understands that The Challenge had been in discussions with the Department for Digital, Culture, Media and Sport about the NCS Trust’s behaviour and leadership before its contract was ended.

The Challenge had also asked the DCMS to step in to help find a resolution, but was concerned at the department’s inaction over the dispute.

“The contracts – which we had fairly won and been awarded – were unilaterally withdrawn on 31 July 2019, 16 days after we registered our concerns with DCMS,” the statement from The Challenge said.

The DCMS declined to comment on The Challenge’s administration.