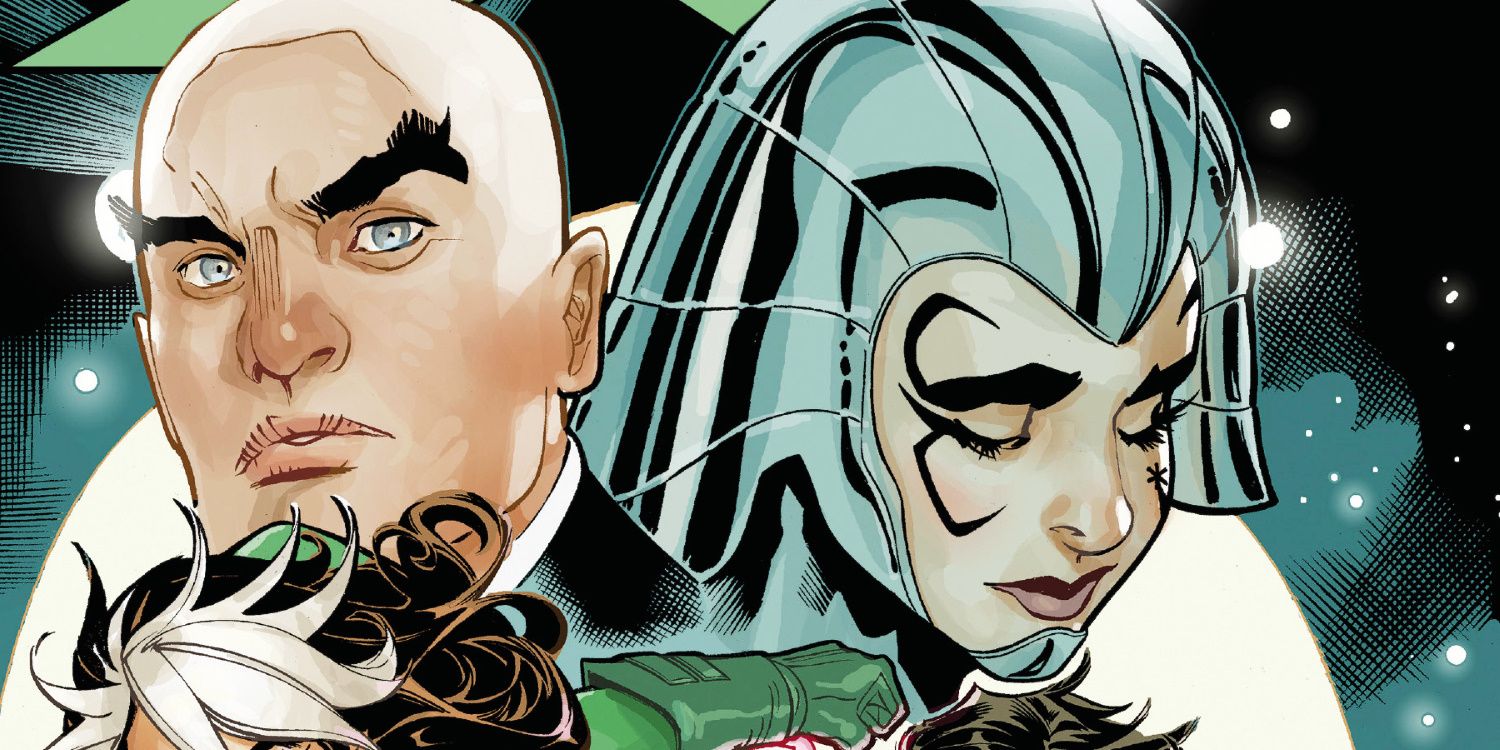 Jonathan Hickman’s X-Men relaunch has revealed that Charles Xavier’s daughter, Xandra, is about to take command of an entire alien empire. The X-Men have a long history with the aliens known as the Shi’ar, an Avian race who have involved themselves with human affairs on several occasions. In fact, for a time Charles Xavier lived in Shi’ar space and had a relationship with the Shi’ar Empress, Lilandra.

Last year’s Mr and Mrs X series revealed that Xavier and Lilandra actually had a secret daughter. The daughter of two prominent telepaths, Xandra appears to be a powerful psychic in her own right. She had the instinctive ability to telepathically deceive others by projecting an appearance that would prompt others to protect her; hilariously, when she was encountered by Gambit, that meant she looked like a completely naked Rogue. It’s impossible to say how powerful Xandra is; she’s unlikely to be an Omega mutant, given Jonathan Hickman has even retconned Professor X as a non-Omega.

This week’s New Mutants #2 reveals that Xandra is being trained to take over as ruler of the entire Shi’ar Empire. The throne is currently occupied by Gladiator, a super-powerful being who previously acted as leader of the Shi’ar Imperial Guard, but it seems he believes this should only be a temporary state of affairs. Gladiator is loyal to the Royal House of Neramani, and he essentially views himself as a regent who rules until Xandra is old enough to take charge. He believes that Xandra is maturing at an accelerated rate, and that it won’t be long before she’s ready.

Unfortunately, Gladiator’s loyalty to the House of Neramani leads him to a critical error; he decides to send for another member of the royal family, Deathbird, to help prepare her. That’s certainly going to be a mistake; Xandra’s aunt has long coveted the throne for herself. Worse still, the New Mutants wind up hitching a ride with the Imperial Guardsman who goes to collect Deathbird, and Sunspot immediately falls head-over-heels for Deathbird. Sunspot is arrogant enough to believe himself immune to Deathbird’s manipulative ways – and that makes him highly vulnerable.

It will be fascinating to see how New Mutants plays out. The story is taking quite a few unexpected twists, and right now it appears to be the cosmic equivalent of Game of Thrones, with characters being assembled who will vie to take charge of the entire alien empire. It’s worth noting, though, that Gladiator is probably underestimating his charge; the daughter of Charles Xavier and Lilandra Neramani is likely to be a far more potent contender than he believes.

New Mutants #2 is on sale now from Marvel Comics.

Frozen 2’s Funniest Joke Was Already Done In The MCU