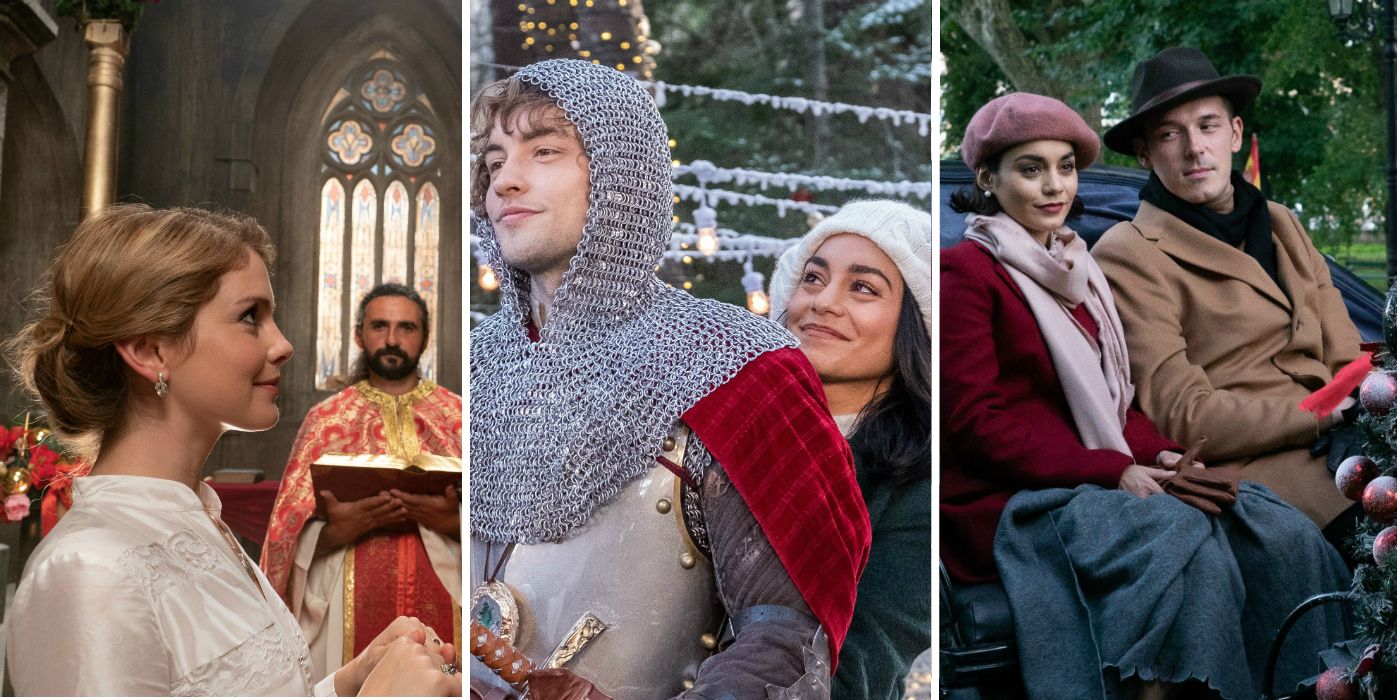 Warning: SPOILERS ahead for The Knight Before Christmas, A Christmas Prince and The Princess Switch.

Netflix’s fluffy Christmas rom-coms have become as much of a festive tradition as twinkling lights and Starbucks red cups. Up until recently, the only thing thy were believed to have in common was far-fetched, Hallmark-like plots involving charming princes, heroines who are pretty terrible at their jobs and cute kids who also double as match-makers. Turns out there’s more to it than that, as revealed by the recently released The Knight Before Christmas.

The Knight Before Christmas is the fourth film of its kind on the streaming giant, preceded by the Christmas Prince franchise (movie 3 is coming next month) and The Princess Switch movie, which is also getting a sequel. Like The Princess Switch, The Knight Before Christmas also stars Vanessa Hudgens, who falls in love with Sir Cole, a knight from Medieval England who has travelled through time and space on a mysterious quest.

In a truly unexpected plot twist, the outcome of the quest turns out to be that love is the most important of knightly virtues. But, as well offering some nuggets of wisdom from the charming Sir Cole, the film also confirms that at least two of Netflix’s Christmas rom-coms are connected, maring the birth of the Netflix Christmas Cinematic Universe (NCCU).

The reveal came when Brooke (Vanessa Hudgens), her family and Sir Cole were decorating a Christmas tree. As Sir Cole and Brooke bond, Brooke’s sister shows her daughter a giant acorn decoration her dead grandparents brought back from their trip to Aldovia. For the uninitiated, Aldovia is the fictional country where the Christmas Prince movies are set. Talk about unexpected plot twists.

The existence of a shared universe was also addressed by Vanessa Hudgens. Speaking to TheWrap, Hudgens said: “It’s just kind of fun […] to create an entire new universe where everything is interconnected. I think they’re just like fun little nuggets for the audiences to pick up if they’re fans of the genre”. Does this mean the upcoming A Christmas Prince 3: The Royal Baby might somehow reference The Knight Before Christmas? It’s definitely a possibility.

Whether The Princess Switch is part of the shared universe remains to be seen. There is, of course, the small detail regarding Vanessa Hudgens starring in both films. But, considering The Princess Switch centers around two doppelgangers who switch places and the second film will introduce a third doppelganger into the mix, it’s not impossible. A Knight Before Christmas sequel could easily establish Brooke as a fourth doppelganger, giving fans the NCCU/Orphan Black crossover they didn’t know they wanted.

Next: 13 Unconventional Christmas Movies You Need to Watch

Tags:
netflix,
a christmas prince,
the knight before christmas