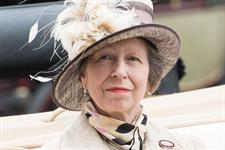 A culture of large organisations taking on contracts for local services they are not familiar with is “reprehensible” and a charity being reliant on certain forms of funding risks its volunteers being used as “cheap civil servants”, Princess Anne has told charities.

Speaking last night at the annual Hinton Lecture, which is run by the National Council for Voluntary Organisations, the princess said her experience of being the royal patron for the Carers Trust had led her to be wary of local services being contracted out to organisations with little understanding of the local community in which they are then operating.

She cited incidents where contracts for local services are put out to tender by the local authority and taken on “by an organisation that is great at contracts, but does not understand the subject and has never done it”.

The princess, who works with about 300 UK charities, said: “I am sorry but I think that is completely reprehensible. Whatever value you think you’re getting out of that, it won’t be the one that makes the difference to carers.”

She also warned that being reliant on funding from outside sources, such as the government, risked volunteers being viewed as “cheap civil servants” and gave the funder more control over how the charity operated and achieved its goals.

“We need to get the concept of responsibility and trust back into what I’m afraid has been overtaken by contracts,” she said.

A charity should also try to remain as independent as possible, the princess said, and retain control over how it spends the money it raises.

She also told the audience that she would like to see more people who want to make a difference join existing organisations that were already well-placed to tackle the issues the volunteers were interested in.

“It strikes me when I see inspiring individuals who set up another charity, you wish they would look around first,” Princess Anne said.

“Do they realise how much the lawyers and the accountants are going to cost them? It would be way better if they shared it with someone else who already has that problem under control.”

She called for the voluntary aspect of charitable work to be retained, and warned against too much professionalisation in the sector.

She also said charities should ensure that volunteers did not feel obliged to carry out training as a requirement of their role but as an option if they wanted to do better work.

In response to a question on measuring the impact of a charity’s work, the princess warned against an overreliance on statistics when evaluating charitable projects.

“If you know what you are doing and what you want to achieve, you will have to have your own evaluation process,” she said.

“It will be different for every organisation. There is no doubt that there are some simple things you can measure in terms of your level of success, but there are others that will be those grey areas where you can only get a sense through feedback probably from your volunteers and the communities in which you work.

“Evaluation is crucial, but I would just be wary of too much of the statistical element of it.”

She also called for charities to remember why they were set up in the first place, and keep to the original mission as closely as possible.

“You end up never having to forget the things you did when you first started out, as they are still relevant,” she said.

“I think that’s part of what agencies should remember from time to time – the origins are what they should be doing. Some aspects have changed, but the origins remain absolutely key.”