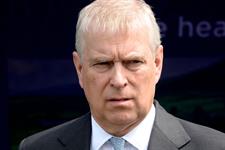 Action on Hearing Loss has become the latest charity to sever connections with Prince Andrew, who has been its patron for the past six years.

The charity said in a statement today that after its senior management met the prince last week, trustees had agreed that it would be appropriate for him to step down as patron with immediate effect.

He had been the charity’s patron since 2013, taking over from his father who had held the position since 1958.

Yorkshire Air Ambulance and the Royal Philharmonic Orchestra have also been among the charities to cut ties in recent days with the embattled prince, who said he would step back from charitable duties in the wake of the BBC Newsnight interview about his relationship with the convicted sex offender Jeffrey Epstein.

The statement from Action on Hearing Loss said: “On 21 November, our senior management met directly with HRH The Duke of York following his announcement that he would be stepping back from public duties.”

“The charity’s board of trustees agreed that it would be appropriate for HRH The Duke of York to step down as our patron with immediate effect.

”We would like to thank the royal family for their considerable support over many years.”

A statement from Yorkshire Air Ambulance said the charity had “withdrawn its connection” with the prince, partly because of concerns about the possible effect on donations.

“Following the recent announcement from Buckingham Palace, along with increasing staff, volunteer and donor opinion, the Yorkshire Air Ambulance trustee board has decided to withdraw from our connection with HRH The Duke of York, and as such, he will no longer be the royal patron of the YAA.

“As a charity funded generously by public donations, we must seriously consider the opinions of our donors and supporters, and this has been a significant factor in reaching this decision.”

The Royal Philharmonic Orchestra said last week that it would “part company” with immediate effect with the prince, who had been its patron for the past 15 years.

The prince last week resigned from roles as patron of the Outward Bound Trust and the English National Ballet.