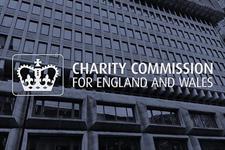 The regulator has today issued advice to the voluntary sector’s trustees on dealing with the cost-of-living crisis – including what to do if a charity needs to merge or close.

The Charity Commission’s end-of-year document is direct about the challenges that are ahead in 2023 and offers advice on how to face and deal with them.

It says: “The Charity Commission recognises that many charities are facing difficult circumstances resulting from rapidly increasing costs.

“These financial challenges can have a major effect on charities and those who depend on them.

“This guidance is for trustees, especially trustees of smaller charities, who may need help when facing difficult decisions about their charity’s financial position.”

In terms of duties and decisions, it says decisions must be “in the best interests of the charity and legally sound”.

It warns of the difficulty of finding a balance between:

The regulator says trustees must “assess the risks that may arise from the decisions they make”, adding: “We recognise that these decisions will often be difficult, that there may not be an obvious ‘right’ decision, and that charities may be dealing with high levels of risk during the current cost-of-living pressures.

“The commission also recognises that things may go wrong despite the best efforts of trustees to act in their charity’s best interests.”

Trustees were advised to track all current and future payments, how much cash is available and what income is expected – and carry out “robust and frequent reviews of the cashflow forecast”.

The commission said, when the charity’s survival was at risk, trustees should look into options including:

There was also the possibility of freeing up some restricted funds – but any such change would require Charity Commission authority.

Another option flagged up was to talk to funders and see whether it was possible to increase their grants.

However, with the financial crisis showing no signs of improvement, the guidance does not shy away from the possibility of charities having to merge or close.

It says: “Financial pressures may mean that charities need to reassess how they operate to avoid reducing services or closing down.

“In some cases this may be through collaborating or merging with one or more other charities.”

The guidance adds: “In a minority of cases, after full consideration of the circumstances and the options, trustees may decide that closure of their charity is necessary.”