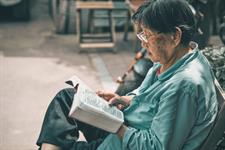 A care charity has been ordered to pay more than £40,000 to 12 former employees, after a tribunal upheld claims of unauthorised deductions from wages.

This follows a ruling from July that forced the charity to pay a former employee more than £20,000.

The court heard that the charity, which provided care services at its day centre and at service users’ personal residences, stopped paying wages and furlough to any of the 12 complainants at different points in July 2021.

Throughout the Covid-19 pandemic, nine of them continued to work as home support staff, while three, including the two working at the day centre, were furloughed, the court heard.

According to court documents, all 12 employees had worked with the organisation as carers/ personal assistants for varying lengths of time between 26 years and four months.

All complainants told the court that their respective employment was terminated at the end of September 2021, when the national furlough scheme ended.

The court also heard that the charity had failed to provide staff with a statement of terms and conditions of their employment and regular payslips.

Employment judge McManus ruled that all complainants were entitled to wages from 1 August to 30 September 2021, as well as holiday pay, and two awards for failure to issue a statement of particulars of employment and failure to issue regular payslips, respectively.

The judge also ruled that the three members of staff who were on furlough were entitled to statutory redundancy and statutory notice payment.

According to court documents, the charity’s registration with the Care Inspectorate was cancelled.

The charity is unable to lawfully provide its services without Care Inspectorate registration, the documents said.