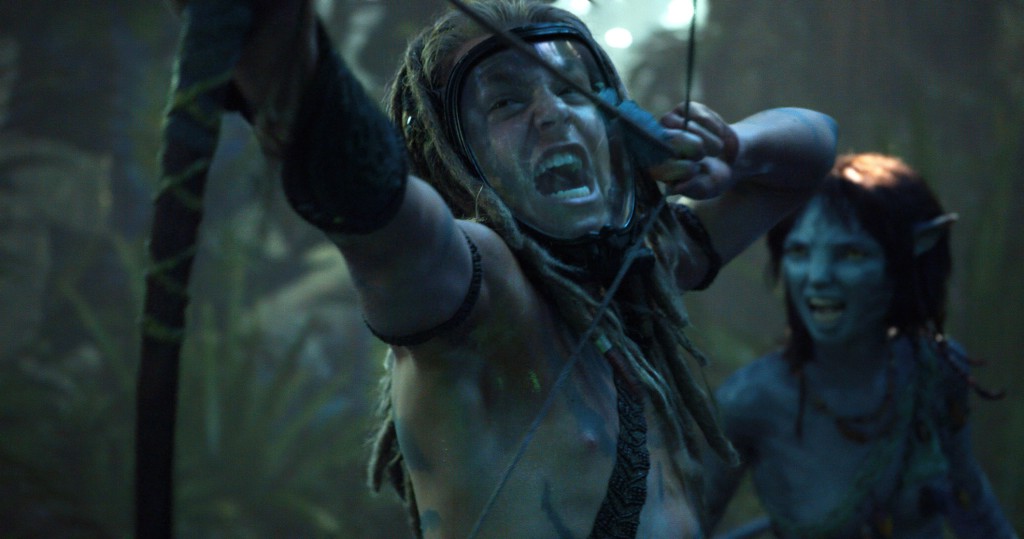 FRIDAY MIDDAY UPDATE: Disney/20th Century Studios’ Avatar: The Way of Water is heading to a $55M Friday at 4,202 theaters, which is inclusive of its $17M Thursday previews, and the 6th best Friday ever in December, ahead of The Hobbit‘s $37.1M back in Dec 14, 2012. I’m told at this point in time this could still get the movie to over $150M for the weekend. Some sources are seeing $120M for the weekend, but I’m told that they don’t have access to the presales and play pattern of those advance ticket sales.

That said, if Avatar 2 comes in under its $150M expectations, it’s because audiences are waiting to secure ideal seats in a premium format — and the best time might be after this weekend. I’m hearing in markets like NYC and LA, it’s difficult to get an Imax, Dolby or PLF ticket for this weekend. While there’s plenty of 3D showtimes for Avatar 2, the U.S. marketplace is underscreened when it comes to Imax, Dolby and key PLFs, particularly in regards to the demand here. Per recent MPAA stats, only 35% of the 43,6K screens stateside are digital 3D.

We all know moviegoing explodes after Christmas, so the best measure of Avatar 2 is its hold in weekend 2, heck, let’s see where the running total is by end of New Year’s weekend.

FRIDAY AM UPDATE: Disney has officially reported that Thursday night previews for Avatar: The Way of Water stand at $17M — just as we were figuring. The foreign running total at end of Thursday is $50.4M, not including China. PRCs first day looks to be around $18.5M putting the running global total of the James Cameron directed sequel at just under $86M.

Critics on Rotten Tomatoes may have simmered to 79% fresh, however, audience reactions as polled by Comscore/Screen Engine’s Posttrak are through the roof at 5 stars, 91% and 82% definite recommend. They’re numbers any studio would crave. Audience make-up was 89% general, 5% parents, and 6% kids under 12. Men turned out a bit more than women at 59% to 41%. The 18-34 crowd repped 61% of all ticket buyers last night. Those over 45 were 14%. Those under 25 repped 41%. That latter number is potent given how some were concerned how older skewing this property would be. Again, the older Avatar fans will find their way to this movie with the right seat, right format they desire. No one wants to rush to see this sequel and be stuck in a 10 A.M. front seat in 2D. Diversity turnout was 35% Caucasian, 29% Latino and Hispanic, 15% Asian, and 13% Black. These demos will change throughout the weekend.

Again, as we told you that preview figure is in the vicinity of Guardians of the Galaxy Vol. 2 and The Batman. It’s also ahead of the $15.3M preview night of Jurassic World: Fallen Kingdom, which started its showtimes at 7PM (to Avatar 2’s 3PM) and went on to post a $58.5M Friday, $148M opening weekend.

Disney is reporting that the 20th Century Studios title overperformed with 61% of the preview business from 3D showtimes. Broken down that’s 29% traditional 3D, 15% Imax 3D, 14% PLF 3D and 3% Motion 3D. In North America, 404 IMAX 3D screens delivered $2.63M in ticket sales repping 15.5% of the sequel’s domestic B.O. last night. Among the Imax records: 2015’s Star Wars: The Force Awakens stands as the large format exhibitor’s biggest opening stateside with $30M, repping 12% of that pic’s $247.97M opening weekend. Christopher Nolan’s Interstellar stands as the top movie with the largest share of Imax ticket sales during its opening weekend, that being 26% ($13M of a $50M opening weekend).

RELATED: ‘Avatar: The Way Of Water’ Trailer: Return To Pandora With A Mighty Heartbeat

We’ll have more updates for you as they come.

PREVIOUS EXCLUSIVE: We are hearing from our sources that James Cameron’s sequel to his highest grossing movie in the world, Avatar: The Way of Water, is currently on its way to a $17M Thursday night from showtimes that began at 3PM.

Here’s what you have to keep in mind about Avatar 2: People are going to flock to this by appointment viewing. It’s for that reason why distribution sources are expecting this movie to hold weekend to weekend, even if it comes in the low end this weekend. Avatar 2 won’t be frontloaded like Marvel pics (Note Black Panther: Wakanda Forever posted a $28M Thursday night, an $84.2M Friday and $181.3M 30-day). Moviegoers seeing Avatar 2 want the perfect seat, perfect time, perfect format. I’m hearing that showtimes for prime 3D, Imax, Dolby and premium format viewings are hard to come by in LA, NYC and Phoenix. It’s the experience auditoriums which will be the drivers of this pic’s weekend ticket sales.

Through this AM, box office analytics corp EntTelligence reports that the preview night and opening day of Avatar 2 represent only 53% sales are for opening weekend, “which is a very good thing,” reports the org.

“It means that this movie is not front loaded with steep box office drops.  By way of comparison, a superhero movie often has 70+% of PreSales in for Preview Night/Opening Day.  Lower than 70% is a strong indicator of success.   53% eclipses that benchmark,” reports EntTelligence.

The sequel has been Fandango’s #1 ticket-seller every day since Monday, Dec. 5. The Jon Landau produced sequel has also seen the largest share of 3D ticket sales on Fandango since 2015’s Star Wars: The Force Awakens. According to a survey of more than 4,000 Avatar 2 ticket-buyers, 79% want to see more blockbusters in 3D or premium large screen formats.

First day overseas B.O. for Avatar: The Way of Water per Nancy is $15.8M from 15 material international box office markets, including France, Germany, Italy and Korea, and another $5.4M from sneak previews in China for a grand running total of $21.2M.

Avatar: The Way of Water is 80% certified fresh among critics on Rotten Tomatoes, just under the 82% they gave it for 2009’s Avatar.