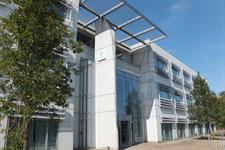 The charity concluded 38 safeguarding investigations in 2021/22 and upheld or partially upheld complaints in 24 of those cases, according to its annual report for the year to the end of March 2022, which was published yesterday.

The accounts say the charity is “determined to continue to improve our safeguarding so that our work takes place in as safe an environment as possible”.

The government yesterday lifted its ban on Oxfam GB bidding for public contracts, which had been introduced in April 2021 after bullying and sexual abuse allegations were made against its staff in the Democratic Republic of Congo.

As a result of these investigations, 10 people were dismissed from the charity and it issued three formal warnings.

Oxfam GB took other action, including demoting individuals and sending them for additional training, in 12 cases.

A spokesperson said Oxfam GB had reported all safeguarding allegations and its findings to the Charity Commission as well as relevant governments and donors.

The report says: “The majority of incidents were in our procurement activities.

“Oxfam operates in many challenging environments where the risk of corruption is among the highest in the world.”

The losses are equivalent to less than 1 per cent of the charity’s total annual income.

Oxfam GB returned six donations in 2021/22 after concerns that the money had been collected from people who were vulnerable, the accounts show.