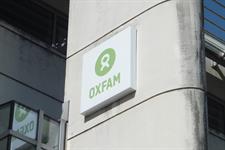 Oxfam GB raised more than £370m last year as it partially recovered from the financial impact of the pandemic.

This is still substantially lower than the charity’s record income of £434m in 2018/19.

Oxfam GB ended the year with a surplus of £44m, compared with losses of more than £24m when Covid-19 hit trading and fundraising income in 2020/21.

The accounts are published on the same day that the government has announced Oxfam GB will be eligible to apply for new public funding once again, 18 months after it was suspended from applying because of safeguarding concerns.

Fundraising from legacies was up sharply, from £14m to £20.1m, while the amount Oxfam GB distributed on behalf of the Disasters Emergency Committee rose from £4.8m to £18.8m.

Trading income, the overwhelming majority of which comes via Oxfam GB’s network of more than 100 charity shops, more than doubled from £39.4m to £88m.

Its shops were forced to close for several months under Covid-19 restrictions in 2020/21.

Trading generated profits of £19.3m for the charity, a year after it made losses of £24m.

The accounts show that the number of staff at Oxfam GB, measured as full-time equivalent, has fallen from 4,145 to 3,886.

The charity started a restructure programme in 2020 and the wage bill fell 16 per cent from £64m to £53.8m last year. Total spending on campaigning and advocacy dropped from £6.6m to £3.9m.

It spent £900,000 on staff redundancy and terminations payments, taking the total to £4m in the last two years.

Oxfam GB’s reserves have grown from £40.7m to £44.6m, as it looks to rebuild its savings to pre-Covid levels.

Danny Sriskandarajah, chief executive, said: “We are extremely grateful to the incredible generosity of our supporters and volunteers who share our vision of a fairer and radically better world.”

He added: “Having weathered the impact of the pandemic on our finances and operations, Oxfam is now better placed to support our partners and communities around the world as together we face the challenges of the cost-of-living crisis and economic uncertainty.”