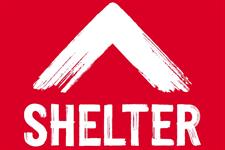 Unite members at the homelessness charity Shelter have voted to go on strike in a row over pay.

The union said that Shelter needed to “put their house in order” as it prepared to announce which days will be affected by industrial action.

Unite balloted its 450 members at Shelter last month after describing the charity’s pay offer to staff as “insulting”.

It has rejected Shelter’s offer of a 3 per cent pay rise with an additional £1,500 payment to all employees to help them during the cost-of-living crisis.

The union argued that the charity could use its reserves to help fund a higher pay settlement. Shelter’s reserves are worth £14.7m, according to its most recent annual accounts.

“Management at the charity have a very short timeframe to put their house in order before details of strikes are announced.”

Tim Gutteridge, director of finance and strategy enablement at Shelter, said: “Unite have informed us that their members have voted in favour of industrial action.

“While we await further details on when this industrial action will take place, we will continue to engage with the union.

“While this is not the outcome we wanted, we respect people’s right to strike.

“Some of our services and shops may be impacted when the action takes place. However, we will make every effort during this period to continue to serve those most in need of our help.

“We recognise the contribution made by all our colleagues in our shared mission of ending the housing emergency.

“Our ambition remains being able to support colleagues through these challenging economic times, while also being able to deliver our frontline services and campaign work as the housing emergency worsens.”