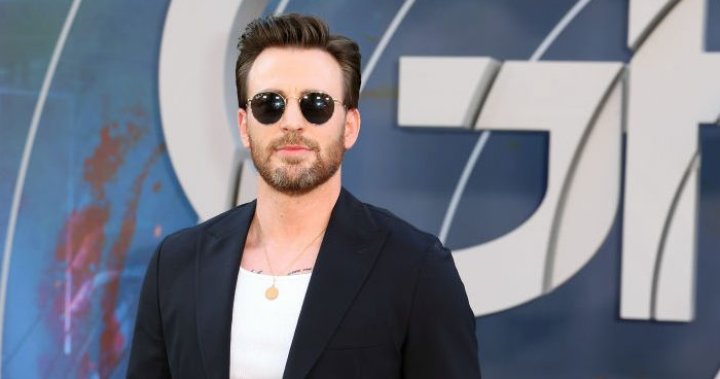 Whether you know the actor for his portrayal of Captain America or his cable-knit sweater in Knives Out, Chris Evans is a certified hottie.

In an interview with the outlet, the Marvel actor was coy in accepting the title, but said at least one person, his mother, would be delighted by the news.

“My mom will be so happy,” he said. “She’s proud of everything I do but this is something she can really brag about.”

During the magazine photoshoot — in which Evans sported several casual looks, all paired with jeans — the actor claimed his middle-school self would also be thrilled to be declared the Sexiest Man Alive.

“He’d be pumped,” Evans told the outlet. “This would probably be the road to the cool table, which I was not at.”


In the present day, Evans is skittish about publicly calling himself “sexy.”

“This whole thing is tough to be interviewed about,” he claimed. “It feels like a weird form of humble bragging.”

Evans said, if anything, the new title is sure to give his friends something to bully him about.

The actor has been busy in recent years. Since his first appearance as Captain America, Evans has acted in 11 Marvel movies. He is also well-known for voicing Buzz Lightyear in the 2022 film Lightyear, and for his roles in The Gray Man and Snowpiercer.

Now, Evans said he has his sights set on the future, namely marriage and a family.

“Wife, kids, building a family, that’s absolutely something I want,” he told People. “I love love. I’m a bit of a sap like that.”

For now, Evans is a happy dog dad to his Boxer-mix rescue, Dodger.

Evans joins the ranks of several other actors to also receive the Sexiest Man Alive honour.

Hoping to beat the tourist crowd on your trip to Japan? That ship has sailed
If you’re still missing your tax refund, you’ll soon receive 7% interest from the IRS — but it’s taxable
Let The Right One In: Jacob Buster on Playing a Vampire, and Peter and Claire’s Strong Bond
Montigo’s Chrome Drinking Vessels Are The Ultimate On-The-Go Accessory
House approves tentative labor deal to avoid rail strike, sends to Senate