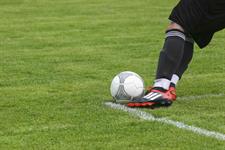 The Charity Commission has disqualified a former trustee at the charity for professional footballers as part of an ongoing inquiry.

The regulator said Darren Wilson was initially suspended from his role at the Players Foundation but had since been banned.

The decision means Wilson cannot work as a trustee or senior manager at any charity for the next four years. He has appealed against the disqualification.

Wilson joined the Players Foundation board in January 2013 and resigned this July, according to Companies House records.

As well as sitting as a charity trustee, he was finance director at the Professional Footballers Association, the players’ union.

The charity was previously called Professional Footballers Association Charity but changed its name this year after breaking all ties with the union.

The commission did not say why it had taken the action.

News of Wilson’s ban comes two months after the Charity Commission issued the charity with an official warning over its handling of funds and assets worth millions of pounds.

The regulator said the Players Foundation had not appropriately managed £1.9m that was transferred out of its accounts between 2013 and 2019.

In October, the charity raised nearly £8m through the sale of LS Lowry’s painting Going to the Match, as part of a strategy to secure its financial future.

A spokesperson for the regulator said: “As part of our inquiry into the Players Foundation (formerly the PFA Charity) we made the decision to firstly suspend and subsequently disqualify Mr Darren Wilson from being a trustee.

“Mr Wilson is now appealing these decisions in a tribunal.”

The Players Foundation told Third Sector it had no comment to make.

Crisis moves apps & data to the cloud to streamline the operation of its annual Christmas campaign to support the homeless
Nearly 20 Years After Love Actually, Hugh Grant Still Hates That Dance Scene, But Admits To Making A ‘Genius’ Addition
The best après-ski in Passo Tonale
All the Singaporean Finalists at the Asian Academy Creative Awards
CEO Trayle Shares New Video for “Craxk Flow”: Watch