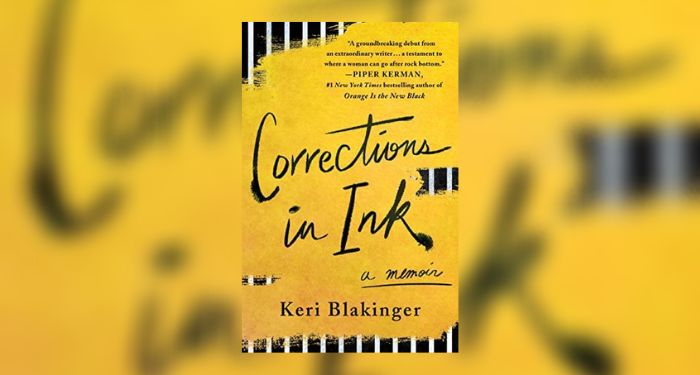 Now, Florida prisons have banned a book by a writer who formerly experienced incarceration about her experience.

Keri Blakinger is a reporter for The Marshall Project, a nonprofit news source covering all things relating to the criminal justice system. Corrections In Ink follows Blakinger’s experience growing up as a competitive ice skater who, when her skating partnership ended, began experimenting with drugs. Nine years of instability in her life involved time living houseless and struggling with substance abuse, and just when she was about to pull her life together, Blakinger was arrested. She spent two years in a state prison, leaving sober. Corrections in Ink not only tells her story but offers insight into how she used her privileges as a white woman to help others who were in positions not dissimilar to hers.

The Prison Book Program attempted to send her book to a person inside a Florida prison at Okaloosa, and it was impounded. It is up to the Florida Department of Corrections’ Literature Review Committee to determine whether or not the book can be inside the facilities, but in the mean time, it is banned from every Florida state prison.

Today In Books Newsletter
Sign up to Today In Books to receive daily news and miscellany from the world of books.
Thank you for signing up! Keep an eye on your inbox.

As of writing, the book is still temporarily banned and no outcome on a permanent decision shared.

“FWIW, Florida bans thousands and thousands of titles — including things like Dungeons and Dragons and Klingon dictionaries. They have one of the largest banned books lists of all the states with lists that I’ve reviewed. They’re the 1st I’m aware of to flag mine,” said Blakinger.

Book policies differ state to state and institution to institution. A 2019 PEN America report on prison book bans notes, “[P]rison officials generally have broad latitude to ban books based on their content, including the prerogative to develop their own rationales for why a book should be blocked.” Because the decisions about materials are made within the prison—either in mail rooms or by committees comprised of those who work for the system—there is significant latitude in interpreting these policies.

That latitude thrives in a prison system, which itself operates as a hierarchy. Censorship can happen across many arenas, without communication between and among individuals within a given prison—and even more so on a state level, despite state-wide policies meant to be uniform. PEN mentions that “content-based censorship often occurs in the prison mailroom or in the prison library—on the individual level. In the prison mailroom, individual officers are empowered to decide whether a book will be allowed to reach its intended recipient, or not,” and there aren’t formal processes for such decisions. The decisions don’t require explanations or meaningful insight. This means there may be zero documentation as to why or how certain titles were deemed unacceptable.

In Okloosa, an individual took it upon themselves to deem Corrections in Ink inappropriate, and documentation offered little insight into what the book shared that did not meet the prison’s material policy. But one complaint was enough to trigger the temporary ban statewide.

Blakinger shared to Twitter passages from the book earmarked as problematic.

“[W]hile I am not happy it is impounded, impoundment for being “dangerously inflammatory” is pretty dope,” said Blakinger. “But the idea it poses a threat to security or to the “rehabilitative” goals of prison is LAUGHABLE… my book is more rehabilitative than Florida prisons have ever been.”