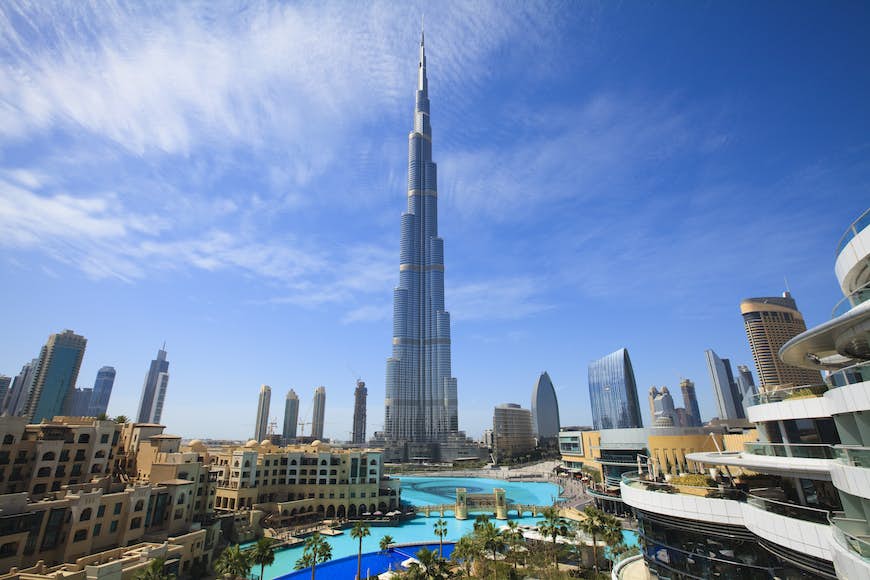 Some destinations will always get pitted against one another. In this series, two passionate writers go head-to-head to explain why you should visit their chosen destination.

Just how different are Dubai and Abu Dhabi?

While only a little over an hour’s drive from each other on the country’s Persian Gulf coast, these two major metropolises are distinctly different.

So which is the best? Let’s hear the arguments from two writers before you decide.

Why Dubai is more fun

Lonely Planet Editor-at-Large Sebastian Modak’s idea of a good time is asking a Dubai cab driver where to get lunch. And then, after a delicious meal, asking the employees at that restaurant where he should go for dinner.

But pointing to Dubai’s unmistakable appeal as a kind of living theme park for tourists is too obvious. Instead, I want to point you to its real beauty, as a crossroads of the world. Name a nationality and you’ll find it in Dubai. Sure, the same could be argued for nearby Abu Dhabi, but as a global financial center, Dubai just has more of it. And it’s a place where encountering the world – without the government bureaucrats and buttoned-up diplomats you’ll find in Abu Dhabi – is just more fun.

The real magic of the city is found where it began, along Dubai Creek and in the low-rise neighborhoods of Bur Dubai and Deira that extend on either side of it. It’s like stepping back in time – the 1960s are ancient history in a city as new as Dubai – and is a reminder of what the city was like before it started growing vertically. Follow your nose through the souks and in no time you’ll find the best Filipino, Indian, Pakistani and Iranian food you’ll find outside of the Philippines, India, Pakistan and Iran. Overwhelmed? There’s a tour for that: the women-run Frying Pan Adventures offers walking tours with a focus on the immigrant communities and their cultures that flourish away from the five-star hotels and amusement parks.

Top neighborhoods to explore in Dubai

Get the inside scoop on the latest cultural happenings all over the world delivered weekly to your inbox with our email newsletter.

Okay, but maybe you came to Dubai because you want the amusement park vibes. You can encounter the world in one of those too, at the deliciously kitschy Global Village. A kind of turbocharged Epcot Center, “village” is an understatement here. Spread over a massive space, different countries and regions are given different pavilions to sell food and handicrafts. It’s a celebration of the 190-something nationalities that make the U.A.E. the U.A.E and good, old family-friendly fun.

Abu Dhabi is your very cultured – but, let’s be honest, kind of stuffy – uncle. Dubai is your polyglot friend who knows about that one hole-in-the-wall kebab spot where you can have the best meal of your life for under ten dollars but is also going to convince you to go skydiving and splurge on beachside cocktails right afterward. And they’ll have a whole other day planned when you wake up the next morning.

Dr. Jenny Walker is a long-term resident in the Middle East where she works in higher education; she has contributed to many Lonely Planet guidebooks on the region over the years, including the first edition of the Abu Dhabi pocket guide.

The strait-laced alter ego of Dubai? Abu Dhabi only appears as such to those who don’t know better. And you could be forgiven for not knowing better because, where Dubai likes to talk itself up, boasting ‘biggest’ this and ‘fastest’ that, Abu Dhabi doesn’t feel the need to brag, quietly confident as the Emirati capital.

Modesty shouldn’t be confused with mediocrity, however, and Abu Dhabi is no stranger to world records. But where Dubai measures firsts in terms of tower blocks, Ferris wheels and shopping malls, Abu Dhabi’s best lists are more culturally unique. Take the magnificent Sheikh Zayed Grand Mosque; with its 100,000 tons of marble fashioned into 80 domes, 1000 pillars and four 107m-high minarets, it’s a masterpiece of contemporary Islamic design. Accommodating 40,000 worshippers, the great prayer hall, lit with 12 tons of crystal chandeliers and burnished with 40 kilos of 24kt galvanized gold, houses the world’s largest hand-knotted carpet. Weighing in at 38 tons, that’s a superlative to boast about!

Or let’s talk dynamic innovation. There’s Capital Gate, a building with the world’s greatest tilt, or Masdar City, built with recycled materials and focused on energy efficiency. The Saadiyat Cultural District will showcase the largest cluster of cultural structures built this century and already Abu Dhabi Louvre is breath-taking with palm-frond-inspired interior and wealth of art displayed within.

Prefer theme parks to museums? Abu Dhabi has those too. In fact, it has a whole island dedicated to high-adrenaline fun with a Grand Prix circuit and twilight racing showing off the Yas Island marina complex to its most glittering advantage. Next door, the world’s fastest rollercoaster, at Ferrari World, hurls the brave from zero to 240km/h in 4.9 seconds.

So no, this capital city is not shy of world records, nor is it as parochial as its neighbor would have you believe. Abu Dhabi doesn’t need a Dubai-style Global Village because it encompasses the real thing. Grown wealthy on oil (and formerly pearling), it knows about trade and its international malls and restaurants add accretions to the cultural mix, like the layering of a Gulf pearl.

Stroll the Corniche and it’s quickly apparent that Abu Dhabi isn’t simply a blandly globalized entrepôt. It identifies with Bedouin roots, celebrated in camel races, dog-rearing at the Arabian Saluki Centre and bird-husbandry at the Falcon Hospital. In fact, Bedouin culture is everywhere in evidence – from coffee-drinking hospitality in the Qasr Al Sarab desert resort to cross-legged storytelling on a Liwa Oasis sand dune. Yes, in Dubai you can ski on a black run, but you could probably do that closer to home on real snow. Where other than Abu Dhabi, though, can you paddle by kayak through herons in a thicket of mangrove in search of sea cows?

So, let’s forget about ‘stuffy uncle’ to Dubai’s petulant nephew and think ‘sophisticated aunt’. Grown-up, multi-tasking, urbane (like the Abu Dhabi women emerging from higher education), she wears a glamorous pair of heels beneath the abaya to impress those gutsy enough to engage.

US vs. Iran: The Most Political World Cup Gets Its Most Politically Charged Match
Giving by the rich ‘verges on shameful’, says commission chair
East New York Season 1 Midseason Report Card: A Gritty Crime Drama With a Stellar Cast
Little Mermaid Actress Gets Support From Tara Strong And More After Posting TikTok Of Original Part Of Your World Recording
Terry Bradshaw’s ‘Bradshaw Bunch’ Won’t Return Due to 2nd Cancer Diagnosis