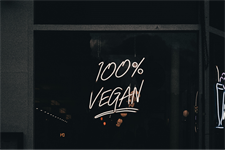 The Vegan Society is to cut 16 jobs after admitting it had been “too ambitious” and was “unable to balance its books for 2023”.

The charity made the shock announcement to staff in a Zoom team meeting yesterday.

In an internal email seen by Third Sector, Steve Hamon, chief executive of the charity, told staff the decision came “at the end of a detailed process to find as many savings as possible, coupled with setting challenging but achievable targets for next year”.

The charity, which employs 80 people, reported an income of nearly £4m and £4.1m in expenditure in the year ending 31 December 2021.

Minutes from yesterday’s meeting, seen by Third Sector, reveal that staff costs as a percentage of overall costs soared from 55 per cent to 70 per cent in a year.

Founded in 1944, the charity provides information and guidance on various aspects of veganism and is the oldest vegan organisation in the world.

A spokesperson for the charity said: “The reason The Vegan Society has made this difficult decision is because it has not seen the level of increased income that had been anticipated when planning a programme of new hires to help meet those income targets.

“The society’s revenue,” they added, “has increased this year.”

Hamon, chief executive since July this year, said: “The decision to restructure our teams and commence a consultation process with our colleagues has been taken with great sadness.

“We know this impacts real people and their families, and we implemented a number of measures to reduce operating costs before reaching this point.

“We will be following a respectful, structured process and we will be holding meaningful consultations with our colleagues, which will guide the outcome. All members of staff will be kept properly informed throughout.”

He added: “To achieve our aims of supporting the growth of veganism and advancing the rights of animals, we must expand and move veganism into the mainstream.

“As an organisation that has traditionally always exceeded its growth targets, we set ourselves targets that proved to be too ambitious in these uncertain financial times.

“We are sorry that has led to an impact on our colleagues and, as a leadership team, we are accountable for that and will ensure we achieve a better balance in future.”